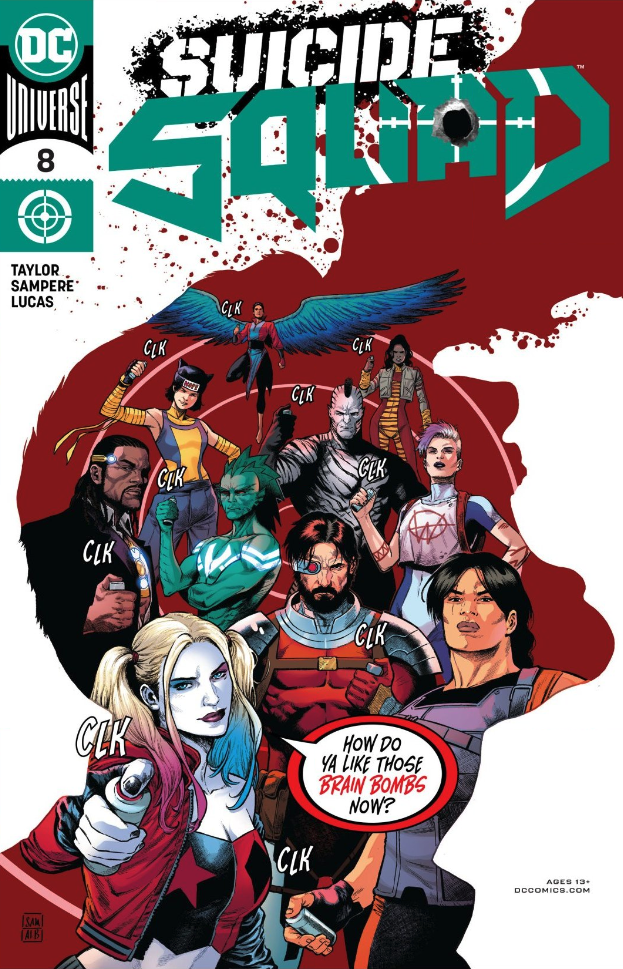 Suicide Squad #8 is the kind of issue that will make the more right-of-center comic book fans roll their eyes. Which means that I enjoyed it pretty much.

The story takes a shot at billionaires, fracking and even challenges the prison industrial complex.

To do all of this, the issue focuses on the newly freed members of Task Force X as they learn the backstory of The Aerie, the winged member of the Revolutionaries.

We soon come to find out that they were actually the child of a foreign leader of an island nation who was kidnapped. When their mother refused to negotiate with their kidnappers, they were sold off to a lab that conducted experiments (read: wings).

While in lock-up, they meet Wink, another victim of a science experiment, as well as two teenagers who can make things explode. It’s soon revealed that Amanda Waller is deeply involved in the entire process—shocker.

After going through the full emotional gamut of dealing with incarceration, the Aerie and Wink consider escaping. But it’s never easy to get out of Amanda Waller’s clutches — even with wings and the ability to teleport.

Overall, this issue will be a hit for anyone interested in The Aerie or unfamiliar characters. If you’re not, you can technically skip the issue and catch up next time and likely not miss much. But this is the kind of character development that is likely to come back up later on.