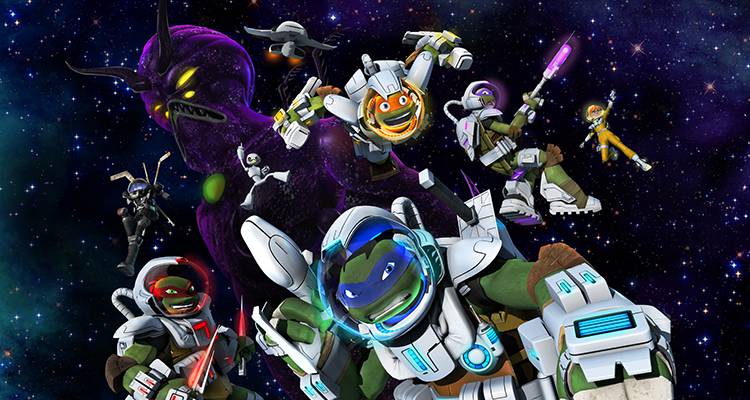 Ladies and Gentlemen, Jordan Calhoun is an enabler. Here I’ve been repressing all urges to write yet another Ninja Turtles piece (for my own good, mind you) in the wake of Nickelodeon’s jaw-dropping two-part season finale, as well as IDW’s beautifully crafted 50th issue, then here comes Jordan casually dropping a TMNT presser on my desk. I’m like “BRUH! What are you doing to me!?”

Now I’ve already spoken on the 2012 series. While yes, I wrote that article before the start of the generally fun yet uneven Season Three (they literally crammed by my estimated 5 story lines into 26 episodes, six of which were filler that took place during the Northampton arc), but you know what, I’m going to let that slide. This is a fun, creative TMNT television series that is worthy of those that came before it. It re-imagines classic characters such as the JB Smoove-voiced Bebop, who takes inspiration from Michael Jackson, and introduces new characters such as Shredder’s intimidating second-in-command Tiger Claw, voiced by Eric Bauza.

Season Four of the series picks up in the aftermath of the Season Three finale, where Krang and the Triceraton reignited an age-old vendetta which left Earth as a casualty — being sucked into a singularity as the credits rolled. Luckily for the Turtles Clan, plus April and Casey, they were saved at the last minute by none other than Professor Zayton Honeycutt also known as the Fugitoid from Planet Neutrino. Fugitoid will be voiced in this series by the man, the myth, the legend, David Tennant. This is a heavy flex on Nickelodeon’s part, casting the former Doctor to the series. They can’t possibly top this, right? WRONG! Nick done went and brought da gawd Keith David into the fray, casting him as Sal Commander. I can’t even lie, I despise all the Turtle story lines in the comics that are set in space. But real talk, I can put up with them if Keith David is involved. The fun doesn’t stop there — also joining the series is Peter Stormare as Lord Dregg, an arrogant, insectoid crime lord; Michael Dorn as Captain Mozar, the supreme Commander of the Triceraton Fleet; Lance Henriksen as Zog, a scout for the alien Triceraton army; Ron Perlman as Armaggon, a vicious, bounty-hunter robo-shark with a taste for turtle; and Zelda Williams (daughter of the late, great Robin Williams) as fan-favorite Mona Lisa, a highly skilled Salamandrian warrior. But I saved the best reveal for last — returning back to the franchise is none other than Pat Fraley who will be voicing Krang just as he did in the 80’s series. Season Four looks to be a space adventure of epic proportions as the Turtles will look to do the impossible and bring Earth back from destruction. Come on Nick, my body’s been ready!