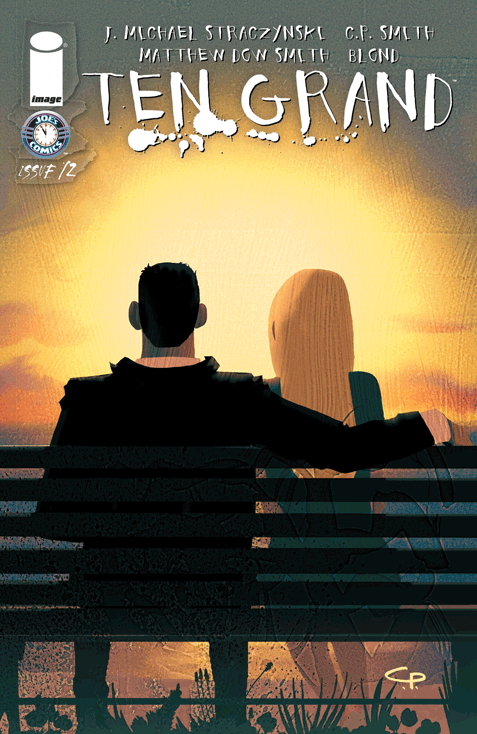 Joe Fitzgerald is the main protagonist that we need man. Joe Fitzgerald is only here for the hard shit. Just wonder what more damage can be done post angels vs demons battle in hell Joe Fitzgerald takes it to another level. When I say another level, I mean another level of hell. Straczynski shows us how far revenge can bring a man as we watch Joe (accompanied by the angel) seek out the man that set everything in motion… his boss. Who would send a sacrifice in his place to hell as payment for a deal struck with the devil. Now he currently happens to be in pieces laid out across a train track. We see Joe talking with him (and flashing back to how Joe murdered him very slowly. Making him eat his own intestines while he was alive. Jesus Joe) and discuss that they were by no means even.

Yo, lets remember that Joe is a ruthless fucking killer. Joe will duff you the fuck out over a snickers bar if need be. Now when this man is in hell telling you that he has a far worse punishment than the Prometheus shit you’re going through currently? Take heed. Joe then proceeds to use the angle to create a an escape from hell that will only work for his former employer. One that he will never reach no matter how hard he tries but he’ll still try because…

“Hope is the worst torture in hell young”. There is much more to this issue then Joe getting payback with the man that put him in this predicament to begin with. Joe also turns the tides on those that have been pulling the strings from above as well. I won’t spoil it but lets just say Joey Fitz back on his shit this issue. He “negotiates” some arrangements after all he been through and can’t no one say shit to him about it. C.P. Smith & Ben Templesmith did a great job illustrating the environment of hell this issue and so much so that when we get back to our world it is vastly relieving to the reader. you feel as if this weight has been lifted from having been down in the trenches.

I believe this is the conclusion to the book. I am unsure if there is going to be another volume or continuation of the series but this is certainly one you need to have in your collection. Ten Grand goes hard went so hard in the gritty. This is a series you give to friend looking for something dark and different. You tell’em, “I know just what you need…make sure you bring this back tho.”.