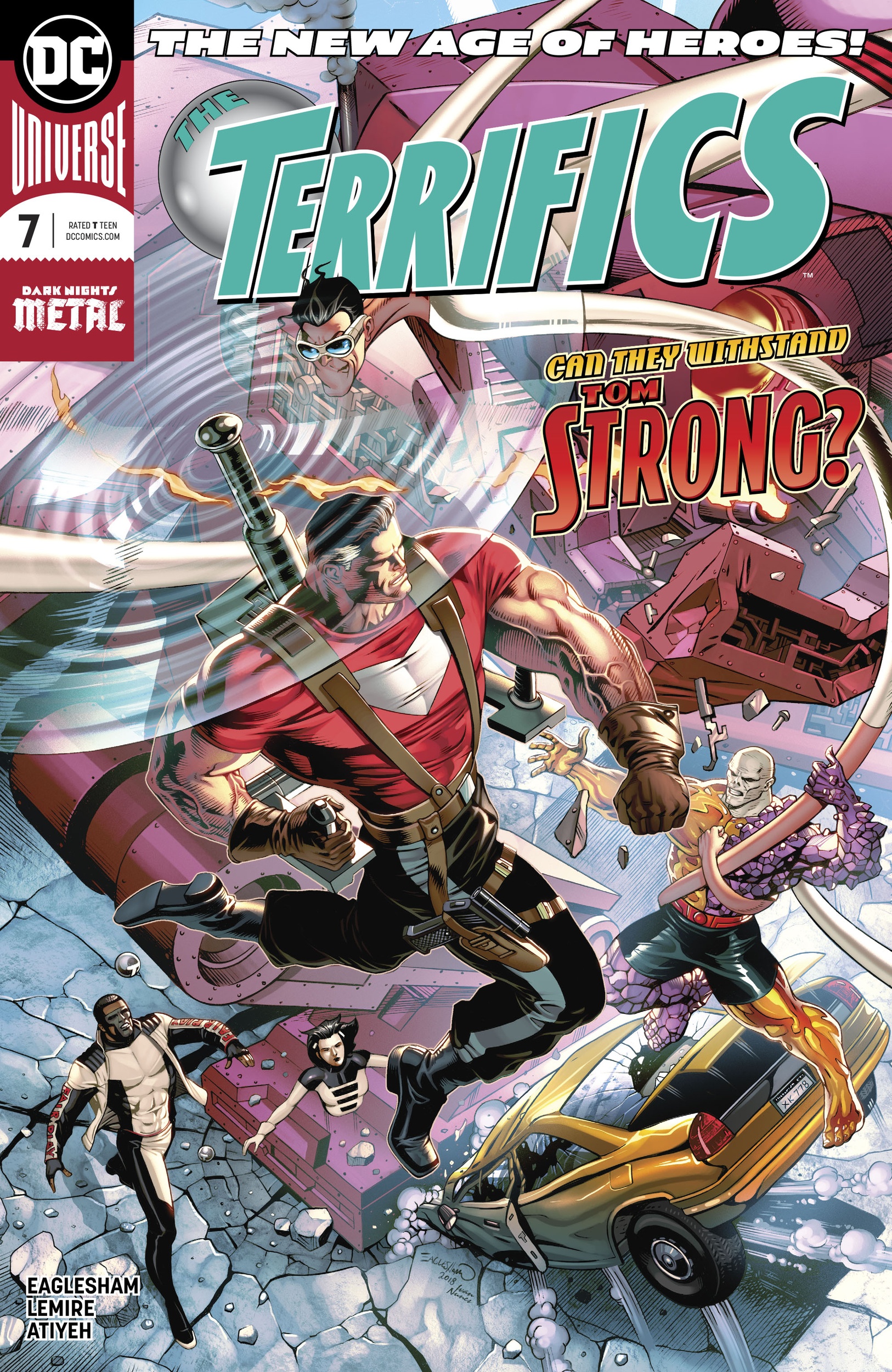 Can They Withstand Tom Strong?

The Terrifics #7 is bit of a departure from the first arc of the series, and intentionally so. After all of the hype of ‘Who is Tom Strong” subplot, we finally get to see the man/myth/legend in action. While there is a certain charm to watching a muscular man jumping out of a zeppelin, it feels like 90’s Saturday Morning cartoons and 80’s science fiction genre jaunts. The fact that Tom Strong was originally created in 1999 makes me wonder which influences came in when, but the presence of the robot butler and personal helicopter pack definitely elicit a different aesthetic than the dark cosmic horror of previous installments.

Eaglesham and Lemire are clearly having fun to the retrofuturist throwback. The dialog is full of classic one-liners and transcribed accents or noises that provide a lot of texture to the new (at least to some of the readers) characters that are in play. The artwork maintains a classic science fiction vibe, and you’ll definitely notice some throwbacks to a different found family of four science-based heroes from a different universe. 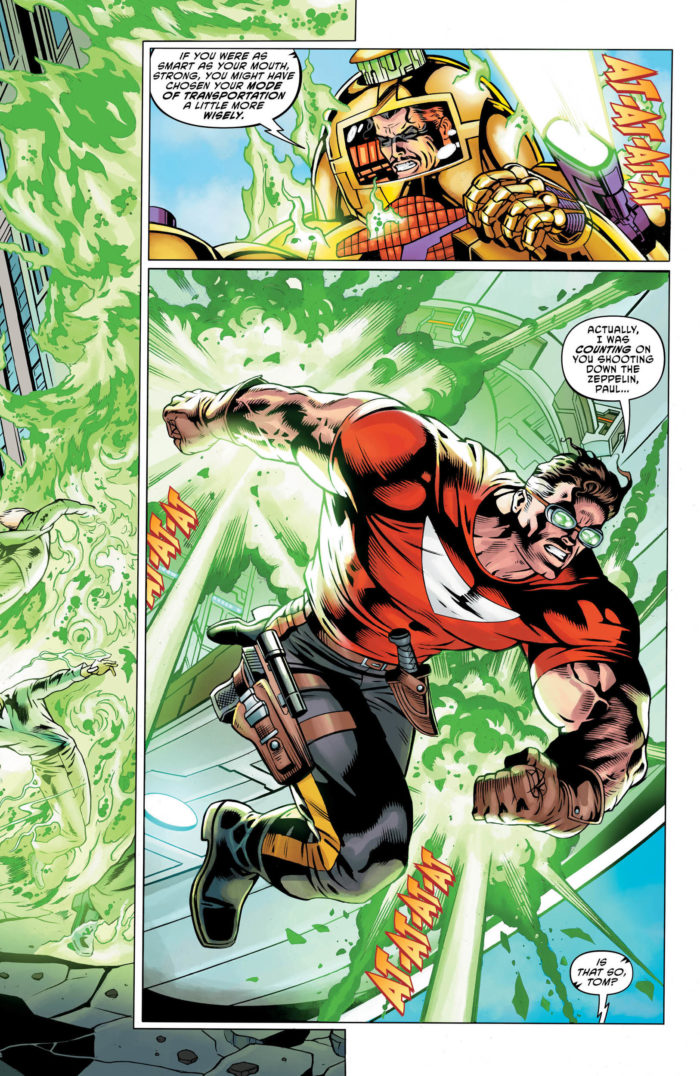 Anchoring the first half of the issue as a Tom Strong piece was a little jarring at first. While the character was in the spotlight since the end of The Terrifics #1, the immediate and active presence he suddenly had threw off the typical pacing of what I had to come expect from the series. That said, change is not necessarily bad, and the larger myth arc does benefit from this prolonged look. It’s just a slightly different tone, with a slightly different creative team.

The New Age of Heroes titles fill a very important niche. They are prompts to the histories of comics, while embellishing some newer characters in engaging storylines. Eaglesham and Lemire know how to create just the right amount of tension and suspense. I’m hoping the next installment capitalizes on the set-up here.