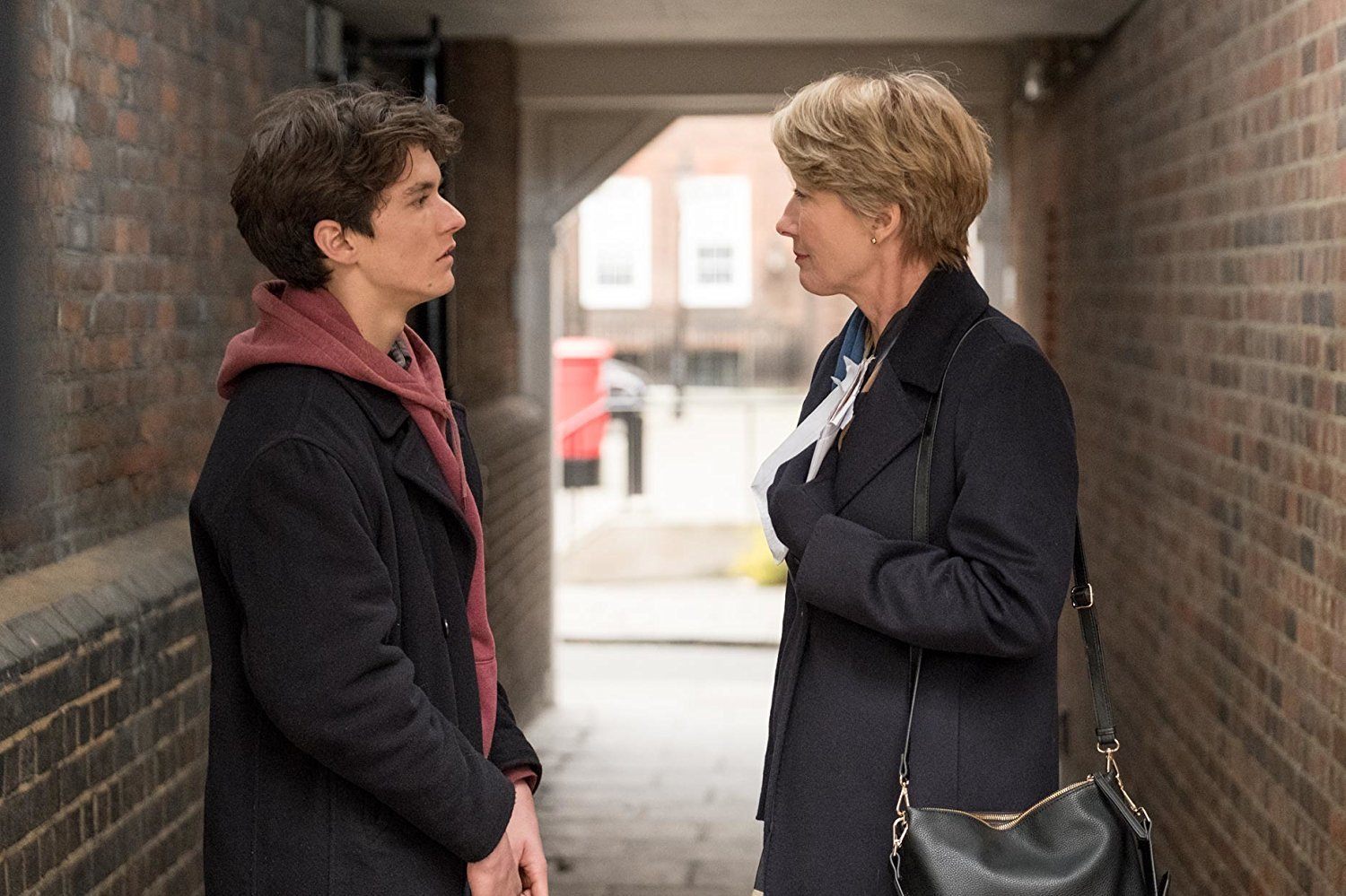 It’s that time of year again. Summer has ended, and the movies coming out start focusing on the Oscar season. The movies slow down, become methodical, and really put an emphasis on acting. The Children Act is the epitome of that train of thought. It really feels like it’s trying to make sure the Academy notices it so when the time rolls around it’ll be considered. The acting is great and emotional, but the problem is the story itself. While having some great ideas, it doesn’t all mesh together great. 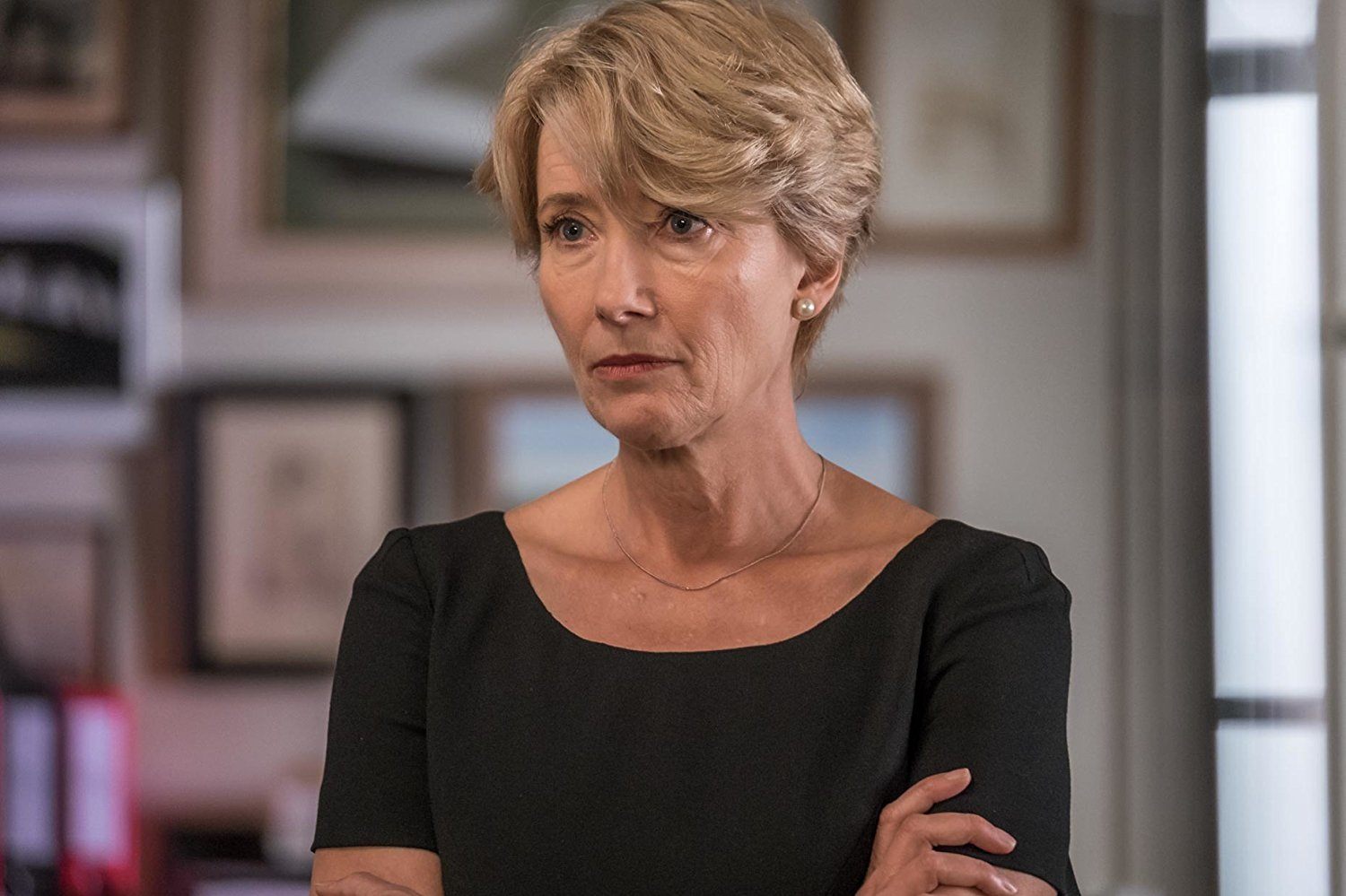 “We all make choices. Hers make history.”

The Children Act, directed by Richard Eyre and based on the book of the same name written by Ian McEwan, stars Emma Thompson as High Court Judge Fiona Maye. A hard-working Judge in London, Fiona has worked for her career and paid the price for it in her personal life and marriage. She is asked to rule over a controversial case involving 17 year old Adam Henry (Fionn Whitehead) who is suffering from leukemia. The doctors believe they can save his life with a blood transfusion; however, he and his parents are Jehovah’s Witnesses and believe receiving the transfusion goes against their religious beliefs. Since Adam is still 17, he is considered a minor, and Fiona has to decide what is best for the minor and whether or not she will force the transfusion to happen.

The acting really is top notch here, and it’s the best part of this film. The subtleties delivered in each line, the way characters would just sit there and take each other in fully, and Emma Thompson’s deliveries were really all on point here. It really does give off that Oscar feel; you can sense every actor and actress chasing that Oscar nomination. That doesn’t always work in movies, but here it really shines. And it’s probably the shiniest part of the film. It’s shot and edited well however the story just doesn’t get translated over well enough. I just couldn’t find my groove with watching the characters and their choices on screen. 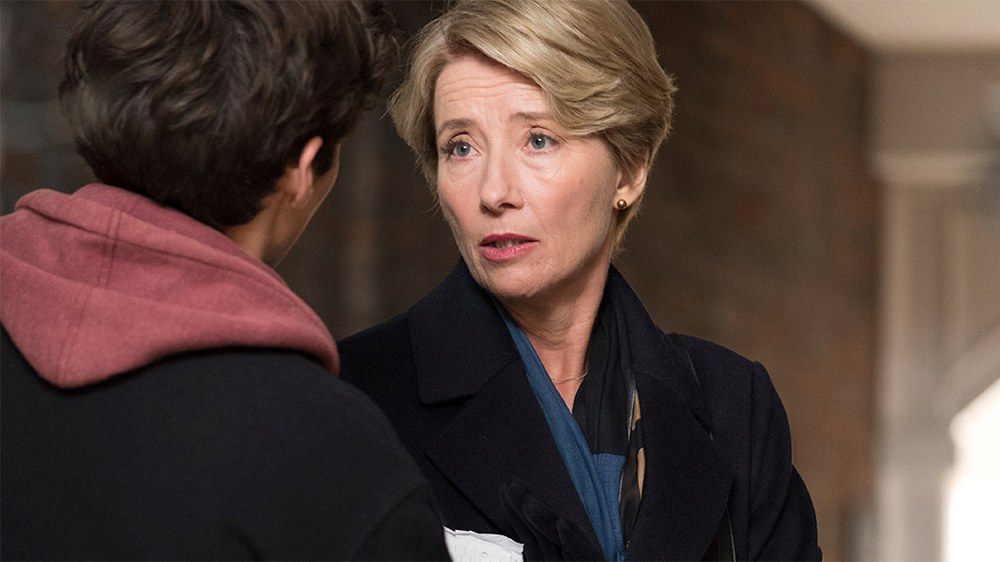 While the premise of the movie is about this looming court decision, it’s not a spoiler to say that it’s actually a small part in comparison to the rest of the film. It’s really about the character interaction and what comes from the court decision. And for me, this is the weakest point of the film.

Without giving away too much, some of the character choices just didn’t make sense to me. The way these people acted towards each other and dealt with the fallout of their actions just didn’t feel real. Mainly, how this court decision ultimately affects her life. Yes, she is the main character of the film, so that’s to be expected; however, the dealings with her and her husband, Jack’s (Stanley Tucci) feelings towards each other and Adam’s feelings towards her is just messy and uninteresting. The story just isn’t that great. Honestly, I was bored for most of it. This movie is very British and very dry. This might do it for some of y’all, but it just wasn’t for me. The only thing that kept me interested was the acting, which is great.

If you like your dramas in film form that are of the British variety then this one may be for you. For me though, while it’s a well-acted movie, I just couldn’t get over how uninteresting the actual story was that was presented. I was thinking that perhaps the story is better told in the book, like what happens so often for book to film adaptions. In that case I thought if the story is like the film, I’d just completely disinterested. The film is based on a novel and the author, Ian McEwan perhaps better known for 2007’s Atonement did adapt it for a screenplay which was used for the film. Nevertheless this wasn’t my cup of tea regardless of the fine acting attached to it. It might be best watched at home when it’s out than running out to see it in theaters. 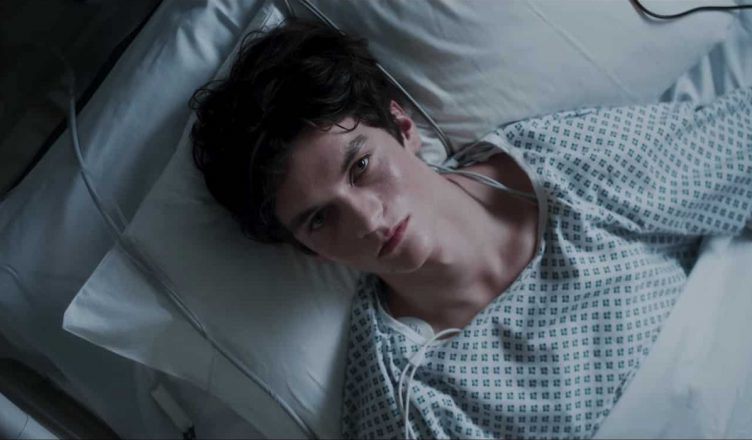