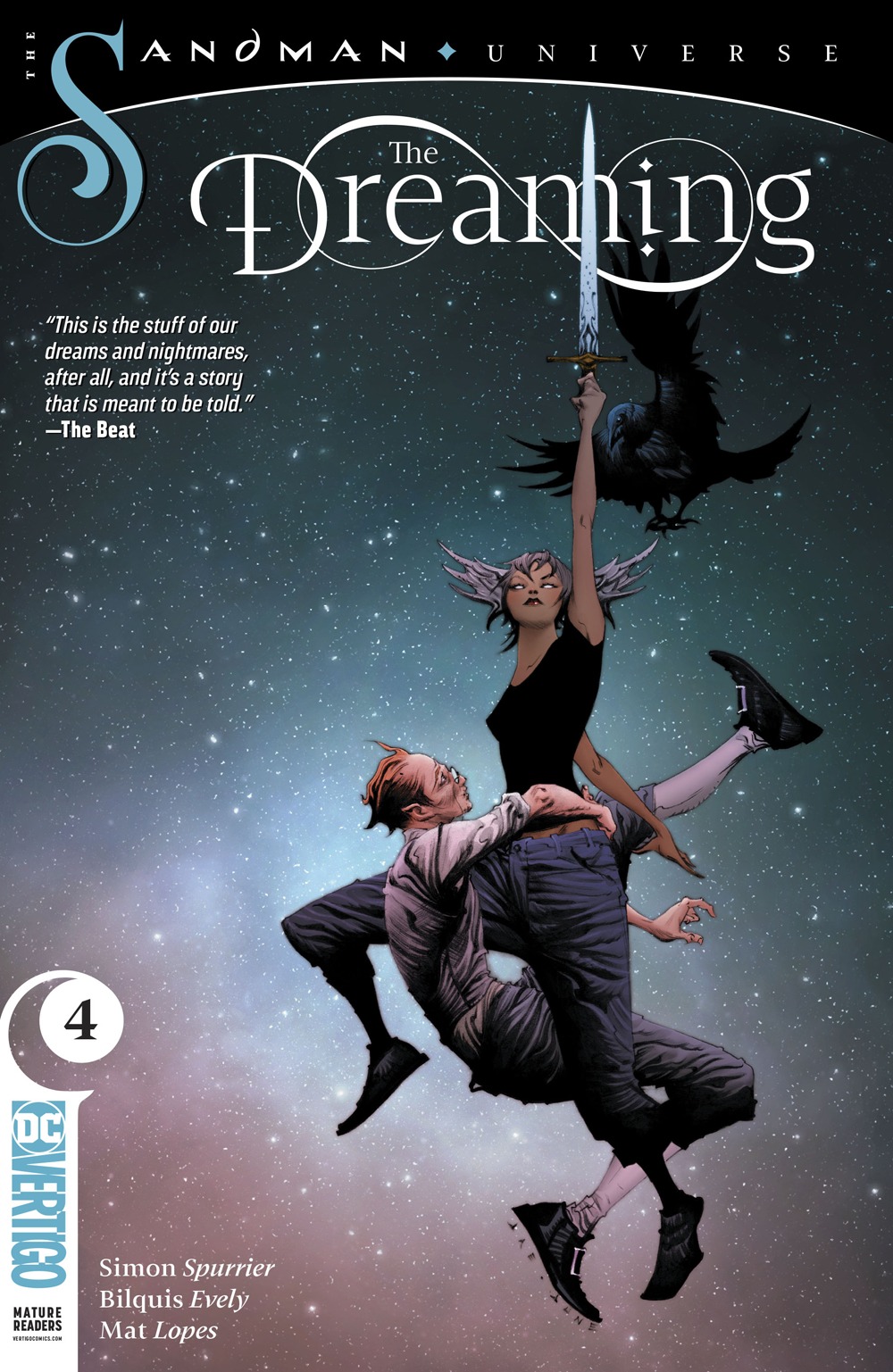 Each of The Dreaming issues, I find myself wondering if I will ever be capable of picturing a land of dream and nightmare to be anything other than Evely’s mind-bogglingly beautiful artwork. The original Sandman captured an ethereal realm, and the opening pages show that this next iteration of the Dreaming is every bit as bizarre and brazen, maybe even more so than the original. It’s a visual spectacle that sets the entire stage going forward.

Spurrier is navigating murky territories, as the central cast of the series continues to grow each page. However, the dialog remains poignant and each character’s strong voice continues to resonate as the cast slowly processes the absence of Lord Dream a.k.a. Daniel. Familiar characters react in exceedingly believable ways when faced with the actions of new characters, particularly Judge Gallows, who remains one of the more chillingly sinister figures I’ve seen in a minute. Spurrier really shines when he isolates characters individually or in pairs. The moments where Cain gets to meditate on his existence, or when Gallows and Lucien converse in tense distrust, is when the series really gets to shine. 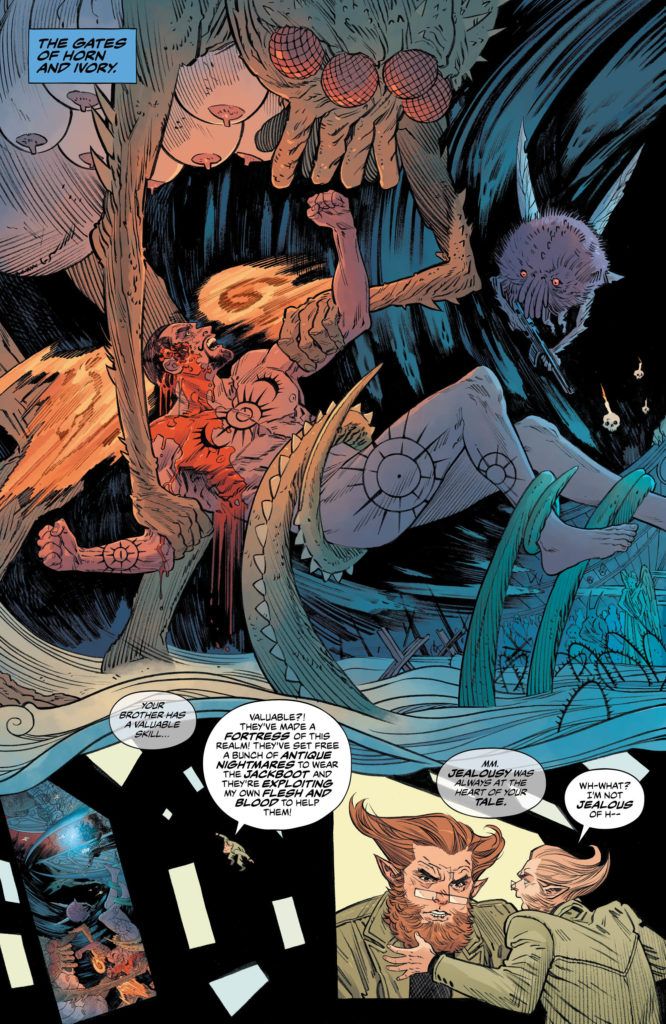 And again, Evely’s artwork is a constant revelation. Between the jaw-dropping set pieces and the brilliant character, it brings the narrative to life. You could identify characters and actions by their silhouette. The multilayered, multitextured panels and pages are impressively easy to parse as your eyes try absorbing every single detail. The artwork makes Spurrier’s story sing. This is a book that takes advantage of the blank canvas and creates a unique reading experience in and of itself.

While the first half of the issue kind felt a little encumbered, the second half continues to upheave all expectations and continues to dramatically increase the intrigue already heavily steeped into the series. If you’re a fan of the original Sandman, you owe it to yourself to see the current iteration in all of its magnificence.