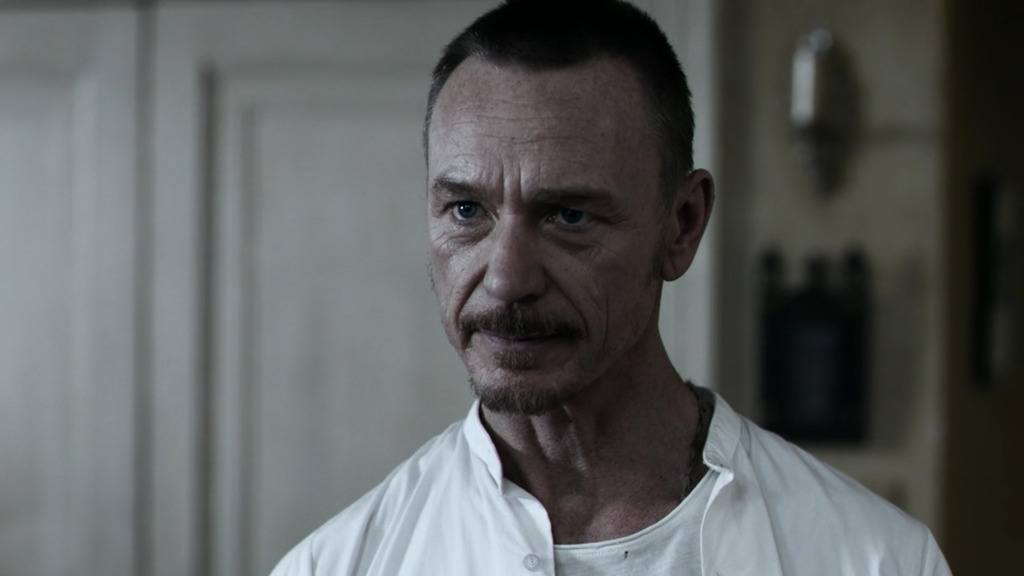 [quote_simple]“These spoilers will give you everything and more, sayeth the Lord”[/quote_simple]

Let me first start by saying, if chapter one didn’t have you hooked, chapter 2 should have your attention now! With this chapter we’re dragged further into hell. Now that we find out that Katherine is not the possessed one and it’s indeed Creepy Casey, the story can now feature a battle more epic than Goku and Kid Buu… but hopefully not so damn long, sheesh!

We open up the episode with young Father Marcus being tested by the Catholic church. We fully understand what the scene signifies later on, but jump to the present and Marcus has joined Tomas in Chicago to help with his demon problem. We fly over to the Range house where more weird shit goes down and we see Creepy Casey sitting at the kitchen table talking to herself — but it’s in a voice that doesn’t sound like her. Her mom comes in, finds her, and immediately records it with her iPad. Maybe she’ll get it on WorldStar! Tomas discusses getting an exorcism approved by his superior and he shows the video Angela took of Casey to him, and to which he replies “all this video proves to me is that this poor girl needs a psychiatrist.” In other words, “I’m not touching that mess, I’m not getting involved, I’m not about that life.” Approval denied!

Angela receives a phone call from Casey, calls her back, and there’s just heavy breathing into the phone, kind of like when a perverted stalker keeps calling you and won’t do anything but breathe. When Angela arrives home, she notices the house is empty and Casey’s phone has been sitting on her bed. Casey, Kat, and Henry arrive home and find a pile of bugs under Casey’s pillow. It kind of looks like a demonic version of the the Egg Viper in Sonic Adventure.

The next series of events had to leave your jaw dropped. Casey is playing a game of lacrosse and gets her ass tossed around like a rag doll by the opposing team. She suddenly sees a man sitting in bleachers who waves to her and she waves back. He looks like one of those guys who lost his puppy and has “free candy” in his van. Suddenly, Casey gets tired of taking that L and snaps a girl’s leg with her demon powers. I can see how these powers could come in handy!

Over at Tomas’ house, Marcus reads Jessica’s — the married woman he’s been talking to — letter to Tomas. Tomas admits to hitting that in the past before he gave himself to God. Marcus warns him that he must spill the beans on everything secret in his life because the demon will use it to blackmail him. He also states that the demon could harm important people in his life thus he must leave Jessica alone. The demon will become Mr. StealYoGurl!

Back the to Rance house, the family, excluding Angela, are playing Jenga. Game night goes left when Angela arrives home and tells Henry she called Father Tomas and believes Casey is acting creepy. Creepy Casey starts to channel her inner demon. She pulls a block from the bottom of the tower and it goes on David Blaine status and doesn’t fall. Henry can’t believe his eyes. Suddenly the tower falls and Creepy Casey gives her mom the evil stare. Jenga can really bring out the crazy in people man. Good thing they weren’t playing Uno — if Angela played a Draw 4 Casey probably would of set the house on fire.

The next day everyone helps out at St. Anthony’s for a charitable event. Tomas tells Angela that the church will not let him move forward with the exorcism and she decides to take matters into her own hands. She takes some holy water into a water bottle and hides it in her purse. Father Marcus notices Casey and cuts in front of the line to get some time with her. Mind you, this is a line of homeless people trying to get food. A priest cuts in front of a line of homeless people? I’m sure there’s a bad joke in there somewhere. Randomly, one of the homeless guys walk up to Casey like a creep and says “he chose you” and tries to touch her. Creep recognize creep, homie! Marcus swoops in like Captain Save-A-Chick and intervenes.

We now finally get to meet the infamous Jessica. Married Jessica. The girl who has tempted Father Tomas. Tomas tells Jessica about his demon situation. Romantic, right? Their conversation becomes awkward as she vents about her unhappy marriage. Jessica expects Tomas to do something about it but he like “Nah, b! You on your own with that.” Meanwhile, Marcus follows the homeless guy that tried to cop a feel from Casey. He searches his tent and finds a woman in there instead. And what do you know, she’s possessed too. Marcus whips out his cross the way he whipped out his gat on Father Bennett in chapter one, and gets to work. The demon woman laughs in his face. There is no fear in her, and she walks away. Marcus immediately realizes he’s fucked.

At dinner, Angela apologizes to her family for “being so distracted.” You can tell she is forcing herself to say that because she knows she spiked Casey glass with holy water. Holy water?! That’s some heavy stuff. As Casey drinks her water, nothing happens. She seems perfectly fine. I’m sure Angela was thinking “Damn, I thought I had her.” After dinner, Casey goes running upstairs to throw up in the bathroom; she then reaches into her mouth and pulls out another egg viper bug like thing, and that thing is huge. I’m completely grossed out at this point. She goes outside to have some time to herself. She gets a visit from the same creepy guy from her lacrosse guy and begins to have a conversation with him. Henry looks out to see her and realizes she’s talking to herself. So the creepy guy is imaginary. Just great. As if this show couldn’t get any creepier.

Tomas and Marcus have a heart to heart at his apartment. Marcus tells him the sad story of his childhood. When he was seven, his father killed his mother in front of him. He was then sold to the Catholic church where they locked him in a room with a demon. Why weren’t these people arrested? Being in that situation made him feel relief because he felt he had a purpose. Tomas softened up and old him about his conversation with Jessica. Both feeling vulnerable, they finally found some common ground.

We cut into another apartment where we see a kid coming home with his headphones on. He fumbles around his house not noticing that his family has been brutally murdered. The killer quickly finishes him off as well and harvests their organs. We later see that there’s a team of organ stealers carrying coolers into the back of a van. The news reports it being gang violence, but Marcus knows differently.

And that’s it! If you thought the premiere was a bit slow, this episode definitely turns you into a believer. The scene of Casey coughing up the bug makes you to think that the holy water helped release the demon from her. So is the Invisible Man? Who are the random people stealing organs? The Exorcist is telling a multiple stories such as Creepy Casey, other demons, the organ stealers, and even Marcus. This show is going on in the right direction and I hope it stays focused. Let’s go, Chapter Three!

Watching The Exorcist? Catch all of our recaps right here.