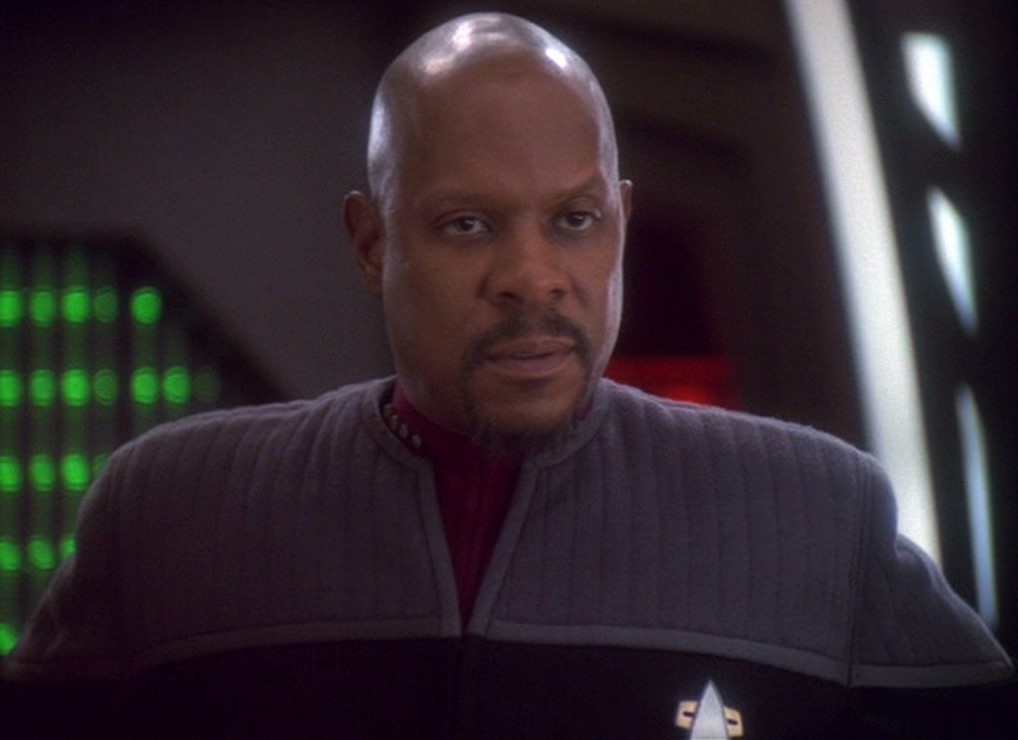 The year 2020 is a very futuristic-sounding year, but in reality, the past 7 months have shown us that we haven’t progressed as far as we’d like to believe.

We’ve had to navigate a pandemic that didn’t need to be nearly as deadly as it wound up being, while tackling social justice issues that our parents dreamed would be a thing of the past by now. Every day has been a constant reminder that we live in a facade, and that we still have so much work to do.

Since I’ve been stuck at home the past few months, I’ve dedicated myself to tackling a feat I once thought was impossible: binging the entirety of the Star Trek franchise. I’ve always loved the universe, I’ve just never had the time to actually take a deep dive. But there’s no better time to boldly go where no man has gone before than when you’re stuck at home.

Something that’s always been prevalent about Star Trek is that it exists in a future full of optimism, where humanity is united and their sights are pointed toward exploration. Capitalism is eradicated and prejudice (at least amongst humans) is a distant memory.

With everything going on in the world right now, but specifically in the United States, the future envisioned in Star Trek feels more like science fantasy than it does science fiction. I’d like to think that a future like that is possible, but I’d be lying if I didn’t say that I lose faith in that possibility every day.

That being said, there have been a few episodes that have really gotten to me and slowed my fleeting optimism. I’m sure there will be more, but right now I’m only on the third Star Trek series, Deep Space Nine (straight heat, btw), so I’m only going to focus on the three episodes with the most lasting impressions from each series to that point.

First up is an episode from the original series titled “Let That Be Your Last Battlefield.” This episode tackles racism in the best way a show from the late 1960s can. What’s always been so good about Star Trek, is that it uses science fiction as a means to educate its audience. We’re often so caught up in the way things look and the aliens on the screen, that we might not realize that we’re being taught a lesson. That’s when science fiction is at its greatest.

In “Let That Be Your Last Battlefield,” the Enterprise meets two aliens from the planet Cheron named Lokai and Bele. Bele and Lokai are a part of two races from Cheron who have been at war for 50,000 years and who have equal hate for each other. Bele’s race deems Lokai’s race, who used to be slaves, as inferior.

So what’s the difference between these two? What makes them hate each other so much that they want to kill each other?

It turns out, they are both half black and half white– literally. Split down the middle they are black and white. But Bele’s people are white on the left side and black on the right side. Lokai’s people are the opposite. That’s it. It’s this one trivial difference that has caused hatred and bigotry for generations. Sound familiar?

The crew of the Enterprise are dumbfounded. They live in a future where equality is the norm and racism is a distant memory. They can’t seem to understand why these two hate each other so much. That would be a great world to live in wouldn’t it?

This episode has one main lesson to teach: We are all the same, and the differences we see in each other are nothing more than the meaning we put behind them.

In hindsight, this episode is a little heavy-handed and goofy, but it still holds a powerful message. And honestly, who knows? Maybe it was heavy-handed back then as well. Maybe it needed to be to get its point across to the people who it was undoubtedly made for.

Sadly, we live in the real world and these issues seem impossible to tackle. Who knows if we’ll ever live in a world where we don’t see each other’s differences as weakness, or if humans inherently cling to the power behind perceived superiority.

One thing is true, though. And Mr. Spock puts it perfectly.

“Change is the essential process of all existence.”

Next up is a Next Generation episode titled “Darmok.” In it, the newer crew of the Enterprise come in contact with a Tamarian ship filled with aliens that call themselves the Children of Tama. Like most alien races in the Star Trek Universe, Starfleet is in active negotiations to add The Children of Tama into the United Federation of Planets. But the Federation has had a hard time getting them to join because they can’t really communicate with them.

The Trek universe has a piece of technology called the Universal Translator which does exactly what it sounds like it does. It works with The Children of Tama, but only to a certain extent. While it translates their words, the meaning behind them is a mystery to the crew as they speak in metaphors that only other Children of Tama understand.

This leads much of the crew of the Enterprise to reduce The Children of Tama to being dumb, but it’s Picard who realizes that their words mean something, and they just need to figure out what it is in order to communicate.

The lesson in this episode is that technology can only take us so far, but more importantly, dedicated communication is the only true way of understanding one another.

In the real world, we speak many different languages, both literally and colloquially. And oftentimes, these are barriers that seem impossible to overcome for so many people. A lot of the world’s problems are present because we just don’t know how to talk to each other. But it goes beyond that. We have to be willing to talk to each other as well. We have to be willing to learn and understand one another.

Star Trek exists in a future where that’s the number one goal. Exploration, equality, and understanding are at the forefront of the values of the United Federation of Planets, and Captain Picard is an embodiment of those values.

The last episode I’ll be talking about is a Deep Space Nine episode titled “The Visitor.” I’m not yet finished with DS9, but I’m pretty sure that no episode in the entire franchise will touch me the way that this one did. This episode wrecked me, man.

With the backdrop of Captain Sisko being a Black Captain, Star Trek’s first, there’s an added layer of meaning for me personally and so many other Black nerds like me. And on top of that, Sisko’s son Jake is a young writer.

My dad was a career Marine, and I am also a writer. So, there’s also that parallel to my life specifically.

In this particular episode, Sisko and Jake are aboard the USS Defiant, when its warp core begins to malfunction and a burst of energy zaps Sisko and he seemingly phases out of existence. Jake was right in front of him and saw the whole thing. The episode then shifts to Jake’s perspective, as he begins to cope with the loss of his father. Spoiler alert: He has a hard time.

That’s compounded when it’s revealed that Sisko isn’t really dead, rather he’s been yanked to some pocket dimension where he doesn’t age, and Jake seems to be an anchor that pulls him back to our universe at random times, only to disappear all over again.

Jake grows older, and he throws his dreams of writing away and dedicates his life to science as he’s determined to save his father. As an old man, he succeeds, and Sisko is yanked back to the moment before he was zapped so he can prevent it before it happens.

Everything happened, but it also didn’t.

While I love a good timey-wimey story, that’s not why this episode spoke to me so profoundly. It hit the way it hit because of how Black it was. But not in a performative type of way. It was authentic.

Jake loses his father. But not to the police. Not to poverty. And not to the prison industrial complex. He loses his father to a freak accident that only could have happened because of the equal access of opportunity available to Black people. And Jake in turn has the access to education and resources that can help him figure out how to save his father.

On top of that, there is no lesson in this episode, at least not in the way that there is in the previous episodes I’ve talked about. We just get to see what a Black future might look like if we can ever fix the racial inequalities we have in the world today. And that’s why it’s beautiful.

But make no mistake, this episode is still tragic; especially because it surrounds a Black man losing his life, and a son losing his father.

This all came to a head for me when I was watching this episode and I became a puddle of tears. I haven’t cried that much in a very long time. But it was a good cry. A cathartic cry. And it ultimately served as a conduit for my emotions and my feelings about everything going on in the country right now.