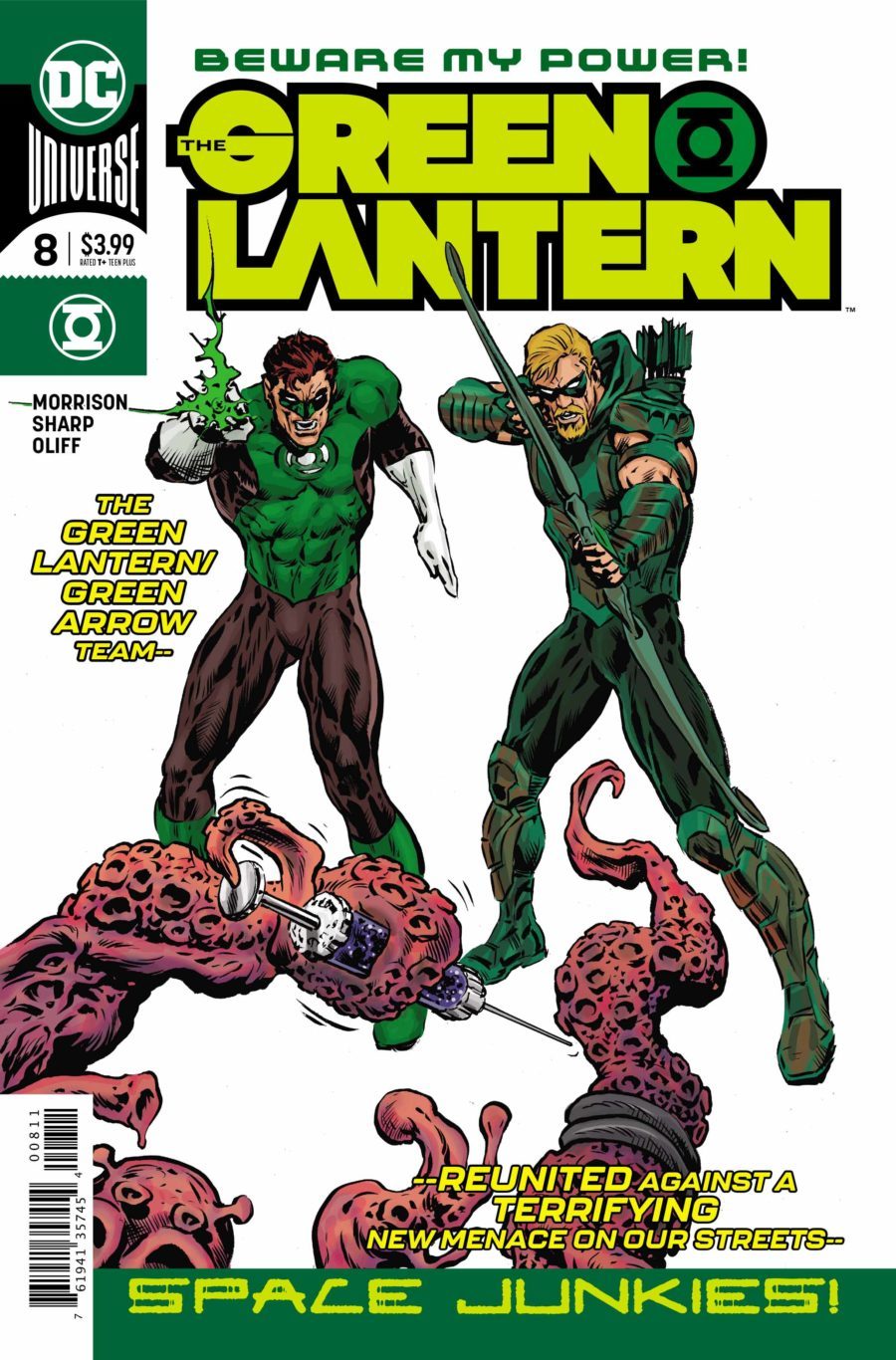 So, Issue #8 of The Green Lantern took a fun detour into somewhat familiar territory. This installment has Hal Jordan teaming up with his old pal Green Arrow for another round of Hard Traveling Heroes. What starts out as a cosmic drug deal turns into something truly bizarre in the Grant Morrison tradition. There’s plenty to love here. For one thing, Morrison quite successfully taps into the classic divide between these two heroes, the conflict between big threats and looking out for the little guy. 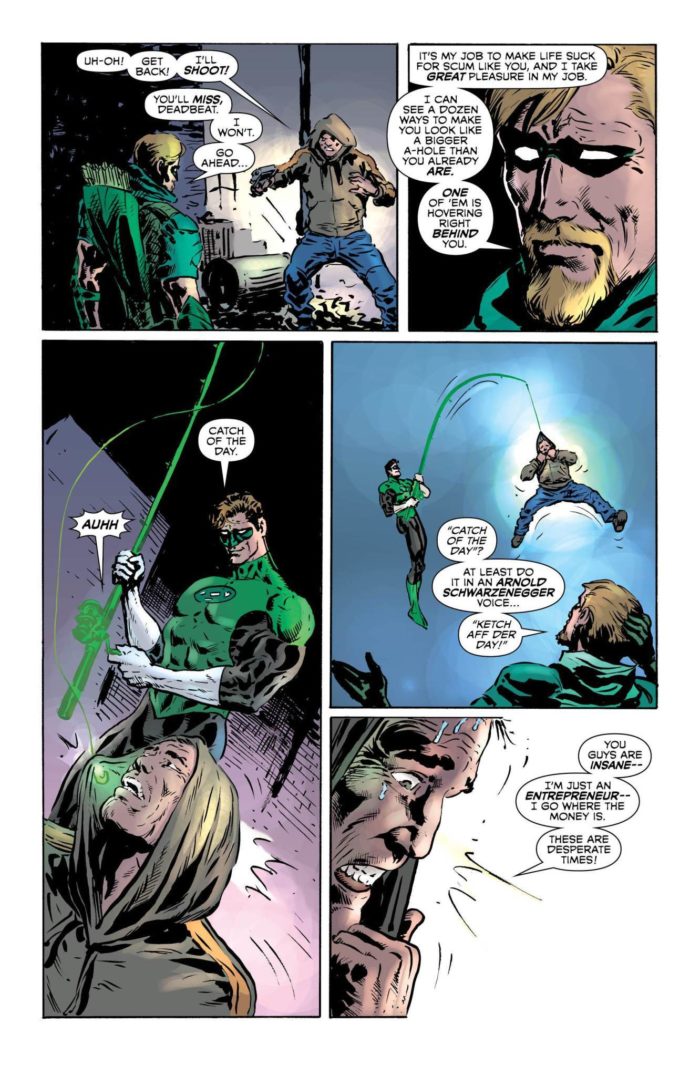 While still littered with his trademark strangeness, this issue definitely invoked the silver age Green Lantern/Green Arrow team-ups from back in the day: including the 70s melodrama of old drug bust/cop films. The book definitely has a good time. Liam Sharp’s artwork taps into the vintage vibe of Morrison’s script, channeling the GL/GA legend, Neal Adams. Sharp immaculately conveys the way this script deftly toggles between the street-level swashbuckling of a Green Arrow story and the head-scratching narrative curveballs we’ve seen throughout the series thus far.

Bottom Line: Morrison does nothing halfway, so it goes without saying that when he decided to bring back the legendary Hal/Ollie team up, it was going to be the oddest, most over the top adventure he could possibly conceive. Definitely more than worth the three or four bucks.

9 Boxing Glove Arrows out of 10

Reading The Green Lantern? Find BNP’s other reviews of the series here.