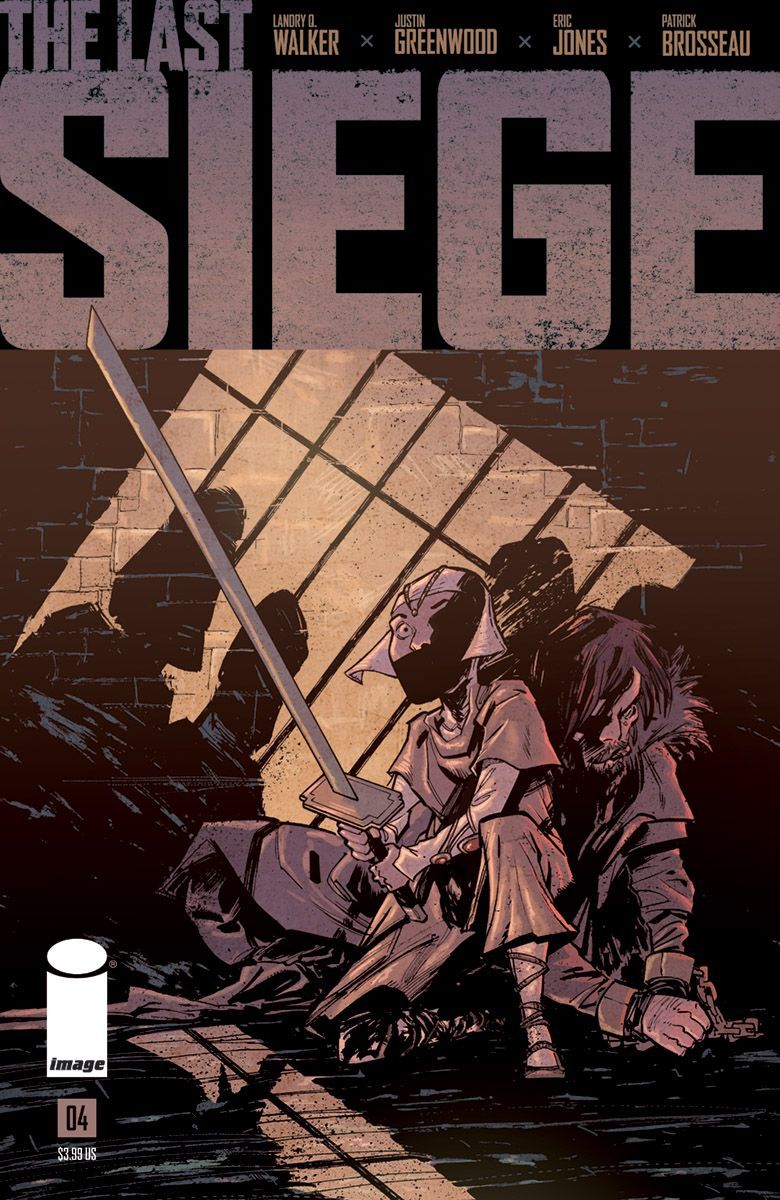 The Lady of the house finally speaks! And beware any who cross her path. From despair to triumph and back again, The Last Siege really knows how to toy with your emotions, the heavy tension that keeps you on the edge of your seat. Even when the underdogs you’re rooting get a win, the near future starts to look grim.

Last week saw Feist get the upper hand on the Stranger and Lady Cathryn, locking them both up. If Feist’s escape from transport seemed a little too convenient, that’s because it was. He had a little help and if you’ve been paying attention to who has been kissing the invading King’s ass, then it should be obvious. In fact, my one problem with this issue is that the reveal of the traitor is a bit too obvious, lacking any real worthwhile surprise. 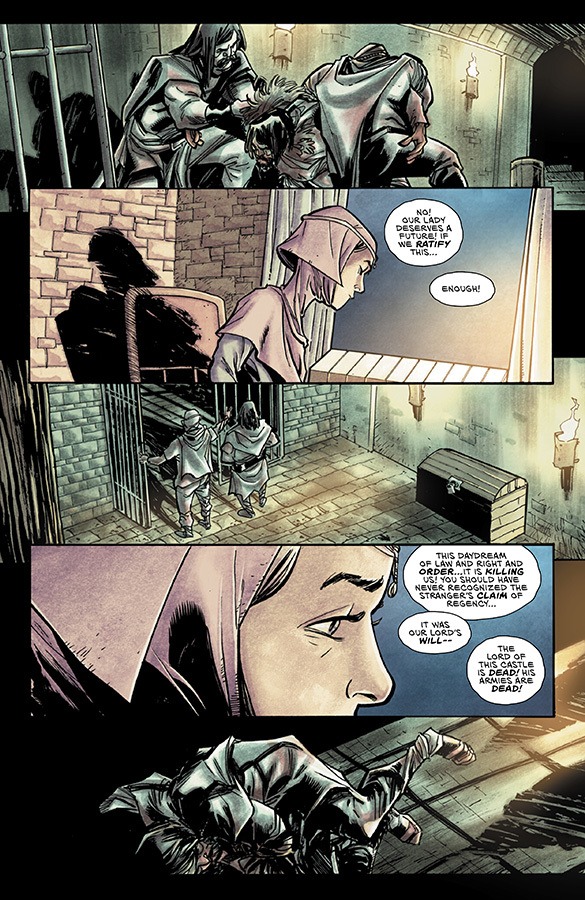 However, this is a thrilling issue that finally gives Cathryn a chance to stand on her own two feet. It also gives the reader a chance to find out more about her character. While I’m not a fan of it taking four issue for the princess to say more than 10 words, I’ll admit that waiting this long does have an impact. When she finally speaks it’s a powerful moment and you can tell that the Stranger has had some sort of impact on her.

Justin Greenwood deserves praise for his excellent panel work. While the Stranger takes a back seat this issue, Greenwood makes sure that the reader is able to witness both of their escapes simultaneously. As Cathryn tries to escape on her own, desperate to survive, at the same time you are hoping the Stranger makes it out of his own confinement to save her in time.

It’s exciting stuff in a series that knows how to do Medieval action and drama right. While the Stranger and Cathryn seem to have found their second wind, the King’s army is approaching fast against the little kingdom that could. I can’t wait for the desperate battle that is sure to come.

9 Elbows Ordained by God out of 10