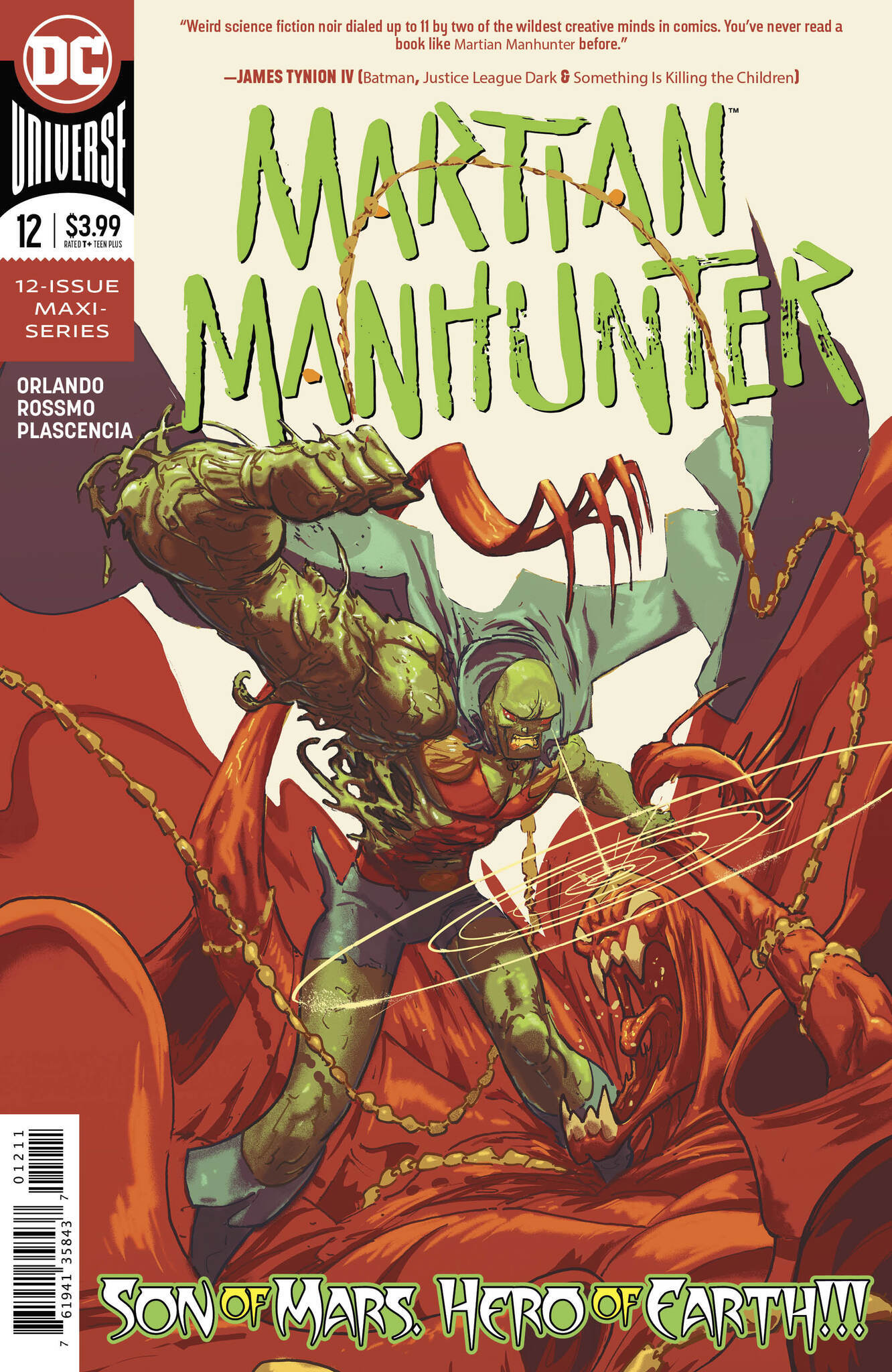 The Martian Manhunter finale is here. And while it wrapped up its story pretty well, its end really serves as a beginning for the character.

That doesn’t mean we’re getting more issues from this series or this creative team. A 12-issue maxi-series is exactly what it sounds like. But it does mean we have a new modern-day origin for our sad, emo, green friend that dives deep into the trauma that he had to overcome to become the Martian Manhunter.

Issue #12 featured the final showdown between Manhunter & the Martian criminal Charnn, Detective Meade and the Midleton police vs. The Vulture Gang, and J’onn once and for all vs. his mind.

J’onn is a proven fighter, but what he’s had issues with is using the powers within his mind to help him out. Because whenever he does, he does a deep dive into the past and becomes otherwise incapable. Over the course of the series, he’s had a lot of unresolved trauma that he’s pushed to the back of his mind and hasn’t dealt with properly. And now that there’s conflict directly related to the trauma he’s neglecting, he’s had a hard time getting up to speed. 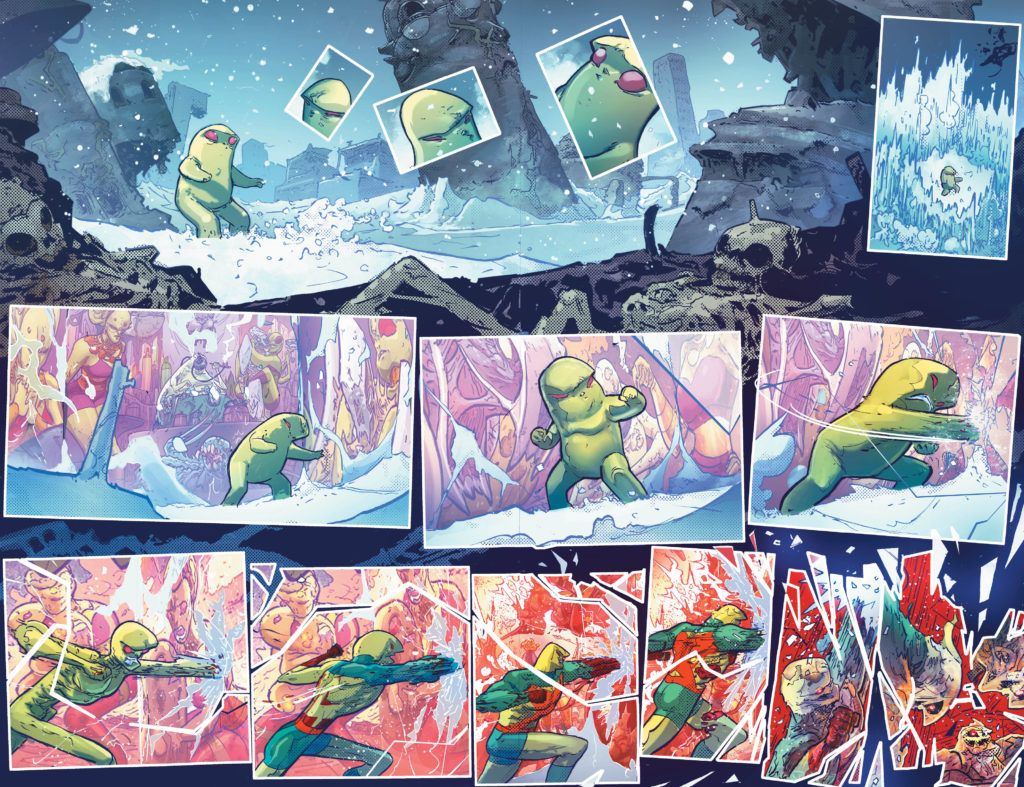 I’ve really loved how this series was, at the base level, just about dealing with your issues. It humanizes a shape-shifting green alien in the simplest of ways. We resonate with J’onn because we kind of are J’onn. Our family didn’t burn to death on Mars, but we, like J’onn, don’t deal with our issues. It’s all too easy to just ignore them and power through.

But J’onn finally gets there as he realizes that the only way to defeat Charnn is by acknowledging his past and some of the more negative things he was culpable for. Charnn himself is a tragic character, as he was jailed for his crimes right around the same time Mars caught fire. So, he’s been imprisoned for thousands upon thousands of years. But he’s the opposite of J’onn. Left with too much time to himself, he’s only thought about the past and how he will enact revenge on those who put him in this situation. It’s a really nice contrast and his motivations are rooted in human emotions as well. So, it’s easy to understand where he’s coming from, even if you know he’s in the wrong.

For one last time, I’ve gotta give it to Riley Rossmo on the wonderful art. This series wouldn’t have the same effect without his touch. He was constantly able to go back and forth between the abstract, the straightforward, and the downright grotesque. It went really far into making this story feel authentically Martian. Manhunter is a character that we’ve known for a long time. And since he’s always on Earth interacting with humans, it’s always felt like he was just an alien in our world. But Rossmo’s art invited us into his world. J’onn was still a fish out of water on another planet, but the art made it feel like we were seeing things from his perspective, and it’s a part of this book that will have a lasting effect on me. From the distorted transformations to the trippy sequences and panel layouts, Rossmo was an All-Star on this book.

Twelve issues and a year later, this series is over. But its legacy is going to last for a long time. Comics are so prevalent in pop culture now that there’s a new fan every day. People are constantly getting into the medium as a fan. And it can be hard to know where to start. This Martian Manhunter series serves as the perfect jumping-off point for J’onn and incredibly sets the tone for the character.