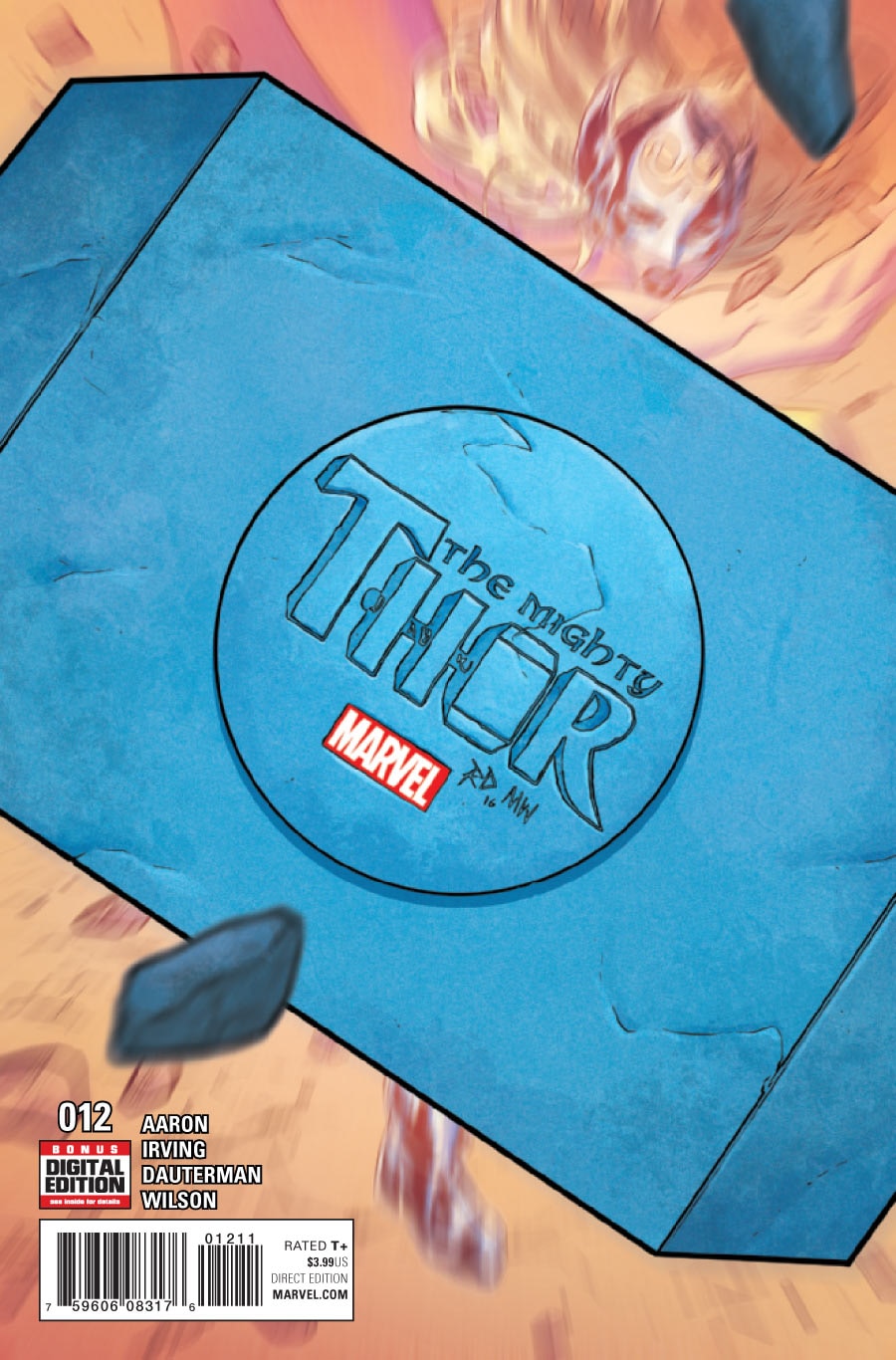 Jason Aaron and Russell Dauterman’s work on The Mighty Thor is turning out to make them the Michael Jordan and Scottie Pippen of comics right now. Both are formidable creators in their own respect, but when they’re together, the result is a comic that is a textbook example of the kind of entertaining outlandishness the medium is truly capable of. There are more great things happening with this book than there are compliments in my arsenal to describe them.

Aaron uses Issue #12 to dig deeper into the endless possibilities of mythos within the nine realms he dives headfirst into the origins of Thor’s trusty weapon, Mjolnir. Though a quick story, the tale of how the mighty hammer came into to being feels every bit as legendary and epic as you would expect from the story of a weapon that has soundly defeated everything from alien invasions to Galactus, and its own creator, Odin himself. It also brings some depth to Mjolnir’s personality (y’all, Jason Aaron has given Mjolnir a personality… sit with that for a second) that is a little on-the-nose but still fitting and entertaining.

Meanwhile the style of Russell Dauterman and Frazier Irving gel well together toggling between the past and present. Irving’s story does a lot of heavy lifting, offering an otherworldly, ethereal gravitas to Mjolnir’s legend. It definitely creates the vibe that the old Odin days were definitely more chaotic while still magical.

Bottom Line: The fact that Aaron has built our trust in his universe to a point where he can get away with giving us an exciting story about dwarves building a hammer is a testament to the wonders he’s worked with this book. Any Marvel true believers out there should have this book in their monthly arsenal.

Reading The Mighty Thor? You can find BNP’s other reviews of the series here.