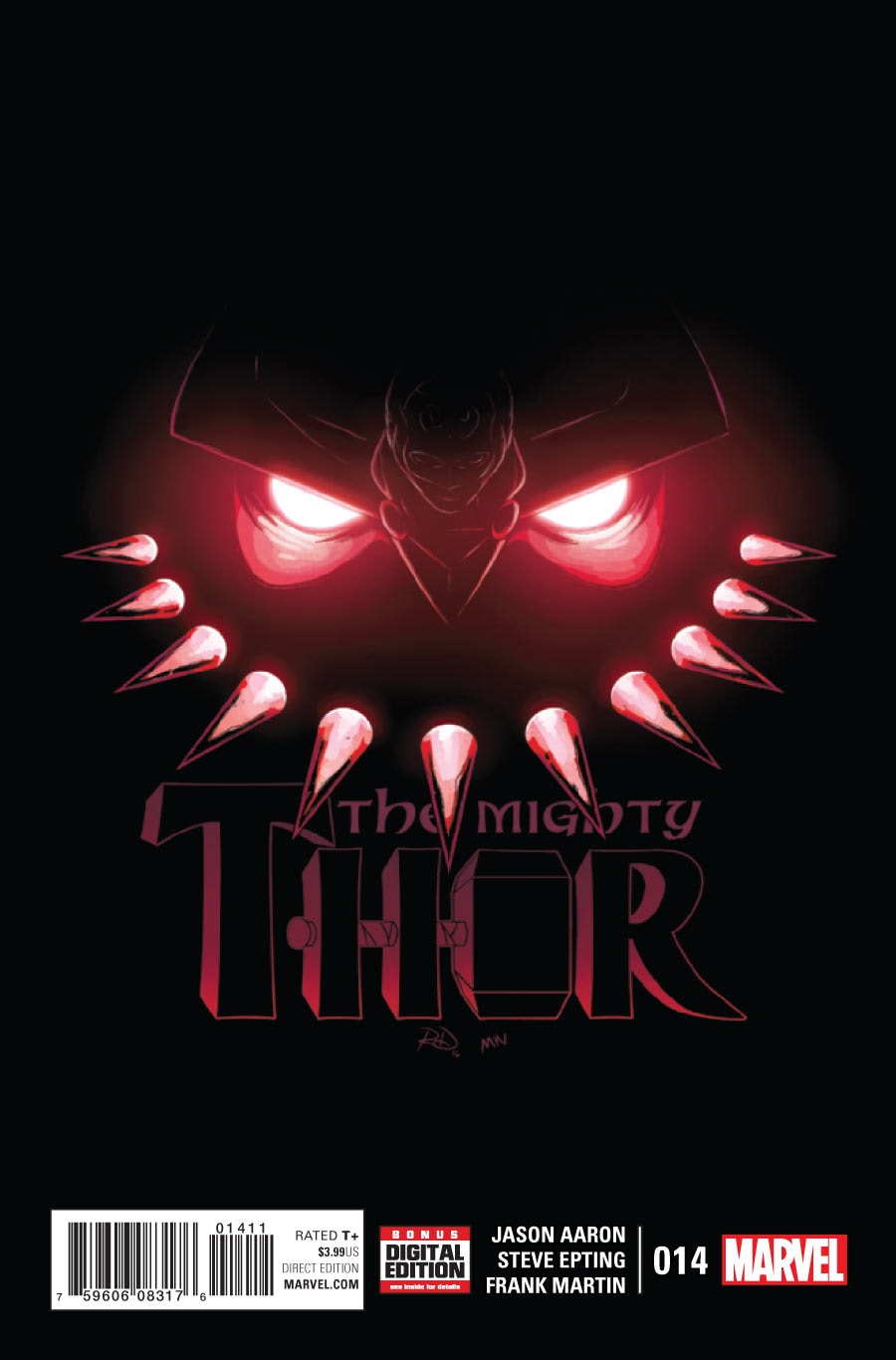 Jason Aaron, better than many writers in the comic book industry as of late, seems to hold an understanding that the way to sell Big Two comics is to bring new attention to old ideas. The Mighty Thor is a shining example of Aaron’s understanding and execution of Operation: All New, All Different. I can honestly say that I’ve never cared so much about the Nine Realms than I do now that Aaron has inherited the franchise.

Issue #14 continues with Thor and his Middle Earth Avengers spinoff, the League of Realms in the heat of battle against Malekith and his unholy alliance. Aaron excels at balancing intense, hard hitting action with the charm and charisma of character development. 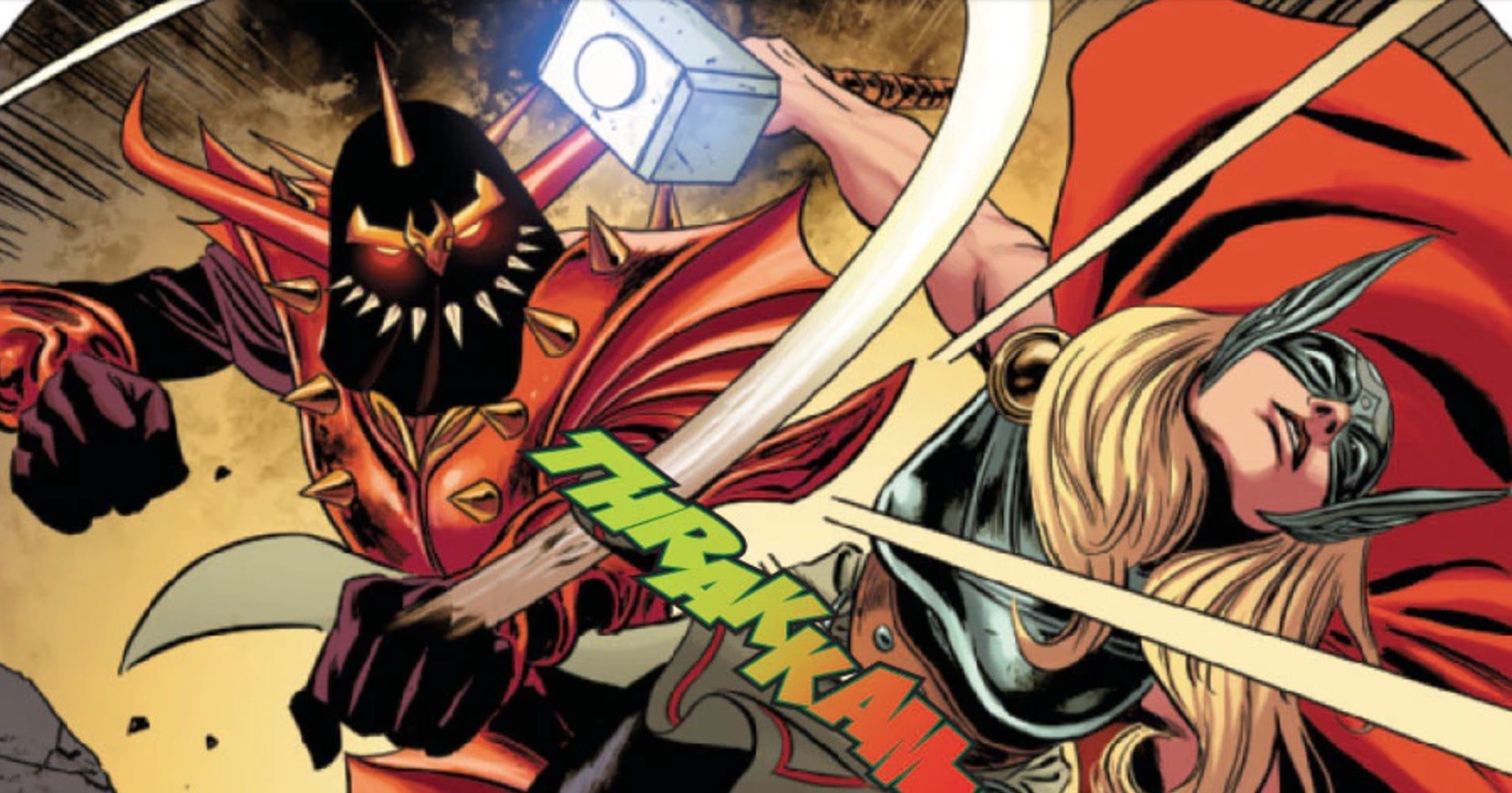 Malekith’s gleeful depravity and savagery is perpetually entertaining except for one seemingly unnecessary act of evil against a key female character. The Accursed is already well documented as an absolute savage. After all, anyone that can succeed to unsettle Loki himself deserves a nomination for villain of the year. It didn’t exactly ruin the whole book for me but it just seemed a little gratuitous. Steve Epting’s artwork was the icing on the cake. He has a real eye for vicious detail when it comes to battlefront scenes. There are a few panels during the battle that make for some of the most exciting in the series.

Bottom Line: An intriguing bad guy, beautifully rendered slugfests and a compelling tale of sacrifice and suffering (minus one little plot point).

Reading The Mighty Thor? Catch up on other other reviews of the series here.