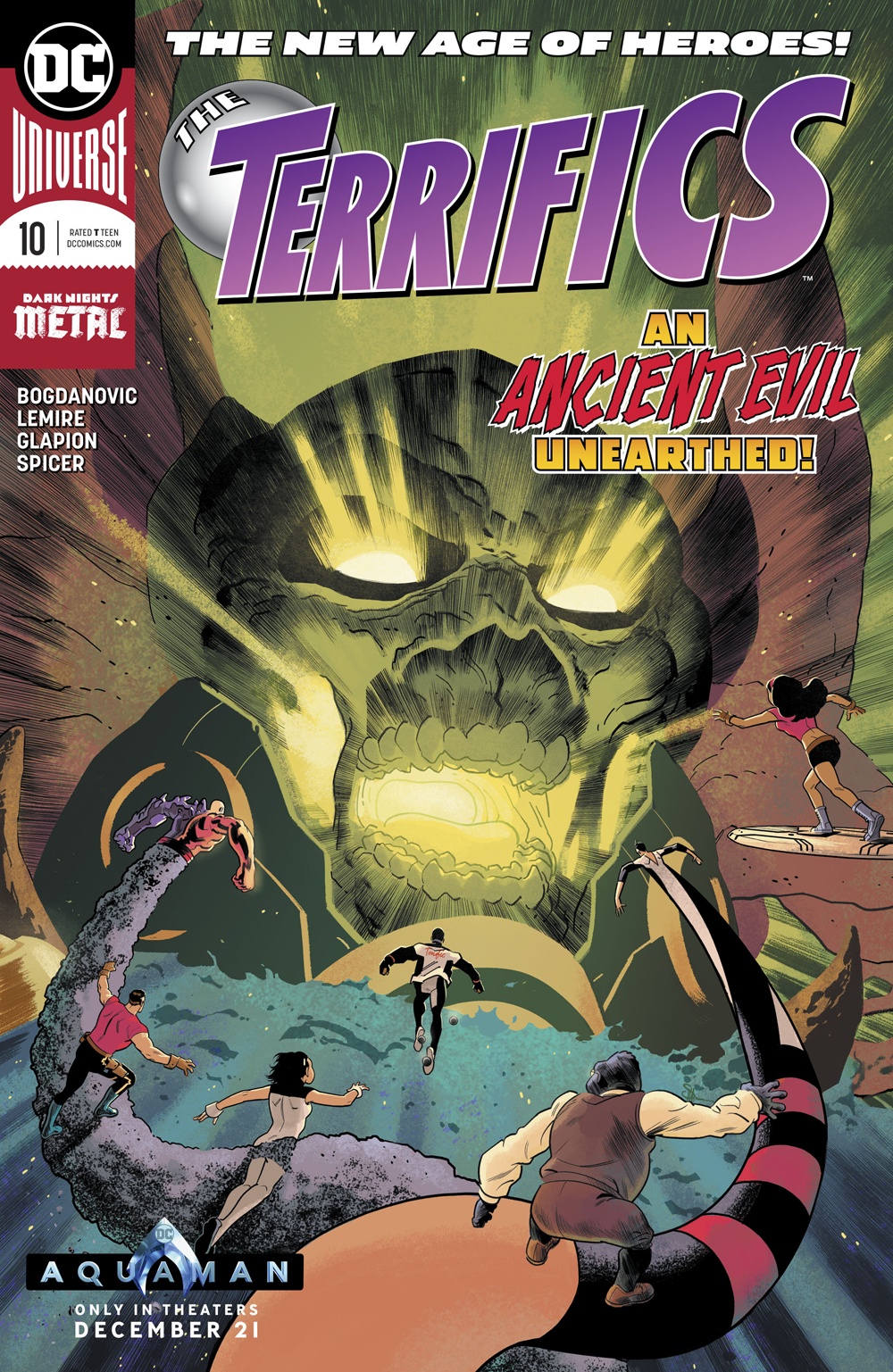 I enjoy The Terrifics because it’s just unapologetically weird. The latest arc has an exceedingly large extended cast to contend with, so a lot of the quieter interpersonal moments have been exchanged out for more bombastic set pieces and splashes, but the quirky, scientific heart of the book remains pure. It is a story of extremes: multiverses of exceedingly serious heroes juxtaposed against exceedingly silly heroes, ancient evils and cutting-edge science.

The Terrifics #10 welds a lot of the previous arcs together. Lemire has woven the disparate elements of the Dark Multiverse and the Strong family, with some assistance from the creative team on the The Terrifics Annual, into a coherent narrative that sets the stages for the next phase of the series. Lemire and Bogdanvoic have an admirable sense of humor and drama that balance each other out during the various beats of the story. The artwork is utterly bizarre in the best way possible, and I love how Plastic Man continues to stretch the limits of how many situations require a new oddballs form that an artist has to conceive. 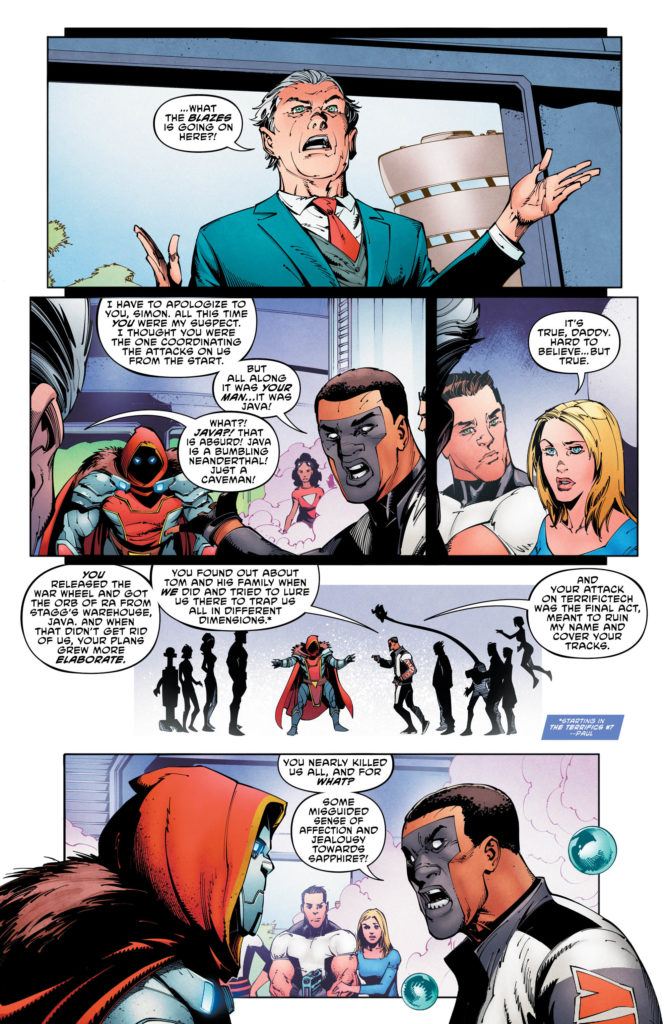 However, there is just so much going on at any given time that it’s easy to get lost by the sheer scope of the story which deals with two separate superhero groups fighting a dark evil behind a darker evil behind an even darker evil that it’s hard to follow at times. Everything moves at a breakneck pace and you’re almost out of breath when you reach the final act of the issue.

Still, I’m optimistic for the future of the series. The core quartet continues to have a stellar chemistry, and their adventures will continue to be a fun reprieve thanks to all of the camp and unbridled joy that comes from having four science-y heroes continue to do science things.