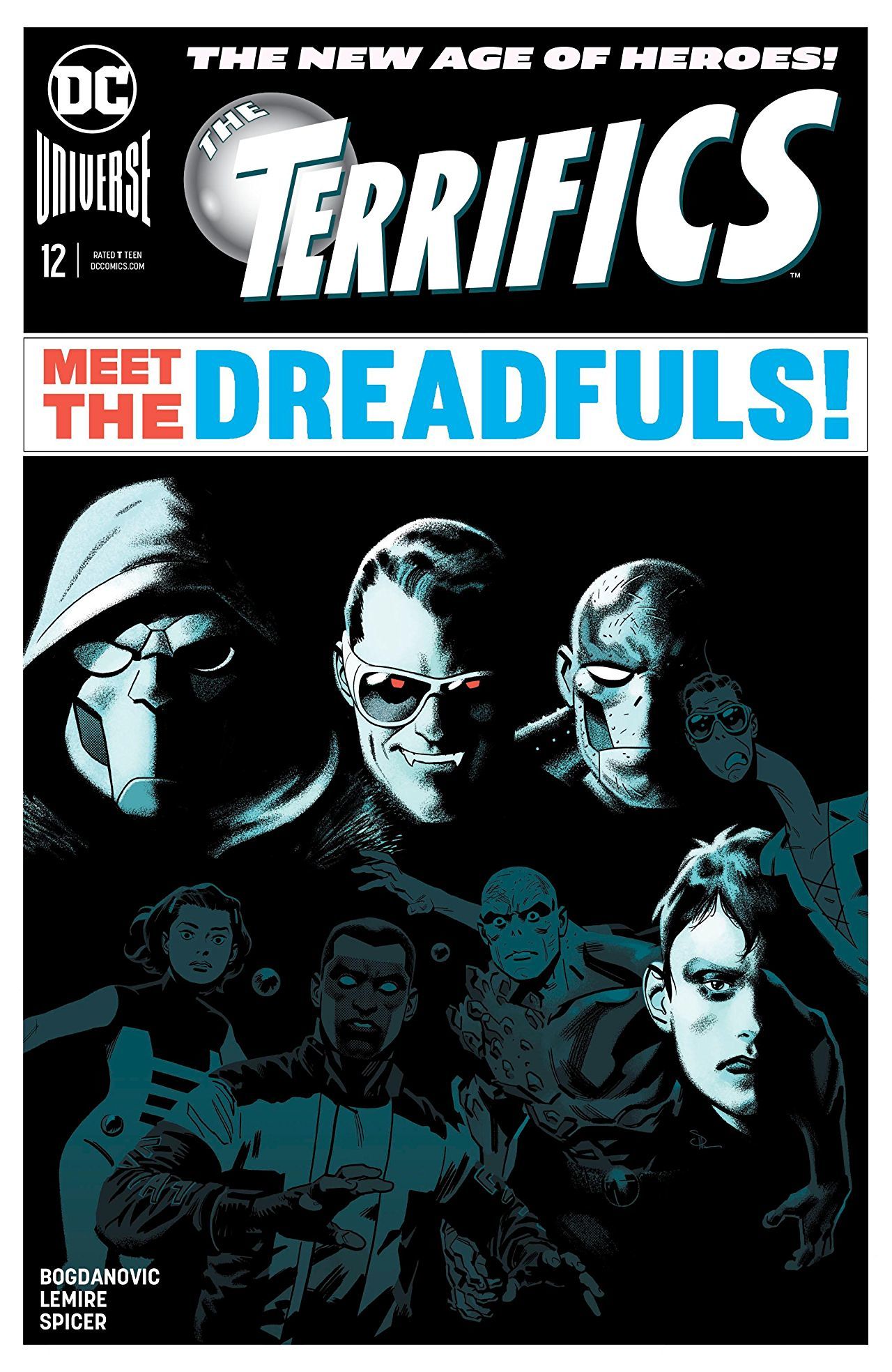 It feels like we’re entering season finale territory. We’ve seen the origins of the team, the team learning to work together, the team finding out the origin story to their origin story, the team inevitably breaking up, and now we’re at the “team attempts to return to normal life while one of their own is in peril.” There’s probably a more concise way to explain the stages of the Terrifics, but I continue to maintain that the joy of The Terrifics is it’s Saturday Morning Cartoon feel and upbeat rhythm. Having the final villain essentially be a “evil-Terrifics” only furthers my conviction.

The Terrifics #12 sticks with a formula that works. Characters are identified by the variant of Earth they’re from in conjunction with their relationship to other characters in the DC Canon. The Dreadfuls themselves get to showcase their powersets on a hapless Mr. Terrific as Java monologues about his dastardly plot before we see the rest of the cast trying to adjust to their home with varying degrees of success. 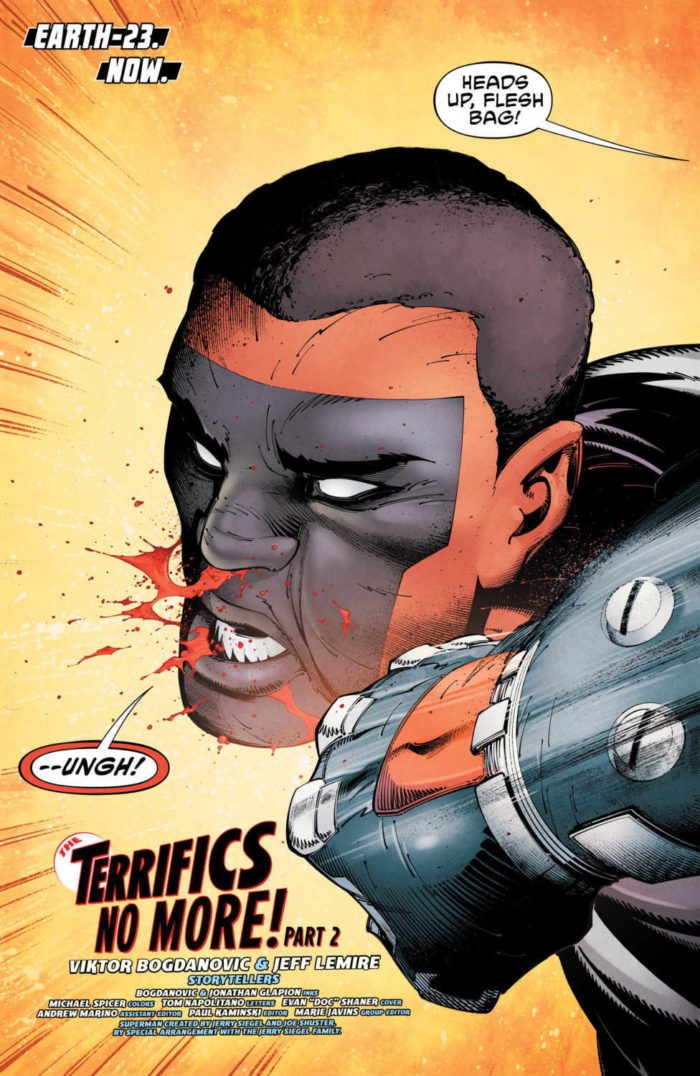 Bogdanovic’s artwork and inks, in collaboration with Glapion, continue to be a strong selling point of the series, with vibrant scenes and animated expressions. Bogdanovic takes advantages of the constantly changing scenery and manages to create unique visual cues and an aesthetic that match each of the highlighted characters at a given time. The costuming is well realized and play excellently with Lemire’s fast paced dialog. Some of the conversations seem to take up a lot of real estate, but there is a briskness about it.

Each character gets to go through their own personal crucible, and their arcs play well into the natural endgame. It’s fun to see the best versions of these characters slowly realized and seeing them accept the call to be heroic when the cards are on the table. It’s fun, and it’s still consistently making me smile so maybe you will too.