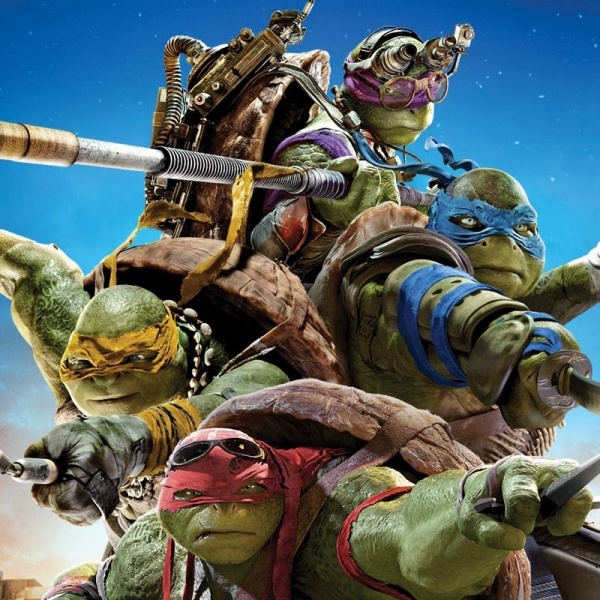 I’m going to quickly say my piece then dive right into this trailer breakdown. 2014’s Turtle Installment was the worst movie I ever watched nine times straight. There was so much this adaptation got wrong (the character models, the villain, the blatant stereotyping)… yet it wasn’t the worst adaptation I’ve seen out of the Turtles property. If I can suffer through TMNT 3 and the Coming Out Of Their Shells Tour, I can pretty much sit through anything.

Late Wednesday night gave us the first trailer for the next installment in the Michael Bay-produced franchise. All the original characters from the first film are back, as well as some newcomers. Gary Anthony Williams of “The Boondocks” fame has been casted as Bebop, while wrestler Sheamus has been casted as his counterpart Rocksteady. Shredder and Karai were recast (Brian Tee and Brittany Ishibashi, respectively). Tyler Perry (*rubs temple*) has been casted as Dr. Baxter Stockman *heavy sigh*. Laura Linney has been casted in a “secret role,” but come on fam, she’s definitely Agent Bishop. Most notably, picking up where Elias Koteas left off is none other than Arrow’s Stephen Amell as Casey Jones. Add that to some fun cameos (some I’m looking forward to more than others) and my interest is piqued. Now let’s take a look at this trailer!

There you have it folks. From the opening seconds it seems like we’re due for some huge Avenger-esqe set pieces. Hol’ up? You mean we might get some Krang action up in this piece?

WARNING. WARNING! BEBOP STILL HAS A STUPID PURPLE MOHAWK! THIS IS NOT A DRILL, PEOPLE. Gary Anthony Williams sounds perfect as Bebop, and seriously, look at these character models. How the hell do these models look better than the damn Turtles?! You ain’t got the answers, Sway!

Enter Stephen Amell’s Casey Jones, who sounds to be more washed-up family man Oliver Queen than “You have failed this city,” send-you-to-your-maker-season-one Oliver Queen, but it’s too early and I’ve seen too little to get my rage on.

One of the few things I praised about the first film was the dynamic between the Turtles. We see that in spades in this trailer. Just enough to satisfy. Maybe this is me being optimistic, but the Turtle models definitely look better. They seemed to have slimlined the design by getting rid of some of that extra junk and bulkiness, you can see their shells a lot more, they brightened the colors substantially, put on some pants, got rid of Johnny Knoxville and fixed the noses. Color me impressed.

As the trailer shows, the Turtles look to be making their public debut, which is indeed going to have some ramifications heading into the third film (Note: Every major character has signed on for three movies).

All in all, I was expecting something dark from the first trailer — something down the lines of the Transformers films — and I was pleasantly surprised by how lighthearted this was. The characters are telling jokes and everyone in general looked to be having fun, which the first film was really lacking.

Damn you, Ninja Turtles film. I had so many problems with the first one and I still saw you repeatedly. You cut me real deep in that first movie, but I still kept you around because I thought you would change and be better, and now you’re better!? This looks to be the Turtles film I’ve been waiting on, but I’m scared to get emotionally invested again in fears that you might give me another crappy movie even though this trailer is promising something better. I don’t trust you in the slightest, but right now I’m sold.

Now excuse me, I’m going to go to the sewer and pray to Leonardo da gawd that this trailer didn’t show all of the good parts.