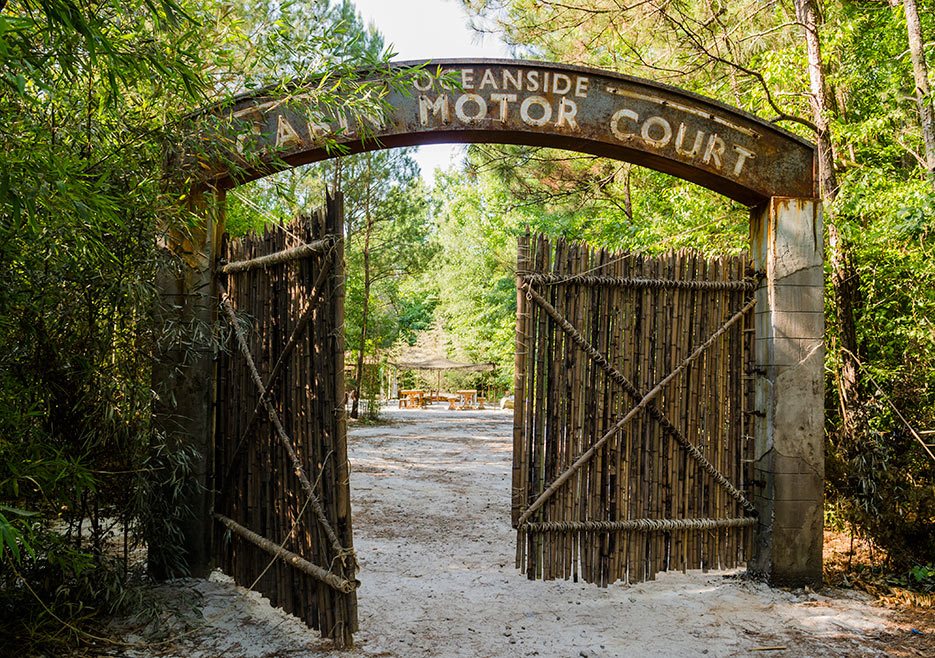 I didn’t hate this week’s episode; this is high praise given how unenthusiastic I’ve been about this season.

But if I’m going to keep watching – and I am – I have to try to keep an open mind. I can’t decide I hate it before I watch it – I mean, I can but I’m not gonna treat it like my baby cousin’s first boyfriend just yet.

So to be fair, this ep gave me a bunch of things I’ve been saying I wanted: character development, introduction of new characters (and societal structure), a brown person (whose safety I’m actively praying and lighting candles for), and more explanation of Negan’s tyrannical reign without suffering through his Joker impersonation and phallic adoration of Lucille.

All of that was good. Add to that I had forgotten that when we first met Tara, the only defensive tool she had was her wit. She gets off the dark dry humor and we have a solid, if slow, episode.


[divider type=”space_thin”]
So real quick we establish that Rachel is a cold-hearted killer survivor while Cyndie still has some of her humanity weakness left.

Then we jump back in time to a conscious Tara talking Heath in the RV. This scene is a little exposition heavy: they haven’t found anything, it’s been two weeks since they left, and they are out farther than they should be. The delivery was heavy handed, but it’s good to be oriented in time especially with these two who are so far removed from the other storylines now. It’s kind of an “Oh snap, these people still exist scene.” We haven’t seen them since Rick et al embarked on Operation Poke a Bear with a Stick at the Saviors’ outpost. It’s important to note that Heath was visibly shook by all the murderdeathkill that happened that night. When they copped an RV and then left on a two week scavenging trip, he was just happy to be getting away. But since they’ve been gone, they missed the “oh shit we didn’t even put a dent in Negan’s operation” realization.

One thing that this episode did well was to emphasize the chasm between what we think we know and what we actually know. As Heath complains about finding nothing on the trip, Tara hits him with the advice she got from Glen:

In Tara’s reality, Glen is at home in Alexandria and she’ll see him again. We have had time to process and grief and be bored and riot as the case may be, but in a world without livetweeting, texting, and Facebook to instantaneously deliver bad news to us no matter where we are, she doesn’t know. She doesn’t know that two of her friends are dead. That one almost died and is in Hilltop for the duration of her pregnancy (and beyond that, I’m guessing). That the world she knows has been upended. We know that and still can’t spare her the hard impact of reality that we know is coming to her.

Because we are so tethered to each other, the idea of isolation is hard to parse. Since I’ve started writing this, I’ve talked to friends in: New York, California, Washington D.C, Ohio, and the adjacent county. Yesterday, there was an active shooter on the Ohio State campus and within minutes I was touch with my friend who live there so the idea that Sasha took the corpses that used to be Glen and Abraham to Hilltop to bury and Tara still believes, weeks later, that her friends are somewhere breathing disturbs me in a way my grandmother would laugh at.

Meanwhile, Heath is operating on another end of the spectrum. After seeing all the death at the outpost after living in the baby-proofed utopia that was pre-Grimes Alexandria, he essentially delivers a monologue about survival in the vein of if it’s between me and you, it’s always gotta be me. So…

Let’s jump forward a few minutes to this scene: So of course Tara got cornered by walkers and of course Heath retreated. We don’t find out just how far he retreated until later in the episode. Spoiler: Ya dude is like 4 states away by now. But soft as he is, I would be surprised if he gets picked up by Negan’s clean up crew.

So Tara falls off a bridge, washes up on shore, and is spared by Cyndie who breaks the Oceansiders’ cardinal rule: if it isn’t us, kill it.

When Tara follows Cyndie back into camp, she gets all of the guns pointed at her. All of them.

This is me at basically every social gathering I’ve ever been to.

Cyndie jumps in and saves her life (for the second time). And somehow that translates into more jokes from Tara and a home-cooked meal with the Oceansiders.

[divider type=”space_thin”]
We know that this isn’t an Amazonia oasis, but that the men were killed off during a skirmish.

Later, we find out that the Oceansiders resisted the Saviors and this was their punishment. So instead of remaining subject to Negan’s whimsy they bounced in the middle of the night and now live in seclusion. This is half of why they kill: to remain a secret.

This is why they make Tara swear not to tell anyone – even her friends – their location. And, ultimately, why they decide it’d be safer to let everyone think they let her go and instead kill her.

As Heath said, when it’s between you and me, it’s always going to be me. But Tara doesn’t die; she makes it out alive with help from Cyndie (third time she’s saved her life). Tara makes it back to wear the RV was parked but it’s nothing but skid marks and betrayal where it once was.

This is where time gets a little confused/ing again. They were out for 2 weeks by RV, but Tara is walking home. Across field. And sleeping on boats. And finding cute gifts to bring home to her gir…

So, yeah, about that…

Now Tara is home, and knows the truth about the fate of her girlfriend and friends. She knows that there is a community out there with guns and filled with women who have not only fought, but even in defeat have continued to actively resist. This is a community she has sworn to keep secret. This is a community whose existence is at once a sign of hope (they escaped) and a warning (at a severe cost).

For now, Tara keeps their secret. She chooses someone else.

Now that I’ve been fair and level-headed, let me hate for a hot minute. How do we only have 2 episodes left until the mid season finale (and, yes, Negan is in both of those episodes) when we’ve had no coherent through-line this season? Don’t believe me?

We haven’t seen any of these characters for more than two episodes in a row. [deep exhale]