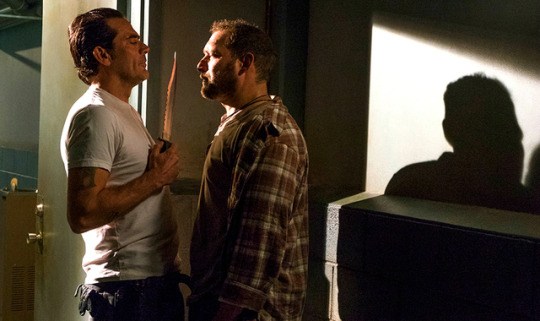 Editor’s Note: For this recap we want to place a strong trigger warning in advance for sexual assault. The original title for this recap was: “Thank You For Not Raping” which we obviously changed.

This episode deals with not one but two characters that are problematic in several ways but especially when it comes to consent and dealing with women, period.

While we don’t ever want to shy away from rape culture and dismantling it we want to make sure we can give you a heads up when we start critiques of the media we consume which may include it.

Let me set the scene for you: it’s Sunday night and I tuned into The Walking Dead fashionably 7 1/2 minutes late as I am wont to do. I open up Twitter on both my phone and laptop because that’s how I get down. I sit down, ready to eat some sushi– yes I said sushi because if you watching zombies you should be eating raw flesh in celebration. And then it happens: the first tweet I see is someone saying that Negan must be a decent guy because he’s anti-rape.

Mind you I’m 7 1/2 minutes behind so I don’t exactly know what this means so of course I eat my sushi and I watch the show and then we get to The Scene.

In The Scene, Sasha is not dead even though she went into the saviors compound by her gotdamn self last week instead she is in a self tied up and a savior call David is in the cell with her, checking on her.

By “checking in her,” I mean that David got those very rapey eyes

So David is sexual assault mode when Negan walks in. Negan disapproves of David’s plan and communicates this to David is in as effective a way as is possible

This? This is what had people were pointing to as Negan’s redeeming quality? Word?

Let me just say to those people tweeting such garbage: I don’t know who hurt you, but I’m so sorry. I am sincerely, sincerely sorry that you were hurt in such deep and lasting way that you think that Negan’s being not pro-rape (under this very particular set of circumstances) is a redeeming quality.

Let me try this it another way. If we substitute, say, “setting cats” on fire for “rape,” does the logic hold up? Would you be like that guy is a sociopathic killer who threatens children, kills adults whimsically and brutally, and is tyrannical in his abuse of power *but* he doesn’t set cats on fire so he seems like maybe he’s got some redeeming qualities?

Stop rewarding people for doing the most basic of things. [looks at Adele] [looks at Gary Owen] [looks at every black person handing out cookout invitations to people doing the least, but, hey, they recipient of the invitation is not, in this exact moment, attending a lynching].

No one should be raping anyone so the not doing a terrible hideous thing does earn you any points. Right now, I’m sitting at my desk, not drowning puppies, does that make me a good person? No. No, it doesn’t because that is the bare minimum that you should expect from me: not damaging other lives.

Can we unpack the thought process here? Is rape so common place, so expected, such an inevitavle given that to not do it remarkable? Like are we introducing people to our friends on some “I want you to meet Mark; he help build houses for families enduring financial challenges over Spring Break. This is his friend Jeffery; he went to Cancun and didn’t rape anyone.”

Is not-raping an achievement? Where is my not-bludgeoning-a-motherfucker-to-death award? Because I definitely earned it when randos asked to touch my hair last week. No? That’s not a thing? I’m just expected to adhere to the social contract and basic human decency and not throat punch people who think they are in some way entitled to my body? Nobody gonna tweet out my accolades?

I guess we only rewarding *some* people for doing basic ass shit because our standards have been systematically lowered–and by “lowered” I mean Grand Canyon level eroded by time and micro- and macro-agressions. Oh, okay then. I guess I’ll take my uppity ass somewhere else.

But before I go, let’s rewind back to something I said earlier: I am sincerely, sincerely sorry that you were hurt in such deep and lasting way that you think that Negan’s being not pro-rape (under this very particular set of circumstances) is a redeeming quality.

Because, dear tweeter, you know Negan is a rapist, right? 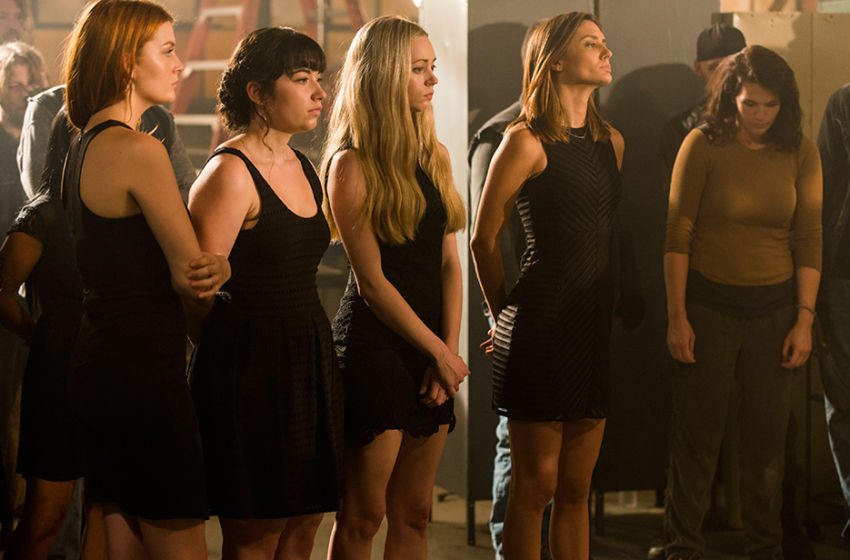 Negan killing David for his intent to rape Sasha is not a good guy doing a good thing. It is a predator protecting his territory. Praising him for this is an act of violence that simultaneously normalizes his coercive brand of rape and teaches women that anyone who is not raping them at knifepoint/gunpoint is a good guy who they should be thankful for. If that’s isn’t a recipe for every other kind of abuse, then I don;t know what is.

You want an invitation to the cookout? Naw.