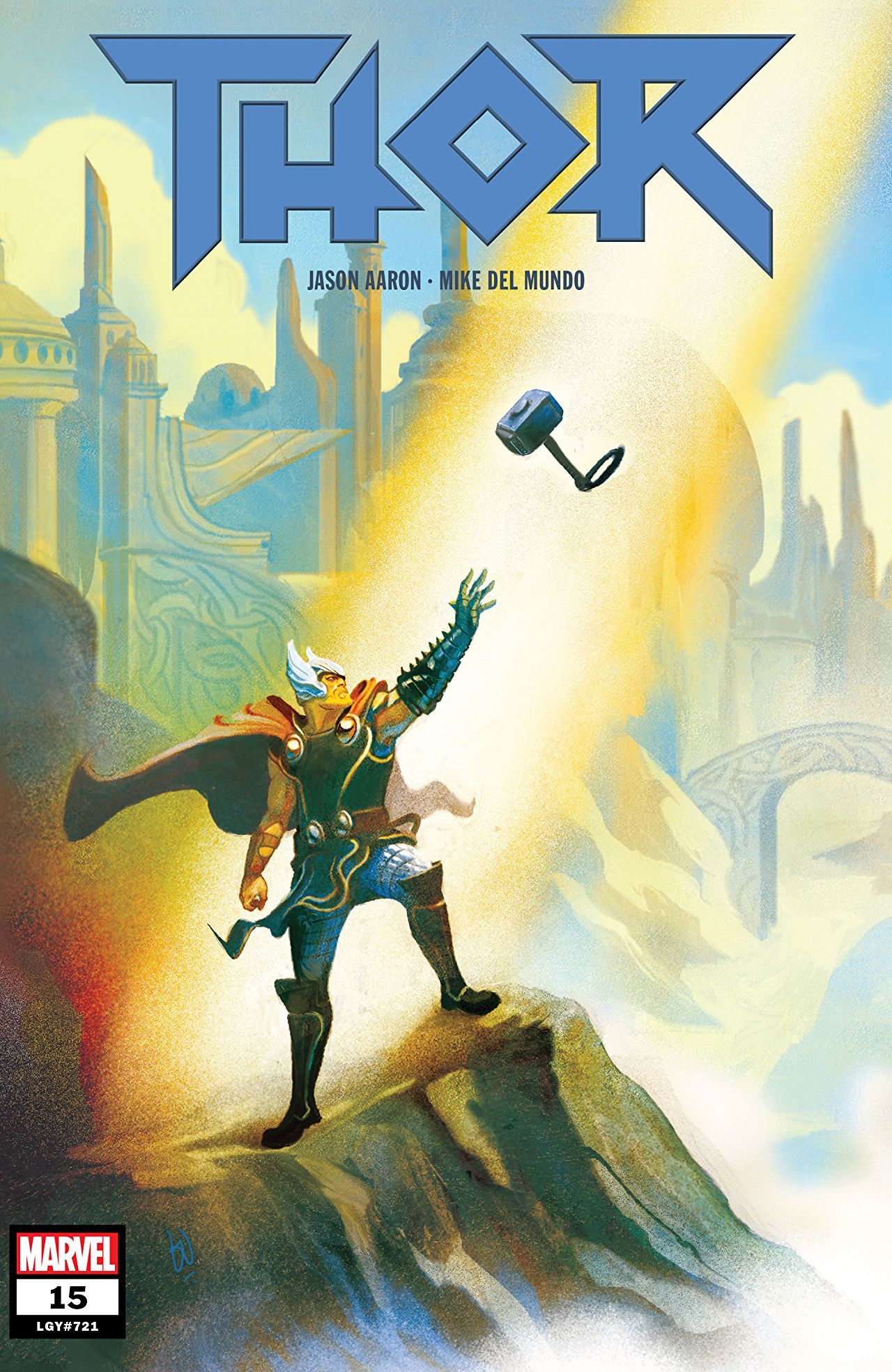 So, the ‘War of Realms’ finally reached its glorious summer blockbuster end. Some things have changed. Some things have returned to status quo. Thor #15 is mostly an epilogue to War of Realms taking an account of the major players in Aaron’s Thor run and what they’re left with. There are a couple of truly cathartic moments between Odinson and his family that are well paced, deserved and genuinely moving. Of course, there are a few tidbits involved to set up what is obviously a future spinoff or two. All I know on that front is that there will be Hel to pay if we don’t get a limited series about Future Thor’s rambunctious, adventuring granddaughters. For me, the highlight of the issue was to find out the final fate of Malekith the Accursed. Most of the time, after a big comic event, the villain either has some cackling “I’ll be back” speech while sitting in a prison or just goes away with little fanfare. But, without giving it away, Aaron has a truly satisfying fate in store for the orchestrator of the war of all wars. I have to appreciate the way he delves into a character’s psyche and really puts their minds to the fire…and they don’t always emerge enlightened. Mike Del Mundo is a wizard with the visuals on this book, this issue in particular. There’s not a lot of action to play with this time around so he did a great job of staying consistent with the facial expression and the tension being built. There’s a lot of emotion in this script and Del Mundo plays around with it a lot. 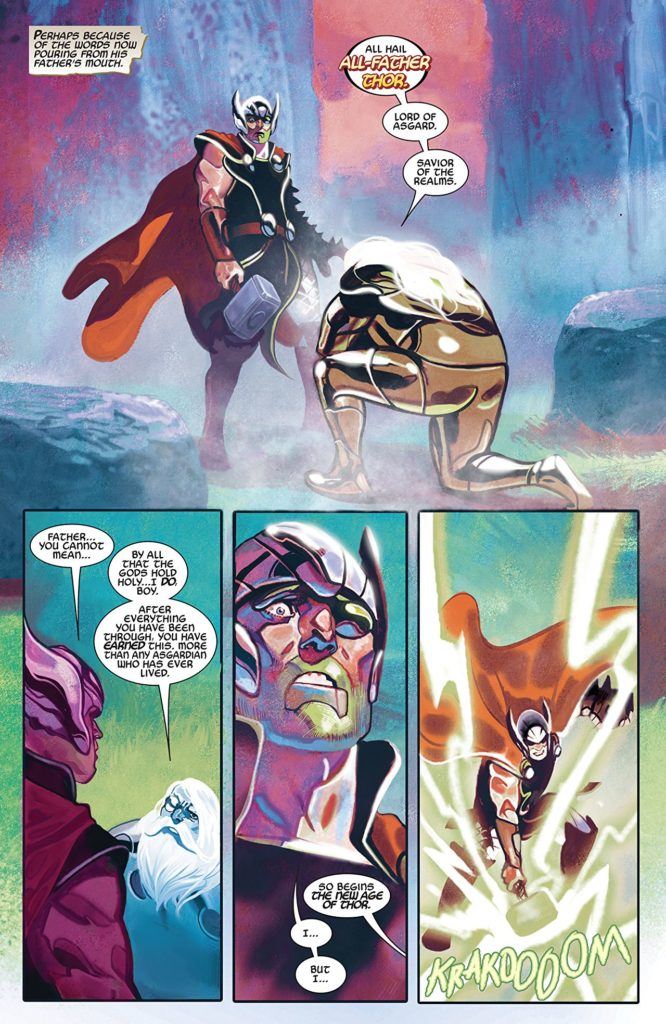 Bottom Line: A great penultimate issue that’s low on action but more than makes up for it with a satisfying closure to the War of Realms. It’s well-worth the coin.