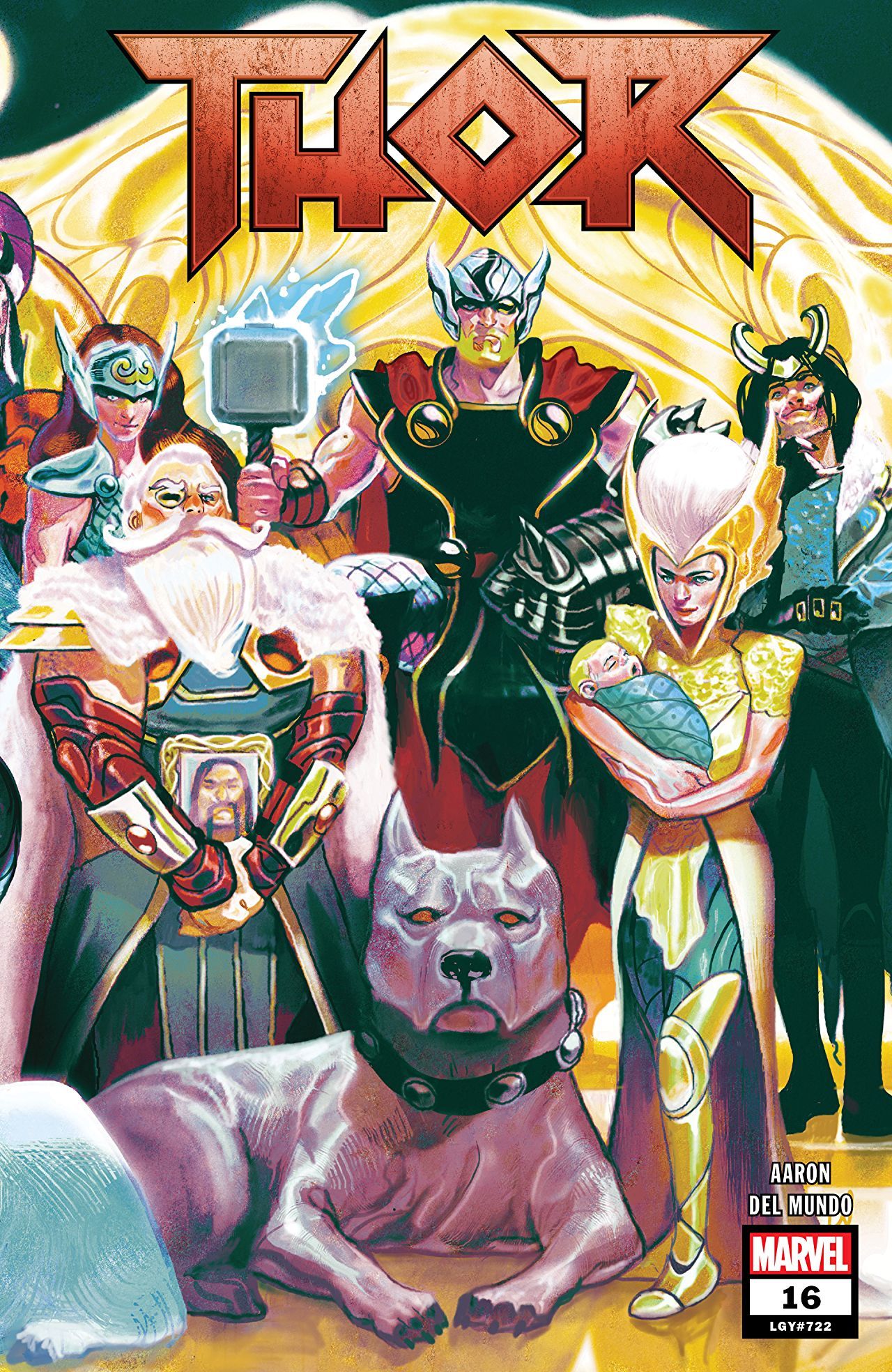 At this point, Jason Aaron has done it all. He has taken Thor all across Midgard and to the edges of the universe and after eight years, Jason Aaron brings us full circle in this issue of Thor. The War of Realms is over, Thor has his trusty hammer back and all is right in Midgard and the only thing left to do is party and drink. Thor’s parents throw a party in honor of their son’s recent promotion while the Odinson is out giving consideration to what it means to be a god of his stature, an ongoing theme of Aaron’s work that has never gotten stale.

There are a handful of panels dedicated to the fate of some key characters, but the lion’s share is devoted to Thor setting the standard for his fellow gods. Also, there’s a wonderful moment with Odin where he delivers some long overdue closure to his historically turbulent dynamic with his son. Fair warning: The feels will hit you harder than when Captain Marvel headbutted Thanos. Mike Del Mundo is simply a godsend on this book. His color palette and linework perfectly capture both the quiet, emotional moments as well as the comedic goofiness {Thor’s murder dog} and the fantastic whimsy that comes part and parcel with a comic about ancient space gods. 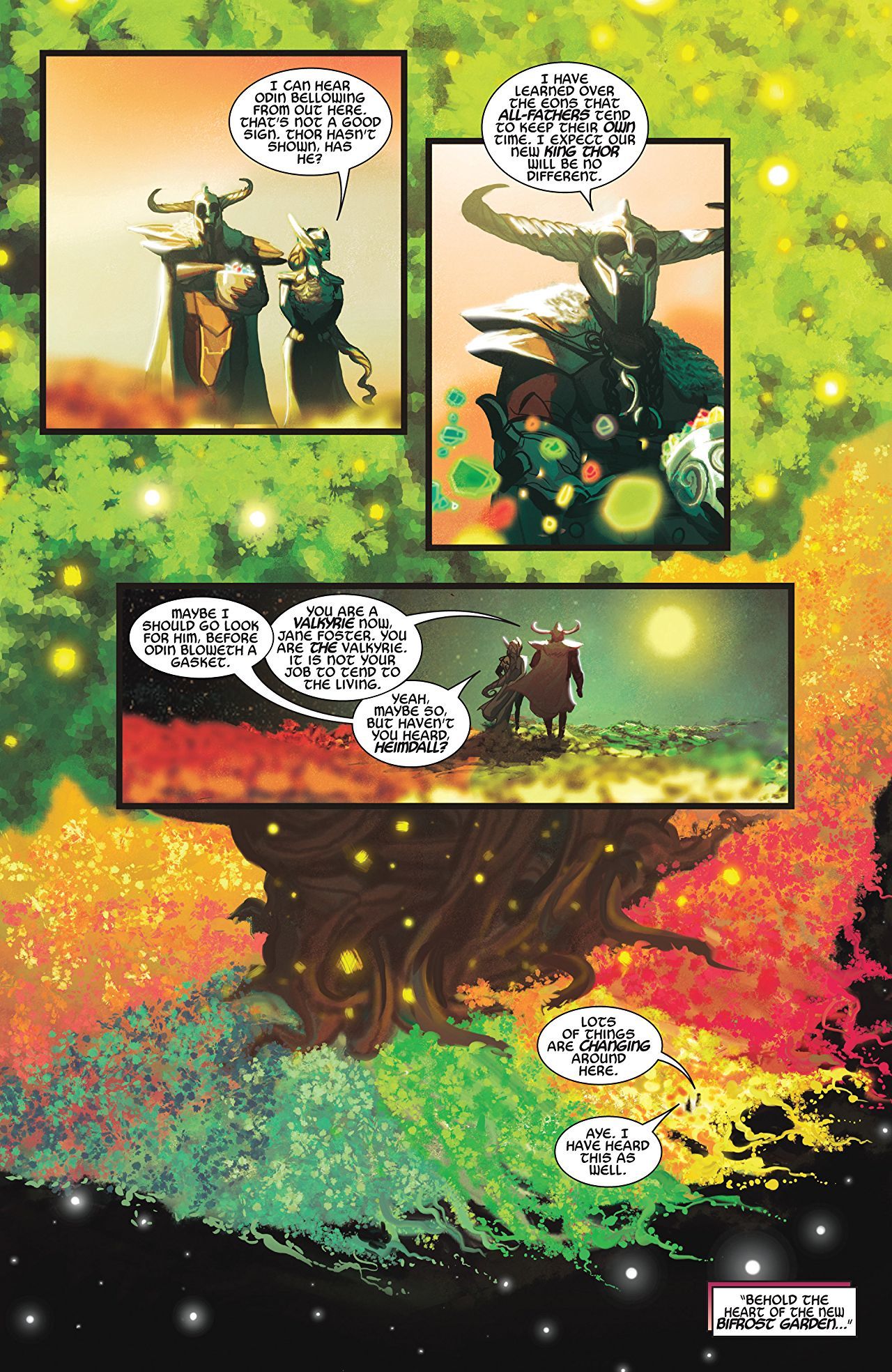 Bottom Line: Aaron and Del Mundo have this Thor thing down to a science. The right amount of heart, wonder and a little bit of suspense for what’s to come…and you have a well crafted Thor book. If I could go back to college and major in Thor, I’d want Jason Aaron to be my professor.