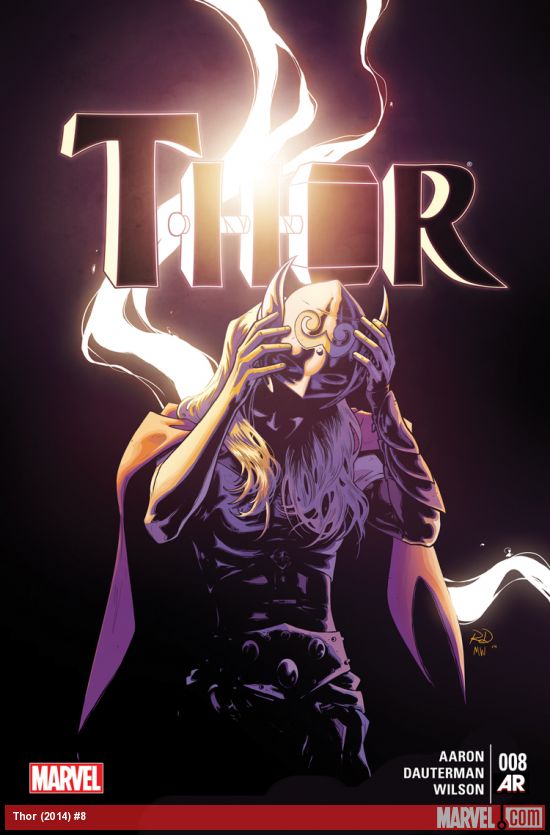 Okay, I was all set to tease you people all throughout the review with the fact that the new Thor’s identity was revealed in the latest issue. However, as usual, some asshole went and leaked the big secret days before the book itself dropped. Now, I’m sitting here with all these zingers and clues that have been rendered pretty useless at this point. This is the second time in about a month that the geek blogosphere has foiled me. However, whether you know Thor’s secret identity or not, that doesn’t stop Jason Aaron and Russell Dauterman’s masterpiece from giving you your money’s worth. 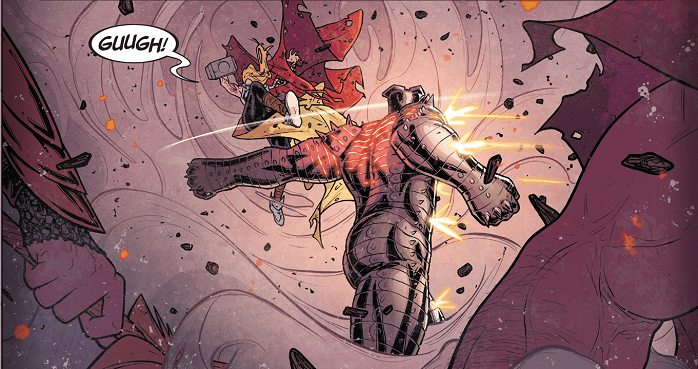 Technically, if you’re a numbers/volumes type of reader, this is kinda a series finale of sorts since Aaron’s beginning a whole new title, Thors, in keeping with Secret Wars changing the status quo of Marvel as we know it (according to Marvel). Although it doesn’t exactly read like a series finale so much as a season finale, it does manage to wrap its existing plotline up in fairly epic fashion. Backed into a corner by the Destroyer, the Goddess of Thunder gets a special care package from the Odinson to bail her out in the form of a Who’s Who of Marvel women. The team-up never comes across cheesy and does its job of establishing what this new Thor represents to the Marvel community.

The book also does well in slightly humanizing Odin as a ruler with a heavy crown as opposed to an unequivocally dudebro who just represents “the patriarchy.” Visually, you couldn’t ask for a better looking book out of Marvel’s main arsenal. Forget the hammer…Russell Dauterman’s the most formidable weapon in this series short of Esad Ribic from Aaron’s God of Thunder series. The Destroyer battle was visceral and brutal while still delivering clean, easy to follow panels that made for a fun read that geeks will refer back to to settle “who would win” disputes for years to come.

Bottom Line: According to Aaron’s letter column at the end, this issue is the end to a prologue of what’s to come. If that’s the case, this is one hell of a way to get the ball rolling. In short, the book is still one of the best in the business. 9 out of 10.