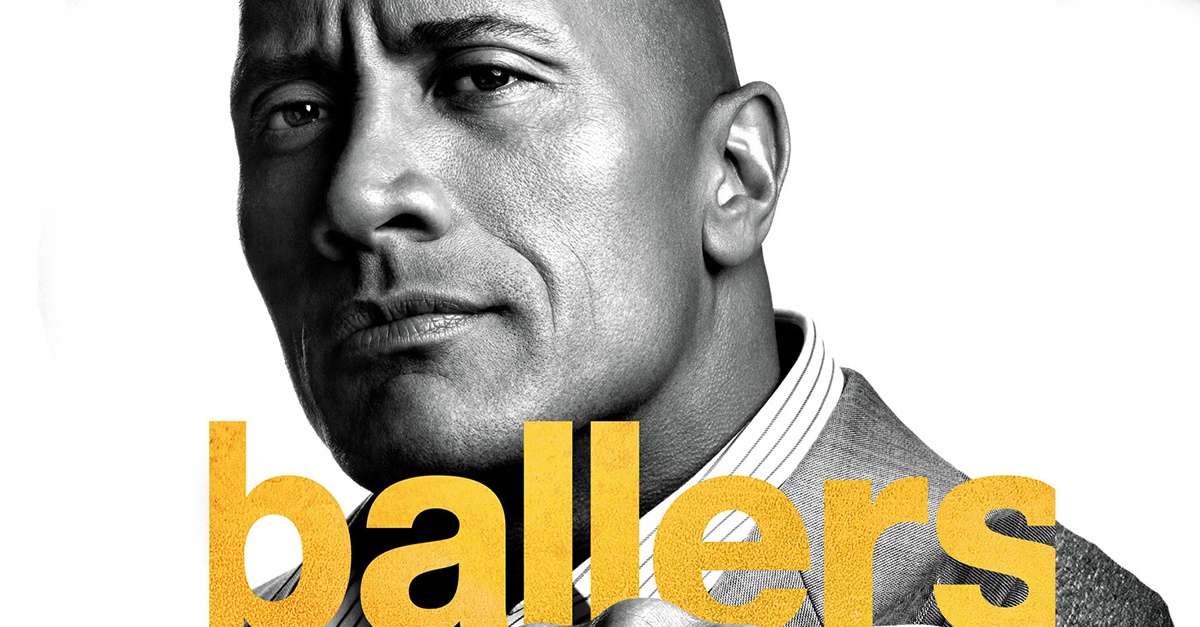 Now I know what some of you may be thinking, a show about NFL ballers cannot be in any way, shape, or form nerdy. Guess what, Blerds? You WRONG.

HBO has unleashed another Mark Wahlberg produced potential juggernaut with a pretty electric cast consisting of Dwayne ‘The Rock’ Johnson as Spencer Strasmore, a former NFL star turned financial manager; Big ol’ Omar Benson Miller (of 8 Mile and Transformers fame); Emmy award-winning Rob Corddry (Old School, Harold and Kumar, Hot Tub Time Machine and The Daily Show) as Joe, Spencer’s partner and fellow financial manager at Anderson Financial; and newcomer and one of the only actual ballers on the show, John David Washington, who is an actual former NFL running back. Although he never made it off the practice squad, I’d say he’s doing pretty well for himself. Oh, and he’s Denzel’s son. Yes, THAT Denzel.

Now back to the nerd legitimacy. Although the show has picked up right where Entourage left off, with tons of sports and celebrity cameos, hella nudity and booze-filled parties, the show seems to be trying to ground itself in a very different stance. Financial management. This show could seriously go down as a NFL rookie must-watch and all around tool of athlete insight because of the realness that gets dropped each and every episode. NFL, NBA, MLB, and NHL players alike all share some fundamental similarities throughout their careers: They all make boatloads of cash, but all too often manage their money in the worst possible way. Blowing it all on cars, cool toys, and friends is where this show attempts to capitalize. The obvious, yet seldom talked about downfall of players’ bank accounts is a market that has remained pretty much untapped, besides that amazing 30 for 30 that dropped a few years back. 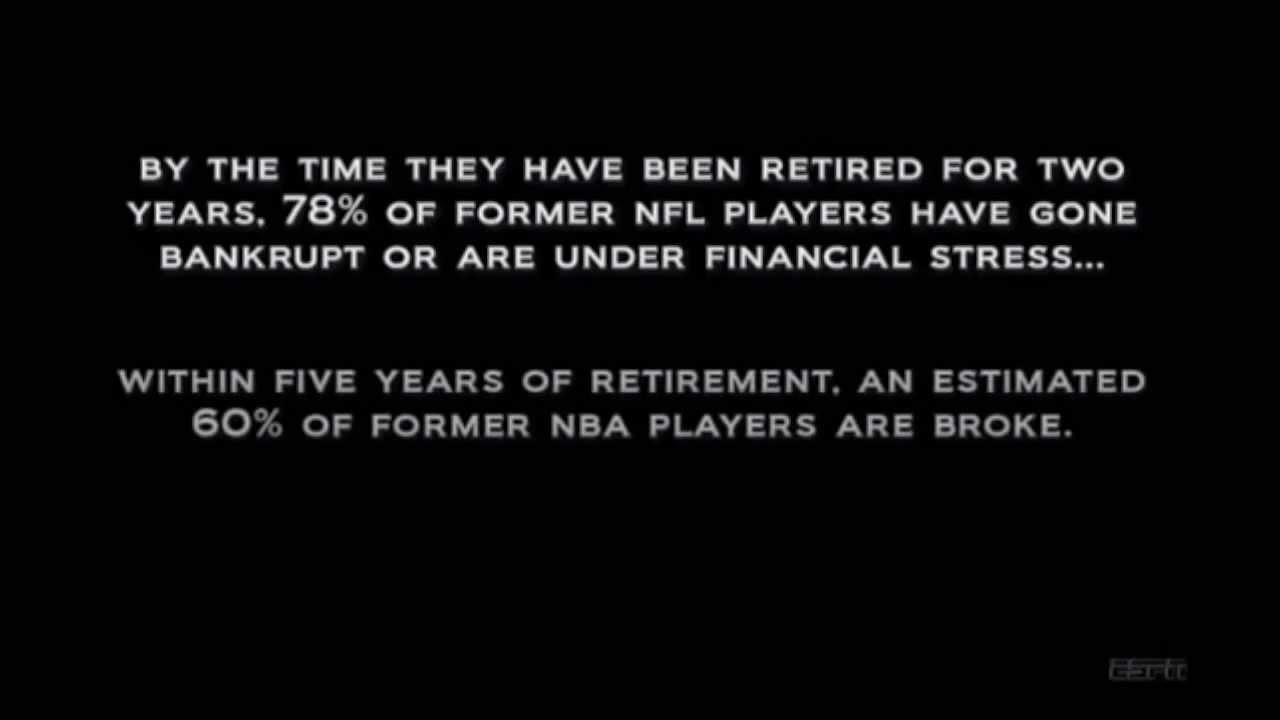 Ballers has been hailed by raving fans, praising its authentic off-the-field audacity and genuine take on the lives of players after they take the jersey off, yet criticized by skeptics that say the acting of the cast is subpar and the comparisons to Entourage are undeserved. Its first four episodes have certainly delivered on the entertainment end, let’s see what they’ve concocted for us going into the season’s midway point.

Episode 5 presented us with a whole lotta blackmailing and blackballing. First, we get Spencer and Joe wrapping up negotiations with the salsa extraodinaire, Victor Cruz. They are filling out a decent financially managed athletic roster, but have a bit of a problem when Vernon, Spencer’s young NFL stud homie and pseudo-client, keeps calling them despite their recent fallout.

They meet up for a millionaire brunch and Vernon informs the team of Spencer, Joe, and Vernon’s sports agent Jason, that he’s in trouble because some woman named Ms. Lee has pictures of him smoking weed with hookers during the “event” that Anderson Financial organized a few episodes back.

After this revelation, Spencer once again tries to lay down the law on Vernon’s best friend from the hood, but I have a funny feeling the fucks being given will remain quite stagnant.

Meanwhile, our current NFL baller Ricky finds himself in the same damn position homie has been in all season! The hell is join on? The funniest character on the show is stuck in new team/hazing/ass kissing/limbo?? Naa son, get it together Ballers. They got Ricky up in the strip club giving Alonzo’s whole damn bald headed family the racks on racks VIP treatment while getting disrespected and shitted on left and right. Now I know players have to remain cool in all sorts of different situations, especially after getting in trouble for brawling in the club and whispers by the media that you’re a locker room distraction, but MAAAAANNNNNN lemme tell you how how quickly I would’ve hit a fool with the Tyson two piece after handing 10 Gs to someone and seeing that man make it rain 10 Gs 5 seconds later. The arguably most relatable guy on the show, Charles Green is a retired lineman now working at a Chevy dealership who is trying his best to resist the urges of still having friends in the league. Some chick from the weed and hookers party keeps sending him pics and the guy is just so torn up inside about what to do. He’s seeing that beauty when he does the nasty with his wife and is struggling with everything that is running through his mind. He’s such a genuine soul and that is very evident, but even genuine dudes get tested every now and then. He runs to womanizing Ricky for advice (that’s called irony). 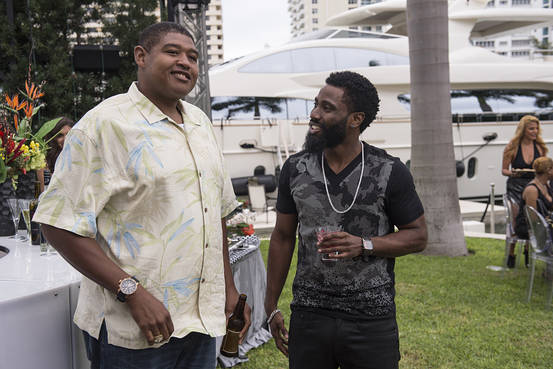 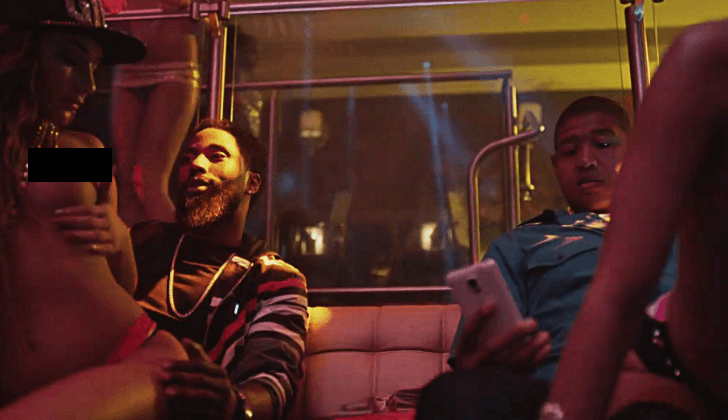 Ricky takes the surprising high road and tells shorty to go kick rocks but Charles is so taken by the booty shaking masterpiece he has on his hands that he takes a picture and emails it to himself. What do you think happens after that? Does he get away with it? NOPE!

Does his wife find it immediately and link the pic to the TV so it pops up as soon as he gets home and plops his lineman frame down on the couch? YUP!

Ricky is at his wits end when a prayer comes flying in like Balerion descending upon Harrenhal during the Conquest. Alonzo and his stripper lady friend pay Alonzo’s whip a visit to check out his vibrating seats..no, dead ass. Vibrating seats folks. Luckily Zo gets a visit himself…from the cop uncle that Ricky mentioned earlier in the episode. He gets Zo out of the incident and it looks like they finally pulled Ricky out of this storyline sink hole.

Spencer and Joe have contrasting luck during their meeting with this blackmailing woman’s lawyer. They bring a standard 50 grand to the sit-down but get hit with the old school Will Smith scccuuurrrrrr, hand to the face. The machete wielding descendant of a lawyer hits the guys with a 500K payout or we’re going public ultimatum. They all puff out their chests and leave in a fit of rage. Pretty standard money flying to take care of problems stuff so far, then Spencer tells Joe that he knows who this lawyer is working for. Oh, the mysterious Ms. Lee, who could she be?
[divider type=”thin”]
I’ve been talking to a lot of HBO fans, Entourage fanatics and casual show watchers alike, and in my opinion, people have generally fallen on either side of the spectrum. You either love Ballers and look it as the not-as-amazing but still-pretty-great Enty replacement. Or you’re highly disappointed in what you’ve seen so far and expect more from the next great cool and funny show. The way I see it, they’ve delivered on the expectations of an HBO show about BALLERS. Let’s all remember the namesake. A concept of a group of individuals who play a sport and occasionally enjoy themselves wholeheartedly whilst off the field… and thats sugarcoating the hell out of it. Could they use better dialogue? Sure. Could they be a little less chauvinistic? Just a smidge. But if you take it for what it is, they have shed light on the fear of retirement and the literally crippling realization of the medical woes these players are sure to encounter after they hang up their cleats. Ballers has given us that familiar celebrity and athlete laden environment that HBO has mastered over the years. Am I expecting any Emmys? Nope! Am I expecting to laugh and be entertained for another 5 weeks? Yup! 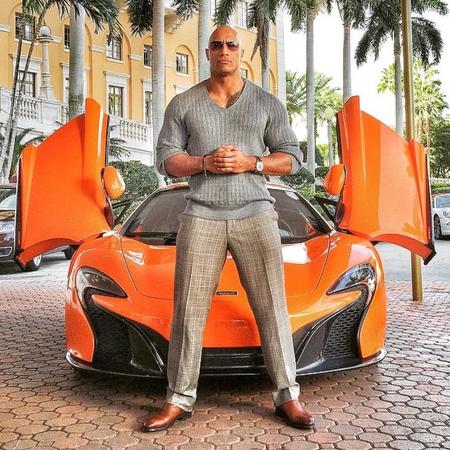