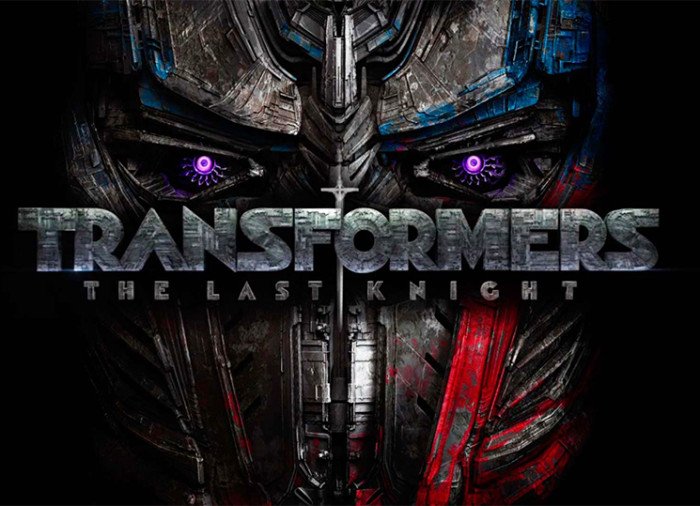 First thing’s first, if you’ve enjoyed the other Transformers movies you’ll enjoy this one. It’s more of the same with a bit more effort in creating a unique story, so you might actually enjoy it more than the others. If you’re a Bayformer (Michael Bay Transformers) fan then no review or discussion will sway you, but you might want to read through this. It’s gonna be a wild ride. Oh, Shia Labeouf is in the movie. Well, a picture of him at least.

Ever since Michael Bay first unleashed his Transformer genjutsu onto the world in 2007, four more movies have been made. Each movie better than the last for the wrong reasons but let’s take a look at his latest piece of Eden, “The Last Knight.” Warning, there will be minor spoilers but nothing major because who needs a plot these days when you got SPLOSIONS! If you couldn’t tell, I stopped watching Transformers with the hope of getting a good movie long ago. Now, I watch them to see what the ol’ Bayster has in store for us and I’m never disappointed with that mindset. Either way, let’s do a quick plot summary.

Hey did you know that King Arthur and the Knights of the round table had help from Transformers? Did you know that Bumblebee fought the Nazis? Cause he did. He fought ’em real good. I swear the first 20 minutes of this movie started out as another project that someone scrapped but Michael Bay was like “Bring it on home to me.”

Post Age of Extinction, Optimus Prime flies a little too close to the sun he ends up on his home planet (or is Earth his home now?) Cybertron and a new villain named Quintessa just touches him and makes his eyes turn purple. As Barney has shown us, anything purple is basically pure evil, of course. She says that Optimus has to destroy Earth to save his home world. From the trailers, you might think that would be the main plot point. Well, you’re wrong kid go hit the showers.

The main plot follows…Mark Wahlberg. I mean, Mark Wahlberg with long hair. Sorry, I mean Cade Yeager. No relation to Eren Yeager unfortunately. He’s being hunted down by the military, FBI, MIB, and whoever else has a 3 letter acronym for their strike force. Transformers and humans are at war after the last movie. I don’t remember too much about Age of Extinction except for dinosaurs. Well, if you like dinosaurs you’re in luck because this movie really channels Land Before Time with baby Dinobots. After Marky Mark and the funky bunch get close, the plot shows up again like an hour and a half into the movie.

Optimus finally comes to Earth and fights Bumblebee for like 2 minutes and Bumblebee speaks and snaps him out of his purple trance. After that, I swear Optimus just fucks off for a few minutes. Like he just flies up and he’s not seen for a while. He also has so many speeches after he loses his purple eyes that I thought the movie was ending over and over. Good guys fight Quintessa and they win. That’s the whole plot without any major spoilers. Oh, Megatron is in the movie too. More about him later.

Whewwww! Okay. So, strap on your seat belts because it’s about to get bumpy. This movie forgets that it has a plot so much that I needed to use Observation Haki to see it. Halfway through the movie, some Decepticons get the Suicide Squad treatment. Meaning they get the freeze frame with their name along with their name displayed in big giant letters on the screen, that came out of nowhere. Did Michael Bay play a dart game and just put whatever his dart landed on into the movie? Did he forget that action scenes weren’t key plot points? Did he forget why kids love Cinnamon Toast Crunch? These questions probably won’t be answered and that’s fine Michael Bay. Just know that we’re here for you.

Isabella, the new little girl human character was pretty badass but she kind of gets dropped along the way and picked up by the plot again as well. Most of the Autobots that fought in the last movie do nothing in this one and I just…I just DON’T UNDERSTAND. Michael Bay, I come to you as a friend. You have the ability to make a decent Transformers movie. I mean the first one wasn’t all that bad. This movie really added nothing to the franchise and it wasn’t really necessary. It could have been skipped altogether and had an “On the Last Episode of Transformers” thing and give a quick rundown in 5 minutes before the next eventual Bayformer movie and it’d have the same effect.

But now we get to the heart of the matter and the thing that I had the most issues with, Megatron. Megatron is obviously the main antagonist in most Transformers media but for some reason, after the first movie he was nerfed beyond comprehension and became second fiddle to whoever else was in the movies. In Age of Extinction which was THE MOVIE RIGHT BEFORE THIS ONE (that part’s important), he gets resurrected and put into a new body by some dumb scientists. It’s always dumb scientists. Anyway, he becomes Galvatron. He was THAT DUDE.

Along with the Dinobots, Galvatron was the reason to watch that movie. He could transform into little energy particles, he could turn vehicles into mini Galvabots. He could FINALLY BE ON PAR WITH OPTIMUS PRIME AGAIN FOR THE FIRST TIME IN ALMOST A DECADE FULL OF MOVIES. Galvatron/Megatron literally says that he’ll be back for Prime later. As in, he’ll be back in “The Last Knight”

Well, Megatron no longer looks like Galvatron in this movie. He also doesn’t transform like Galvatron. The name Galvatron isn’t even mentioned. HE’S JUST NOT GALVATRON IN THIS MOVIE AT ALL LIKE THEY JUST SCRAPPED HIM FROM THE CONTINUITY. I’m not here for theories of Quintessa controlling him (which she did) and turning him back into Megatron with a new body. I don’t care if he went in the hyperbolic time chamber, you don’t just get rid of a major plot point and not explain it. I felt personally betrayed. Megatron went from being Optimus’ equal to maybe being stronger than him, all the way back to being a pawn for another villain.

The best scene to me is still in the first movie when Optimus rolls in, transforms and just yells “Megatron” and Megatron just stops what he’s doing and just says “PRIME” and they fight on equal ground. It was great and I’m afraid we’ll never get that again with the way these movies are going.

Coming from someone who really wants these movies to be good, “The Last Knight” isn’t the kick that the series needed. If anything it just added another shovel to help bury it deep into the Earth’s core. The movie’s editing was also sloppy. There were a couple scenes where someone was holding something or sitting down and it would cut and the person was standing up and whatever they were holding would be gone. I just want a decent Transformer movie that’s all. Although these words might seem harsh, it comes with love. Love for Megatron and love for a beloved franchise that I hope will turn itself around.