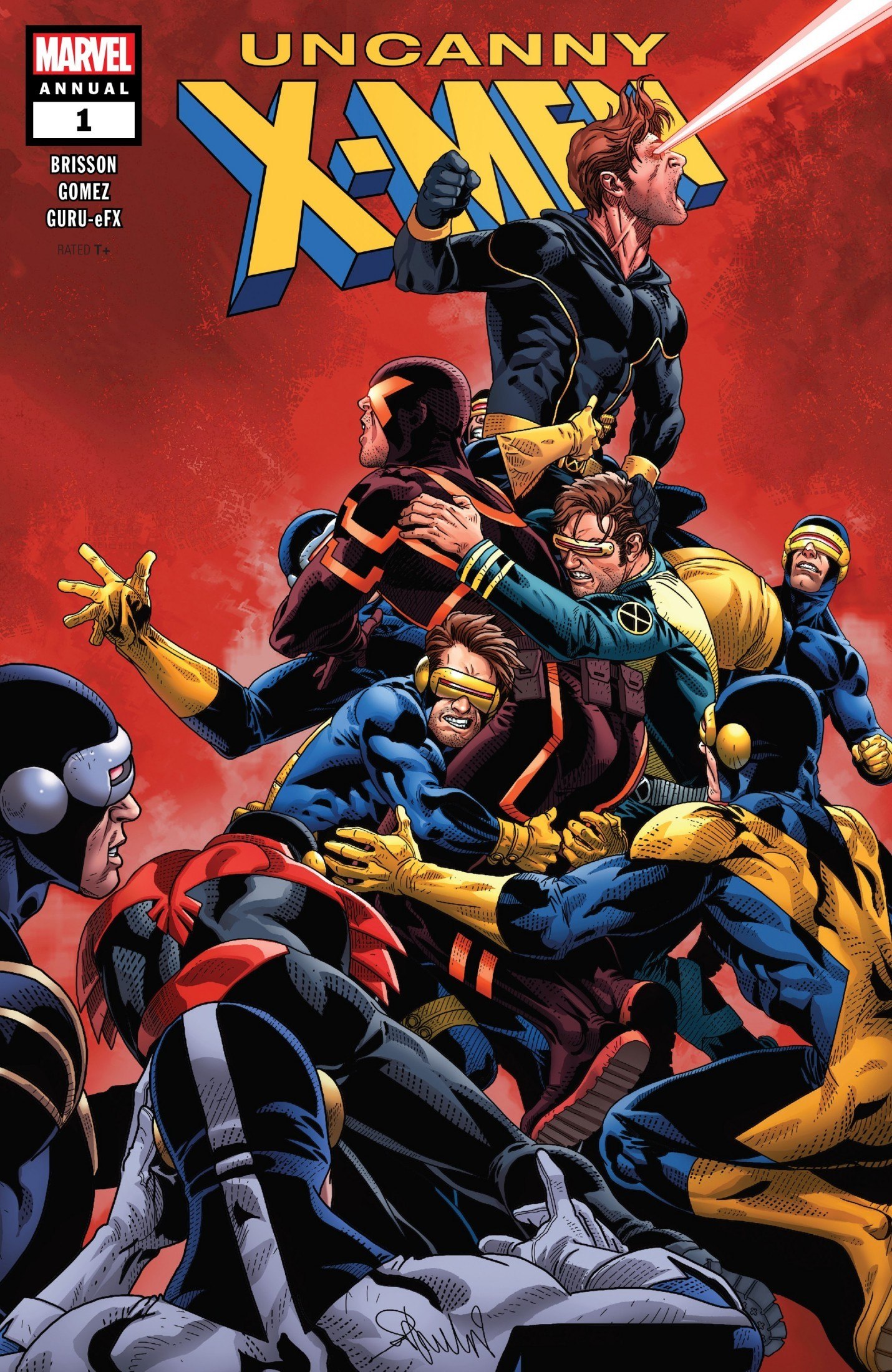 “In the land of the blind, the one eyed man is king.” – Desiderius Erasmus

The return of a legend: fan-favorite X-Men leader Scott Summers aka Cyclops aka Cyke aka Scotty Bluetights aka Slym Dayspring aka Gloomy Face.  After dying a senseless and anticlimactic death during the Mutant-Inhuman Wars in the “Death of X” mini-series, Xavier’s star pupil joins the living to reclaim and rethink his position in the message of his mentor. Timing was never his strong suit (how long did it take Cyke and Jean to get married? 34 years?), and so of course, Cyclops is back, but the X-Men have already been wiped away by X-Man on the beaches of British Columbia.

Death is Not the End 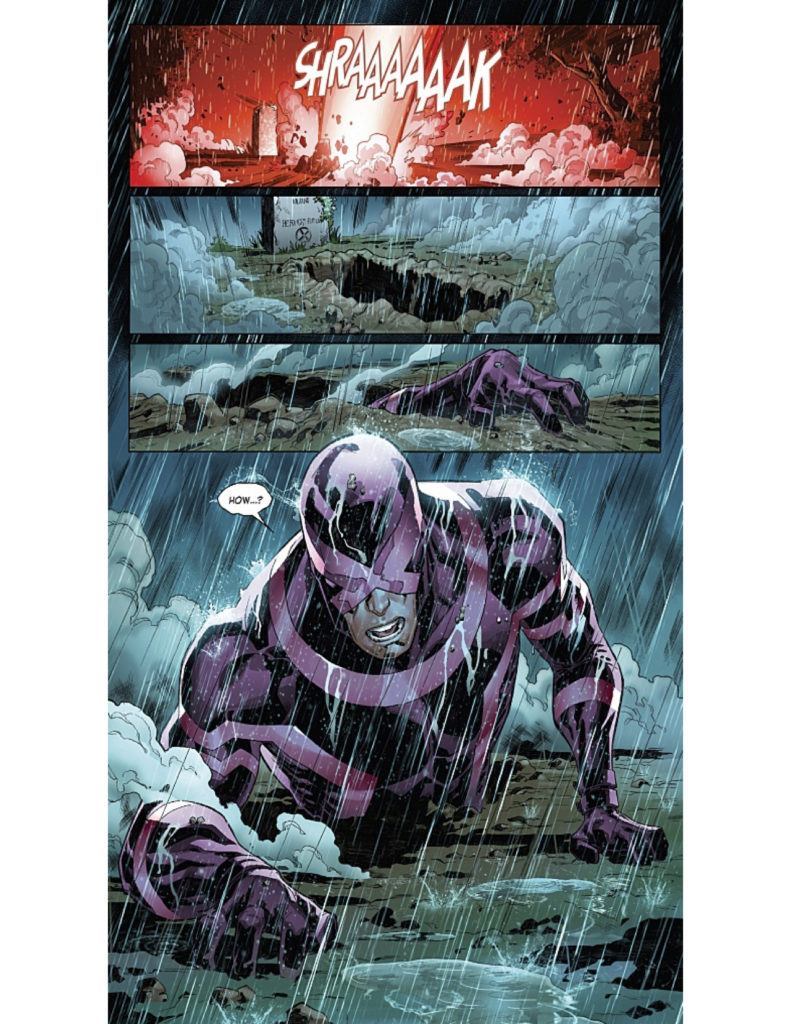 Cyclops was first shown alive in the final panel of Extermination #5 after Kid Cable successfully sent the Original Five back to their timeline. This issue fills the how, why, and what happened to bring a dead man back to life. Using the entire timeline as his office, Kid Cable pinpoints a key moment in Cyclops’ life as the key to reviving his father. Several stylized pages follow – tinted, inked, and penciled in an impressive homage to the Golden Age style of early X-Men comics. During one of his “off-days,” Cyclops saves the life of a research student under attack from a giant robot controlled by deranged technology professor who loses his job. Thankful, the student promises to do whatever he can for Cyclops to repay him.  Kid Cable visits the man in the future, forcing him to make good on his deal by making a Phoenix Cage small enough to use enough Phoenix force to bring someone back to life. Kid Cable gives him two years to complete the project. When it works, Kid Cable keeps his locked away until “the time is right.” That time is apparently now.

Just as Cyclops readies himself to rejoin the X-Men, Kid Cable presents him with a dilemma in order to see what kind of man emerged from the grave. He gives Cyclops the choice of saving the man who brought him back to life, or of joining the X-Men on a beach in B.C. to fight a battle they cannot win.    Ultimately, Summers chooses to maintain the karmic circle of his connection to the stranger who saved him.

Cyclops has gone through a lot in his lifetime and sacrificed even more to protect mutant-kind. He lost his parents in a plane crash (or at least he thought), grew up in an orphanage, lost his wife and soulmate three-times to death, gave up his infant son to be raised in a distant future, and those are just his normal problems. Has he always been right? Judge not lest ye be judged. Has he always protected his people? Damn right. After House of M, Cyclops took it upon himself to not just protect Xavier’s dream, be it by any means necessary. Some claim he turned toward being a villain, more along the morality of Magneto. I say Cyclops evolved into the man he was always meant to become. A real leader adapts and serves the needs of the mission and those under their care first and foremost. Even when greenlighting black-ops hit squads, Cyclops had a goal in the mind – the preservation of his people.

This annual is actually the best issue of the Uncanny X-Men revival. While the previous ten issues in the Disassembled arc carried rosters of 20+ X-Men per book, this annual feels like a breather. Focused on character and streamlined, the issue tells its story well. Visually, penciller Carlos Gomez provides dynamic, smooth, and emotive scenes that are both detailed and breathable. Brisson, as the lone writer on the book, provides a well-structured, well-paced script that ultimately brings us a to moment of ultimate letdown. While this issue of Uncanny X-Men Annual presents a really well-structured story that  touches on ideas of family, fatherhood, and responsibility, the realization accepted by Cyclops at the resolution feels wrong. 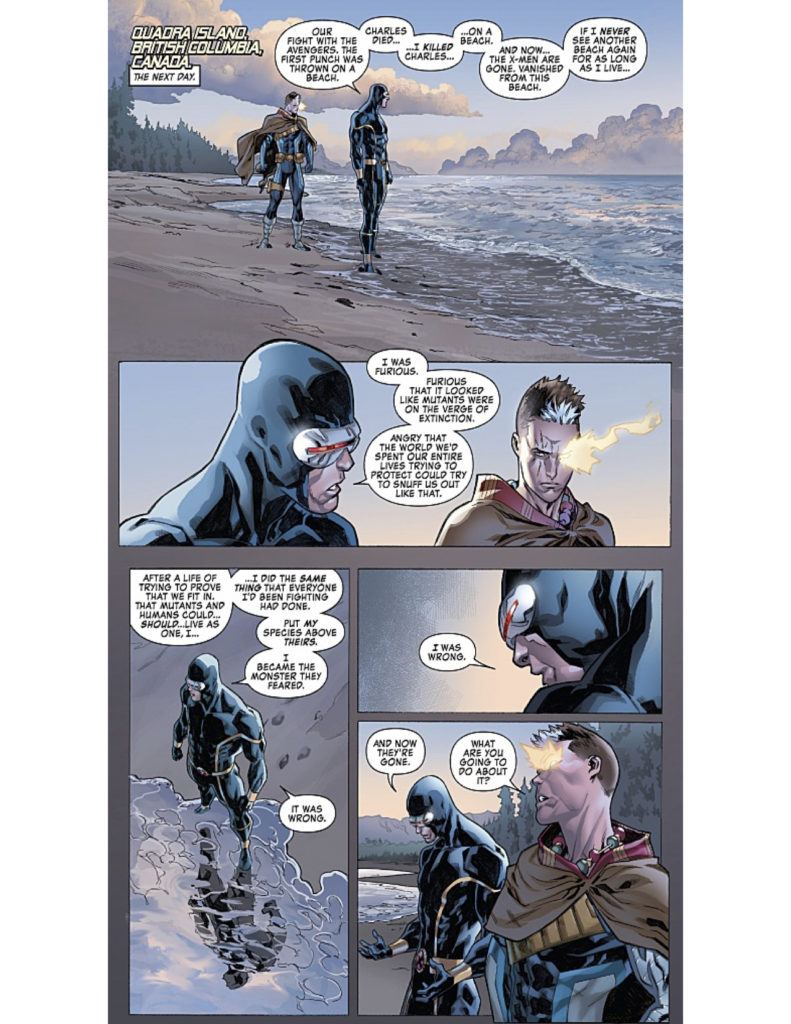 The question remains – is the revived Cyclops the Cyclops we want or need right now? 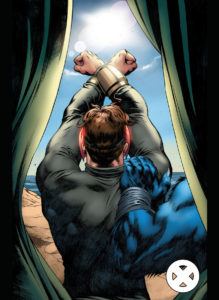