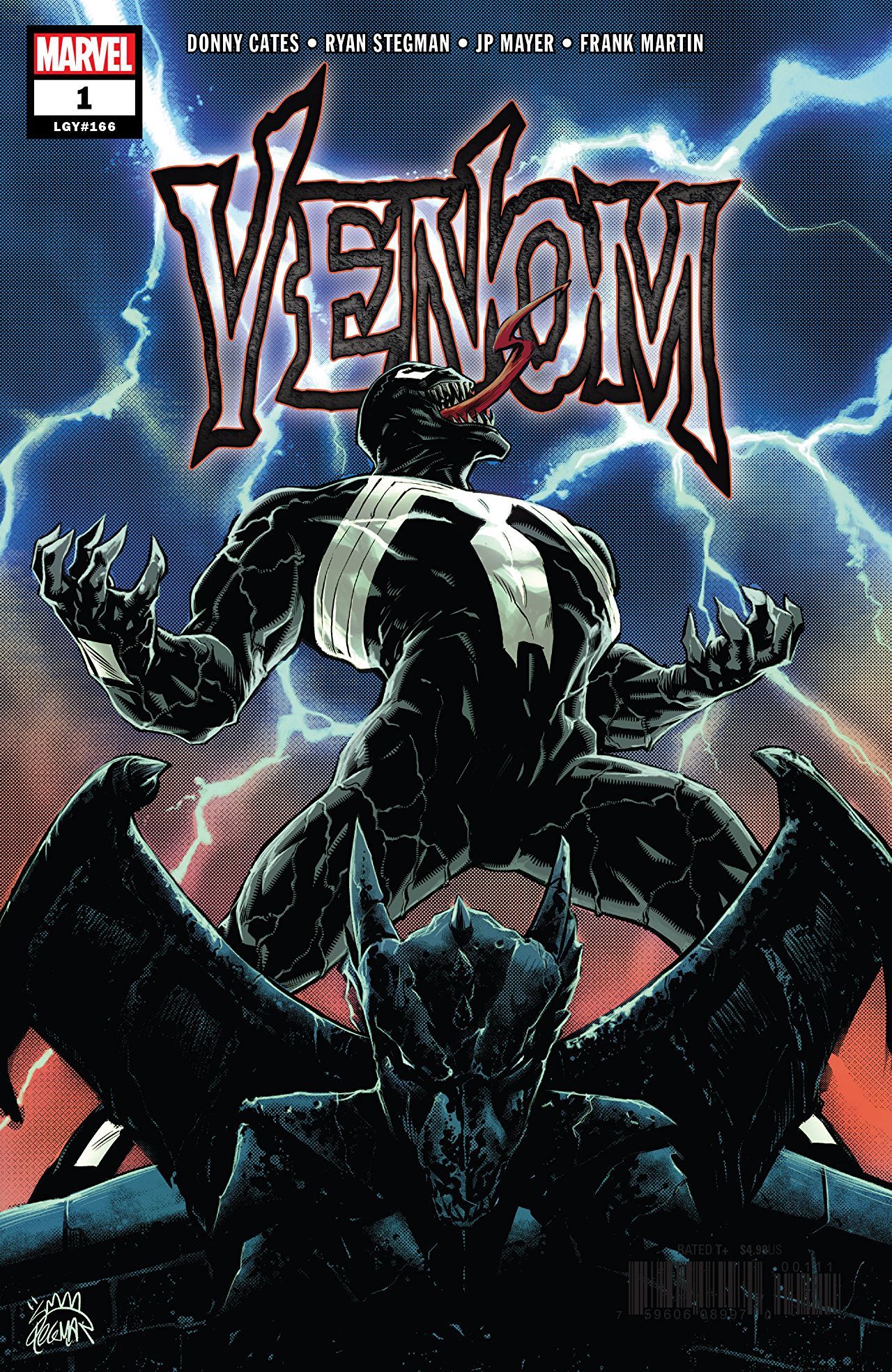 I’ll be honest. I haven’t read too many Venom stories where he’s the hero. Aside from Flash Thompson’s Agent Venom, I’ve always preferred the character as more of a sadistic villain or a horror movie monster. I’m hoping this new Venom series is good enough to change my mind, and after this first issue, I’m not quite sure I’m there yet.

For a while, Eddie Brock has held the Venom Symbiote and they’ve enjoyed a mutually beneficial relationship. All that changes. In fact, I like how the book opens with Eddie at odds with the Symbiote’s recently erratic behavior. I really like how writer Danny Cates shows the effect being Venom has on Eddie’s life. Seeing him in peril, living in squalor and trying to control this monster inside of him does a great job of showing how unnatural and unhealthy their relationship is. While they are connected more than ever, they haven’t scaled down the fact that it’s dangerous to be bonded to a Symbiote. 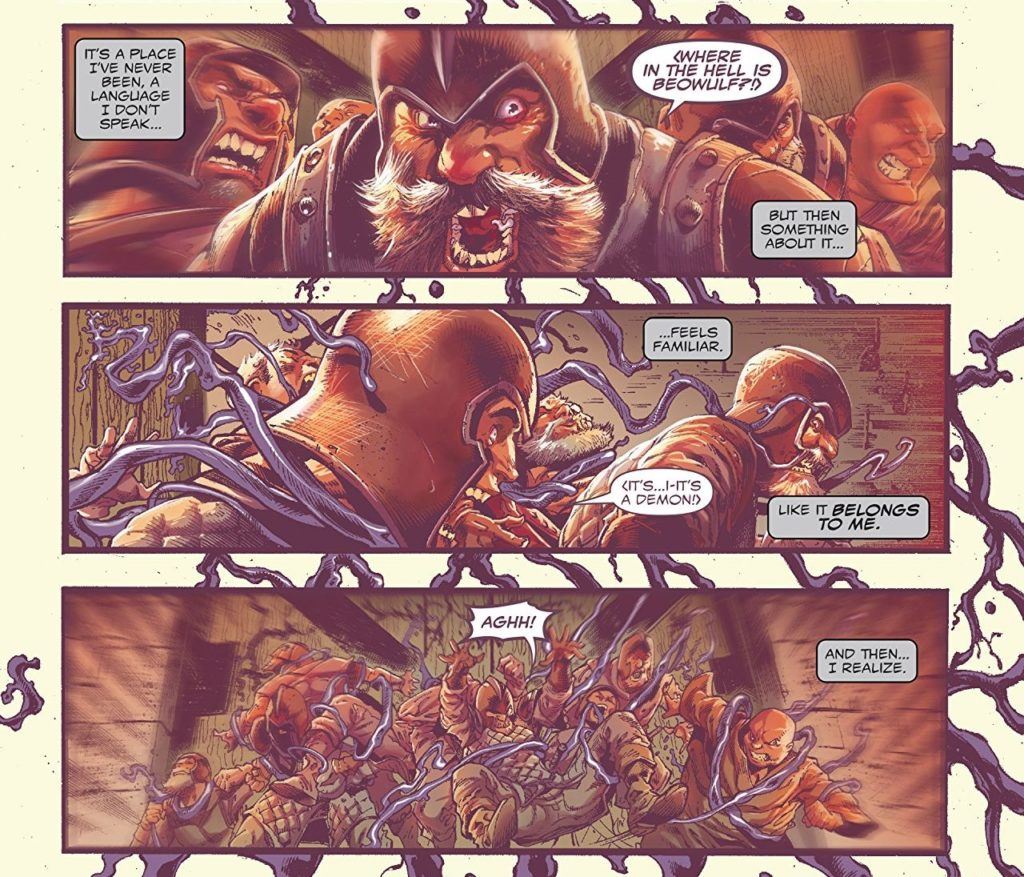 Eddie trying to hold the monster back that is the highlight for me. Now, where the book loses me is yet another change to Venom’s backstory. Over the past few years, Marvel has revised the history of the Symbiotes over and over again. First, it was the reveal in Guardians of the Galaxy that they are actually a peaceful race, then the retcon of Deadpool having worn and corrupted the Symbiote suit before Spider-Man ever got his hands on it. Now, the Symbiotes were on earth for years before Spider-Man, Eddie or Flash ever come in contact with them? Bruh, keep it simple.

I’m not sure if Marvel is trying to distance Venom from the Spider-Man lore or what but adding more and more to the history of this character just makes everything feel so convoluted and unnecessary. Venom’s original origin works. If it ain’t broke, don’t fix it. Also, adding to the symbiote’s backstory just seems like a recipe for a mess. I’m wary of retcon ridiculousness just to fit this new interpretation of the character. When I think of Venom, I think of a monster movie. When I think of the worst monster movies, I think of the ones that try to add or unveil the mystery of the monster itself (I’m looking at you Prometheus. I’m looking at you). 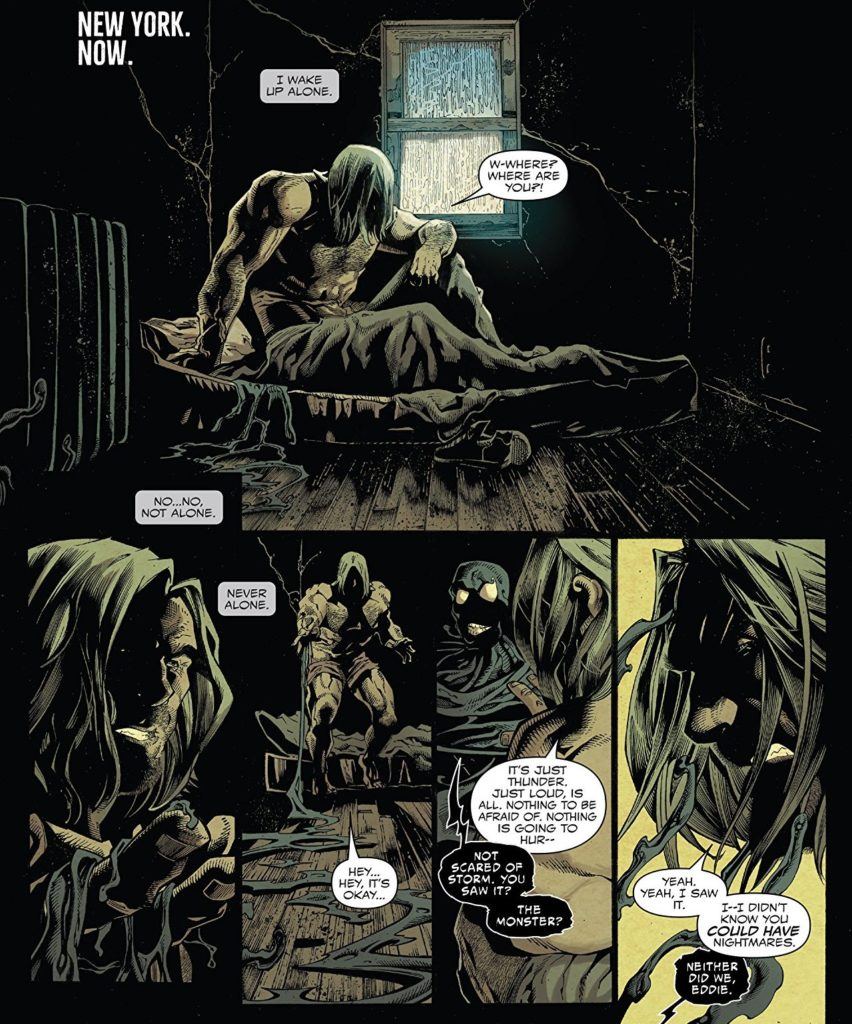 That sucks that this is what holds the book back for me because there is a lot to enjoy. I like the art by Ryan Stegman, who plays a lot with Venom in the darkness and making him look monstrous. There is also the idea of Venom facing off against something more terrifying them himself and Eddie struggle to keep it under control. However, nothing has yet to convince me that Eddie or Venom works as a heroic character. It just seems a bit crazy that Eddie is trying to be a hero when he carries an uncontrollable monster on his back, which leads him to do more harm than good. We’ll see how the book develops but for now it’s off to an average start.