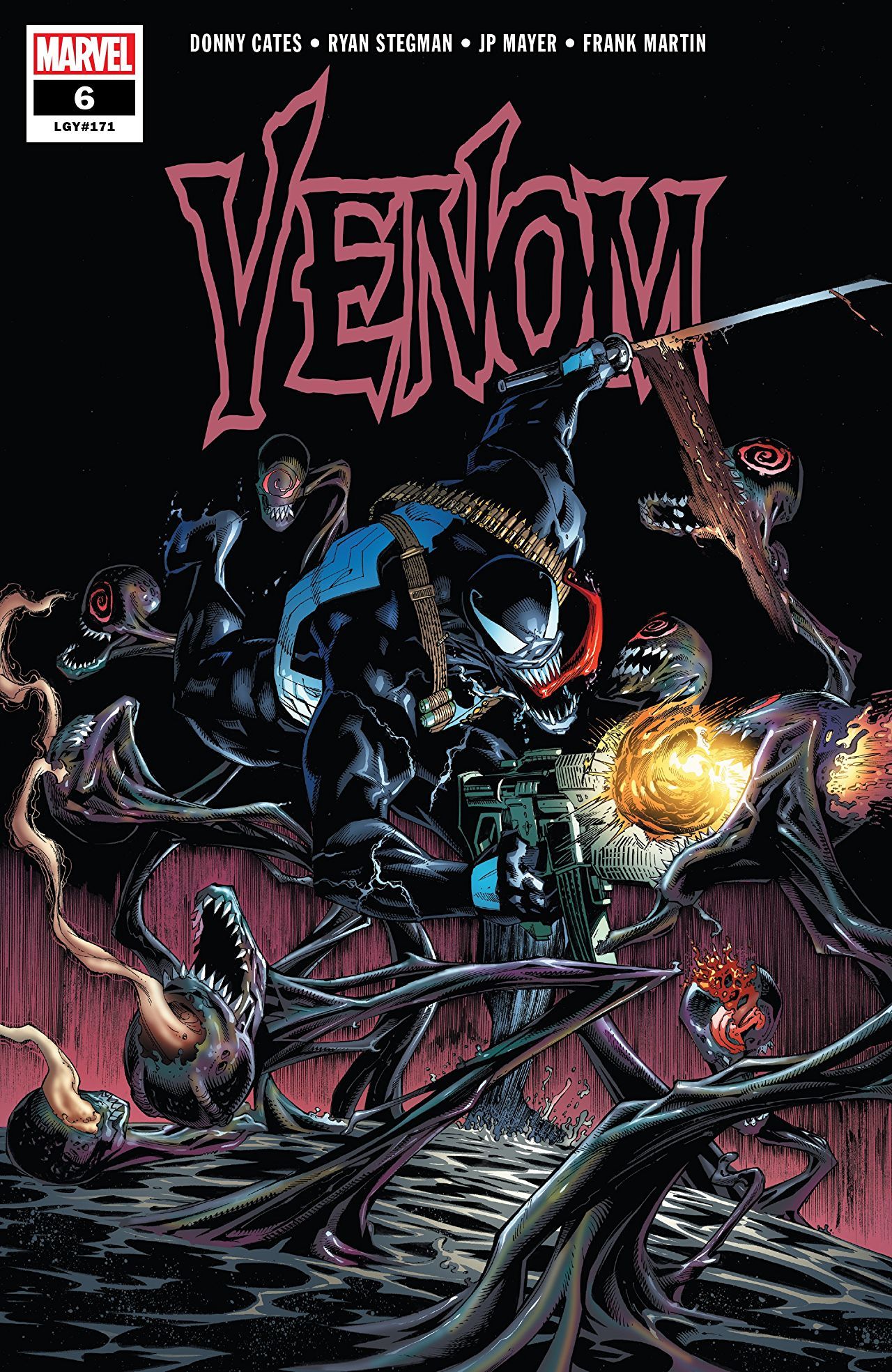 The God of the Symbiotes dies by furnace. This is not a typo, I didn’t misread the issue. Venom literally kills the God of the Symbiotes by sticking him in a furnace to burn. How that is enough to do in an all-powerful god who created a weapon powerful enough to take on Thor, I don’t know, but apparently it was enough for Venom to solve his recent troubles.

As you can tell, I’ve had mixed feelings about the new Venom series. While it’s appealing to see Venom take on a colossal symbiote dragon armed to the teeth with guns, grenades, and all kinds of weaponry, it all feels a bit on the cheesy side. 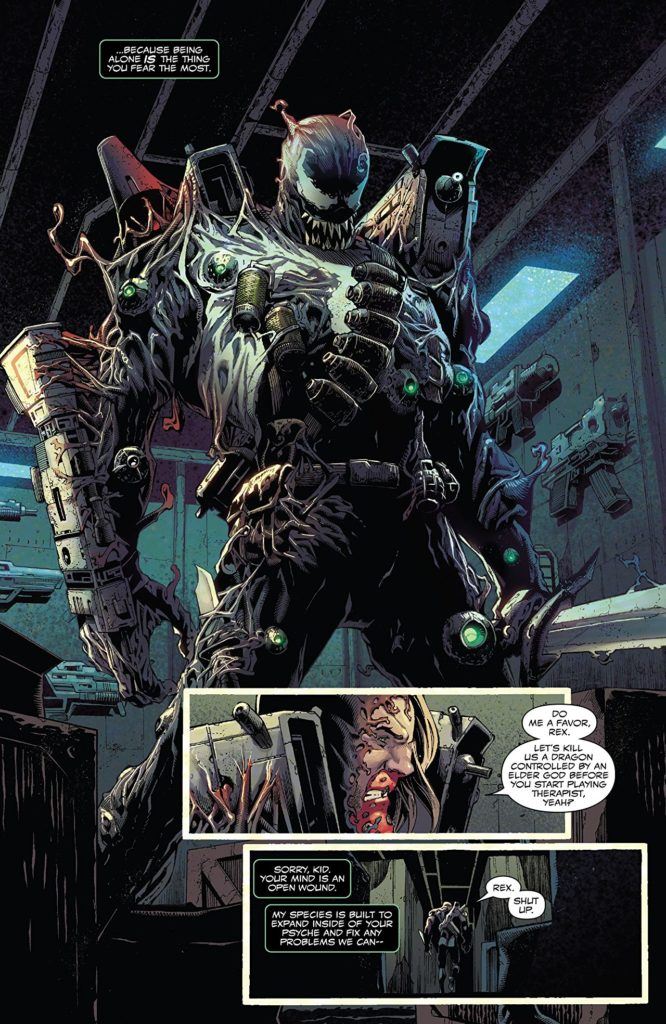 Overall, I can definitively say that this series isn’t for me. While it’s had some promising moments, I was hoping for more of a horror story and a grounded narrative than the extravagance we got. Between the Symbiote God’s origin and the way the book ends, it’s all a bit much.

One of the redeemable qualities about this ending is Ryan Stegman’s art. As ridiculous as the scenario is, he draws a good Venom and the action between the armed symbiote and Knull is top notch. It’s drawn so well that I forget about the lackluster plot and actually enjoyed watching Venom take on this symbiote monstrosity.

While I think there are some elements of Donny Cates story that work, I think what dragged this book down for me was that the tone felt off. As far as Venom is concerned, I’d rather see Eddie be the villain than a hero. This book hasn’t really sold me on the idea that Venom is a “lethal protector” and tries to do too much, which is a classic Marvel sin. Where ever they decide to go with the story next, I hope it tries to bring Venom back to basics.

6 Furnace Coffins out of 10