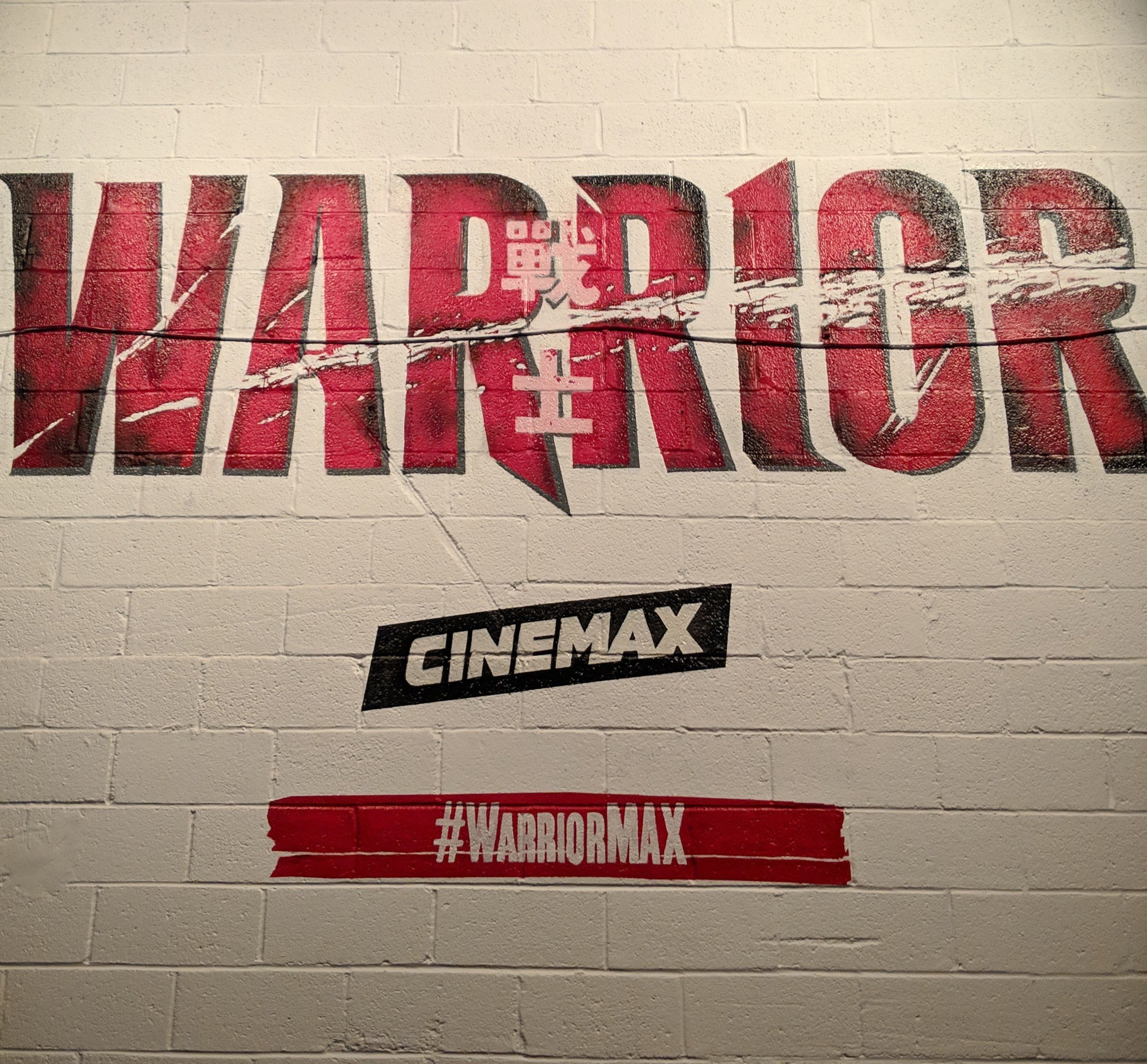 **Light Spoilers For Episode 1 Get Dropped Like Bare Knuckle Brawlers**

I walked into this screening for the first episode of Warrior with 0 context or knowledge. I hadn’t seen a trailer or Subway ad, so I didn’t even know if I’d be watching a movie or a show, but best believe I walked away cosigning this bad boy in every way, shape, and form!

Static on the Docks

The show is set in San Francisco in 1878 where Ah Sahm, a mysterious young man played by Andrew Koji arrives from China, beats a few unfortunate faces to a pulp and eventually gets himself all caught up in the bloody Chinatown Tong wars. The Civil War (yeah that Civil War) has just ended so racial tensions are through the roof, evident by the crowd chanting “Chinks go home! Chinks go home!” as boats unload Ah Sahm and a new shipment of Chinese immigrants.

This overtly racist scene on the docks kicks off the phenomenal introduction that shows viewers exactly what we can expect in this first season. Ah Sahm sticks up for this poor defenseless “onion,” as they’re so eloquently called, who gets shoved by the HDIC (head dick in charge). This plump white man checking identification and his fellow American assholes take notice and press the confident immigrant. It’s looking like a recipe for disaster until my guy, Ah Sahm, whips out the flawless English and spews venomous bars on these “fat white fucks” then serves them up a Popeyes 4-piece combo with biscuit and gravy! The audience around me went absolutely NUTS when the homie laced these bastards, and I’m sitting there thinking that they’re really making Bruce Lee proud out here!

The setting, cinematography, and execution all come together to make for the next great martial arts show. If you’re one of the thousands (millions?) who still feel spurned by the horror that was Iron Fist, get ready to feast your eyes fam. I was beyond disgusted when I heard about the cancellation of Into The Badlands, but after this series premiere, I’m pleased to report that there’s a new beast in town and it goes by the name of Warrior.

As every minute passes, you can tell more and more that this season is going to be a fun ride. Outside of the obvious smack talk and dope action sequences, there are some subtle moments that show you the attention to detail being paid by the director and showrunner(s). There’s a scene where Wang Chao, the 1-man Chinese welcoming committee at the docks brings Ah Sahm, to meet the Tongs in red and black. Chao and these guys are speaking Chinese until the camera pans around them talking and switches to English with astute perfection. It’s only a second or two, but the scene is shot with so much finesse that you can’t help but marvel at the work being put in behind the camera.

The active leader of this gang is Young Jun, who’s the son of Father Jun aka The Eyeless Wonder aka the OG badass who fucked shit up at war jumping onto ships and slicing mufuckas up.

As soon as I got my first look at mayor Samuel Blake I said, “this fuckin guy” in my head. He’s a pretentious bastard who thinks every word that comes out of his mouth are golden nuggets of wisdom. Luckily, his wife has a sharp tongue and when one of Blake’s politician friends comes over she does not hold her tongue about her thoughts. He warns her to be careful, cuz she’s “married to the government.” Their meeting ends with Mayor Blake having to up the policing in Chinatown, despite having only 75 cops for hundreds of thousands of citizens.

We got insight into why this is such a big deal when a cop, Officer Lee, stops these two thugs from going all Super Saiyan sociopath on a couple of Chinese men. Lee eventually volunteers for the Chinatown squad. Nobody’s gonna argue with the one cop vying for one of the most dangerous jobs without any upward mobility.

Young Jun eventually takes Ah Sahm to the brothel, where the whole vibe switches up, and we meet one of the dopest characters! First off, they got trap music BUMPIN when Olivia Cheng’s Ah Toy comes out to present the young gangsta and his new buddy with some options. This is like a regular Tuesday for Young Jun, but our boy is looking for a certain someone, who winds up being the big reveal by the end of the episode. The transition from the brothel to the next scene was the stuff of comedy legend.

Be Water, My Friend

From there on out, Warrior flows like water. There are moments when fight scenes feel like a tsunami overhead, inspiring awe and disbelief. There are meandering conversations akin to a languid creek, only to drop into wildly unexpected territory like waterfalls. There’s strife brewing between the Irish and Chinese that can only end in death and despair.

While the mayor is living his best non-binary brothel life, Larry, the head asshole Irishmen, and some Andre the Giant lookin’ challenger are goin’ bare-chested, fisticuffs Mandingo on each other in the pouring rain, surrounded by dozens of bloodthirsty Irishmen with their cups (tankards if you history buff nasty). It’s honestly one of the most phenomenally shot knuckle-to-face fight scenes in a hot minute. We see the brute strength of this man, played by Dean Jagger, who seemingly commands the entire city’s Irish community.

After getting in a little too good with Young Jun and the most powerful Tong in Chinatown, Ah Sahm finally finds the woman he’s been looking for and finds out who she’s really become. He leaves in disgust, hits up his favorite brothel for a drink, and shits all over a tipsy Wang Chao because, “nobody likes a preachy drunk.” As this episode comes to a close, a certain brothel manager hits Ah Sahm with the come-get-this seductive eyes and some bars of her own. Only problem is the young martial arts phenom is only in the business of bedding women who have a choice, and her being the only woman in that brothel with free will…the rest is history. 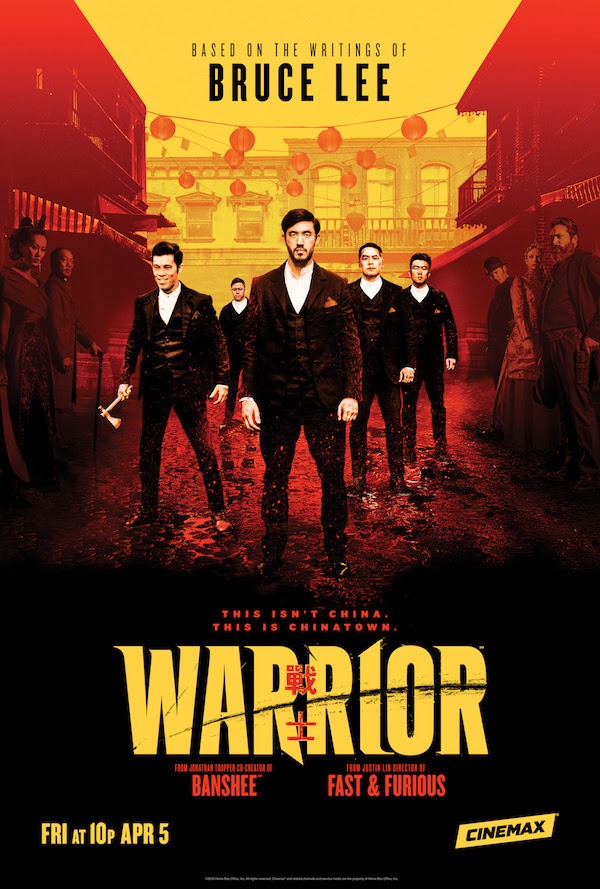