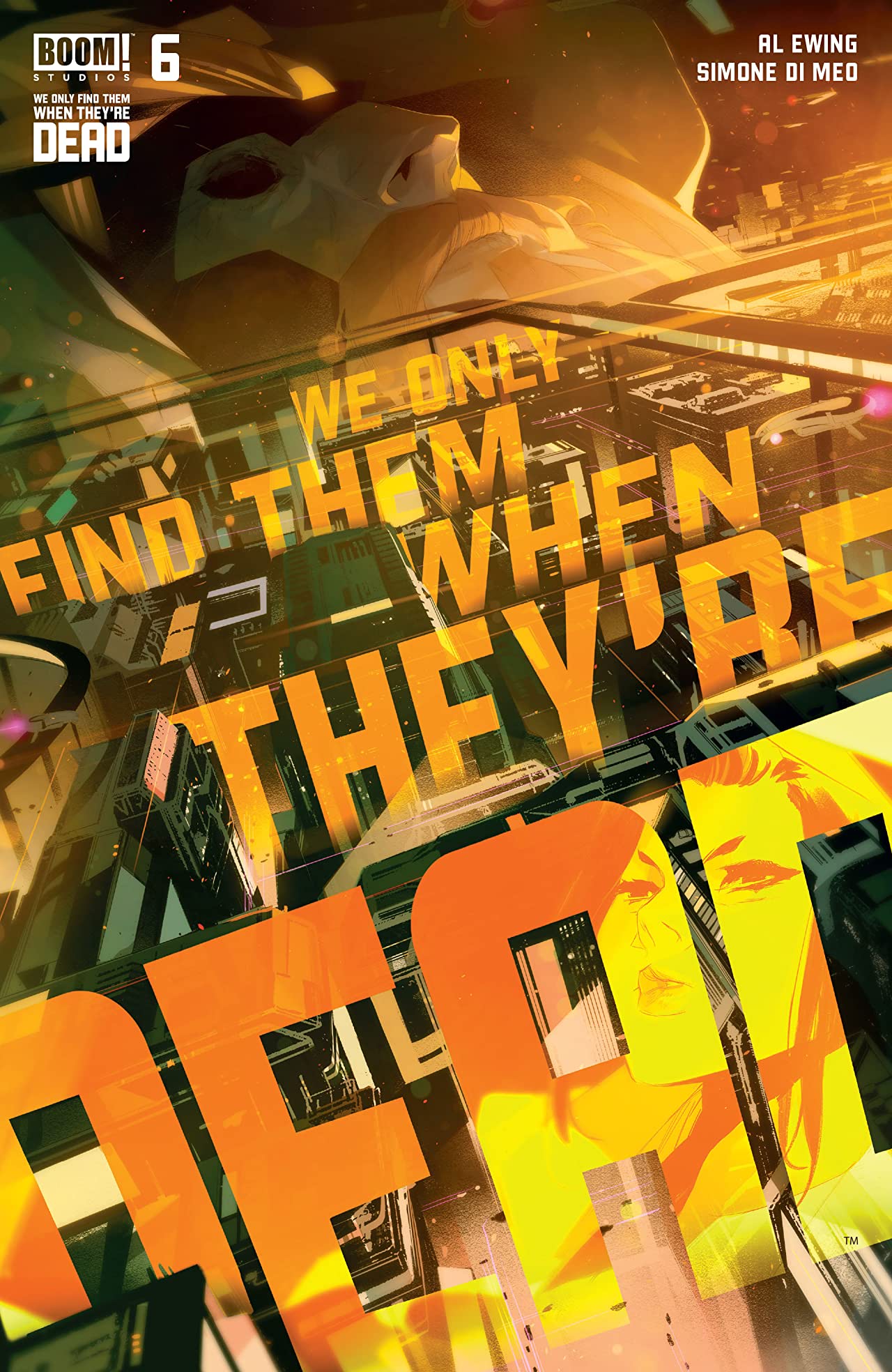 It’s been a veritable minute since we have returned to the vast expanse of autopsy ships and harvesting dead gods for resources, but I am very happy to return back to the universe of We Only Find Them When They’re Dead. The imaginative and vibrant world that Ewing and Di Meo cultivated during the series inaugural arc was some of the most hauntingly beautiful space epics, and the start of the second arc injects even more energy to an already rousing series.

The opening pages of We Only Find Them When They’re Dead #6 do a small recap of the coda events of issue 5 hinting at some of the ramifications to come, but it’s mostly just a way for Ewing to remind us how the simple phrase “An autopsy ship with a crew of four” can instill very particular types of stress into a reader’s heart and how phenomenal Di Meo is at illustrating the sheer grandiosity of the world.

The narrative proper of We Only Find Them When They’re Dead #6 actually occurs after a significant time skip, taking us to the year 2414, and presenting us with a new focal point character: Ambassador Marylin Chen. In the fashion of many sequels, Chen stands in stark contrast to Georges Malik. Her composure, more relaxed. Her demeanor, more playful. Her mission, a little more obtuse than Malik’s goal to find a living god.

In fact, Chen’s mission is to seek out Malik, which marks a very notable change in the narrative’s pace, but one that fits into the narrative beautifully. Whereas the first arc was very anchored around the harsh realities of space mining gods, Book 2 (The Stealer), is a much more politically inclined book. Chen has an equivalent charisma to Malik, but rather than using it to command a crew, she uses it to navigate tense negotiations with other factions to obtain what she wants. And while We Only Find Them When They’re Dead #6 has less action-oriented, it is no less compelling between Ewing’s tight dialog and Di Meo’s absolutely stellar artwork. Getting to see the repercussions of the last arc in a new light makes for a very compelling story, and I’m loving all of the speculation that is provoked.

Emboldened by the time skip, the second arc of We Only Find Them When They’re Dead takes the series in a new and exciting vector. Between new characters, new situations, and new motivations, there are several enthralling prospects with the return to the world, and I’m excited for all of them.