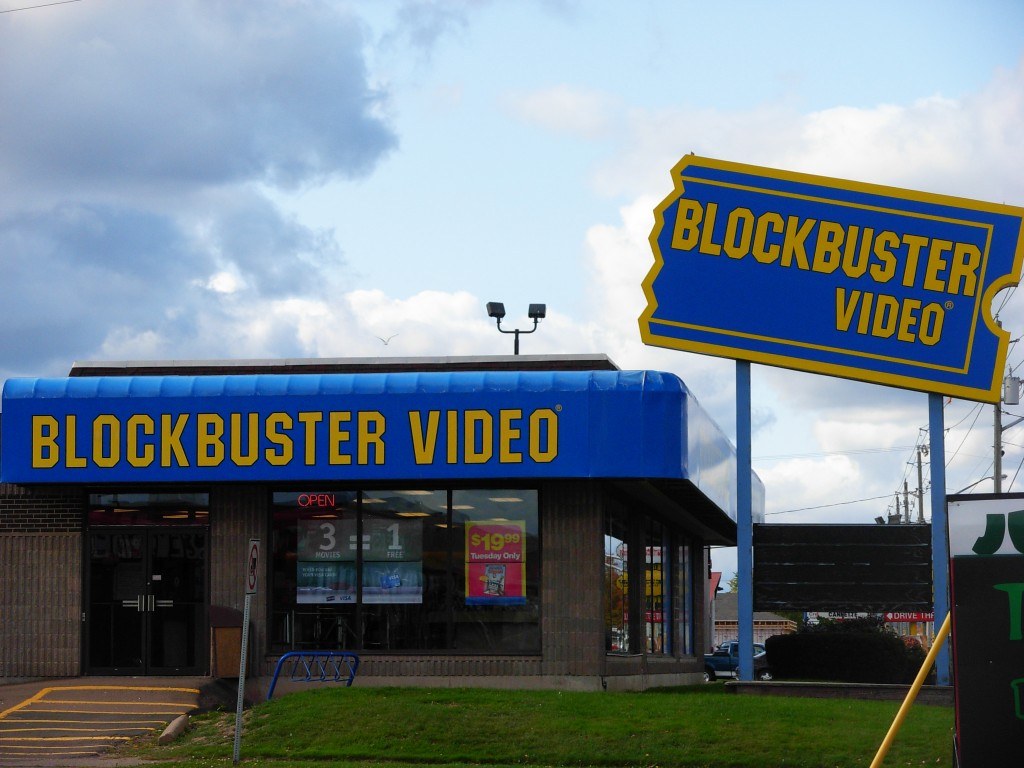 [divider type=”space_thin”]
[title type=”h2″]Omar Holmon[/title]
There will come a day when I have children. Then those children will have kids of their own. Those grandkids will ask about what I used to do for fun, and I’ll have to find a way to explain how, back in my day, if you wanted to see a certain movie or play a video game you weren’t sure about buying, then you would go to a video store. You would then rent said game or video from the store for about three days and then return it.

Grand Kid 1: Why didn’t you just use the internet to interface the movie directly into your medial temporal lobe and stream it in your consciousness?
Me: Back then the internet couldn’t intercourse with our Medula oblan-whatever you just said to me.
Grand Kid #2: What system of laws were used to ensure people returned the videos?
Me: [Sigh]

[quote_left]It’s a bit of a reminder of my youth, I suppose, because Blockbuster Video serves as peak nostalgia for most. Yet we might’ve forgotten the downside.[/quote_left]After describing what a VHS tape is, I’ll have to explain that depending on where you lived there were plenty of stores that held movies and games (West Coast Video, anyone?) but that the overlord of them all was Blockbuster Video. Blockbuster Video used to flood the block with their yellow and blue monopoly gang colors; and if we’re being Bret The Hitman Hart technical about it, Blockbuster Video was the Nino Brown of media from 1985 to 2010. They were moving cases of weight weekly. There’s nothing that comes close to the surprise of your parents coming home from work with three movies in their hand. You already knew what that meant: it was gonna be a Blockbuster night. 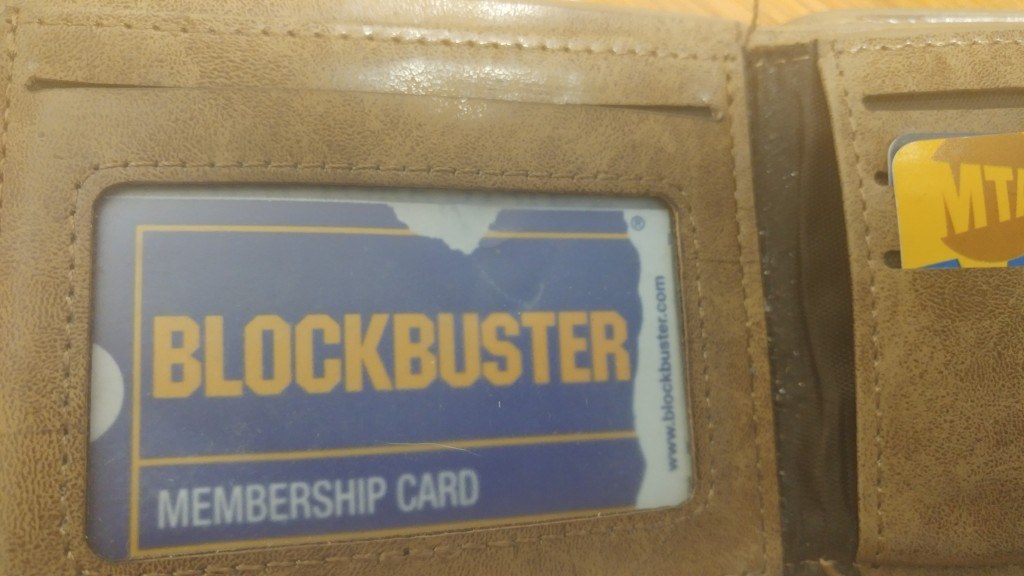 I don’t know why (perhaps to use as a trump card on hipsters), but I keep one of my mother’s Blockbuster cards in my wallet. It’s a bit of a reminder of my youth, I suppose, because Blockbuster Video serves as peak nostalgia for most. Yet we might’ve forgotten the downside. Remember having to rewind the video or you’d get charged? The strict ass return dates? Mmmm-hmmm, ain’t nobody remembering them tidbits ’bout Blockbuster. Jordan Calhoun remembers though. Jordan remembers everything.

[quote_right]I want to slow dance on its bankruptcy papers with a woman I love to music from an online streaming service that helped put Blockbuster Video out of business.[/quote_right]Few companies boiled my blood like Blockbuster Video in the 90s. It’s saying a lot, really, as a person who consistently notes run-ins with manipulative policies and poor customer service practices, that my memory even goes this far back to a petty hatred for their company long after its welcomed disappearance from an earth made better in its absence. Not Time Warner Cable, not Sprint, not even Megabus – who I’m actively waging war against right now after this recent crime of an experience – even compares; because just as nostalgia views our favorite TV, movies, and books through rose-colored glasses of our younger selves, hatred ages all the same, is sharpened, the other end of the blade with its red shade the blood in your eye. And I wanted Blockbuster’s blood. 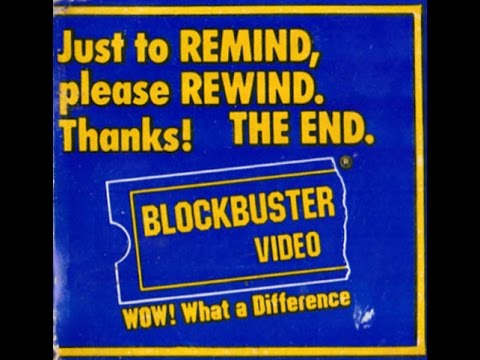 I still do, even after the company’s fall, because their failure is not enough. I want to write a poem to founder David Cook mirroring each year of my life with reasons I hate his company, beginning with the year it was founded and I was born. I want to slam that poem at Nuyorican Poets Café and win the exact value of a movie rental I would set on fire before spending it in their store. I want to slow dance on its bankruptcy papers with a woman I love to music from an online streaming service that helped put Blockbuster Video out of business. I want drama, adventure, romance, and triumph in the sight of Blockbuster’s ghost as it watches, helpless, unable to take another penny in corrupt charges and price gouging as it howls from the other side of the grave.

[quote_left]Did she not understand the process? Was she not enjoying this? Choosing the movies is half the fun. the only problems came when it was time to pay.[/quote_left]The surprising part might be that I used to love video rental stores. I go hard in nostalgia and this is no different, as I still miss renting movies. A weekly childhood tradition, my brother and I would go to the movie store and spend hours – literal hours – browsing each and every category aisle by aisle until we decided which movies to rent. We would select one per category, collecting several options from drama, anime, horror, and maybe the New Releases wall if we had the money, and then narrow our choices down to one rental each. This was our process, every week, time-honored and sacred, and how I came to know so many films without ever having cable or much access to movie theaters.

One time, my brother and I, perhaps 15 and 12 years old respectively, brought our family friend Viola to rent movies with us. Viola, being a normal person, expected to be in-and-out in 20 minutes. Silly Viola had no idea what she was in for. After 90 minutes of she begged for us to decide on a movie and I was legitimately baffled in child-like wonder. Did she not understand the process? Was she not enjoying this? Choosing the movies is half the fun. By the end Viola wanted to hurl herself into traffic. It was that much that I loved video rentals as a child… the only problems came when it was time to pay. And Blockbuster video knew how to milk you for every dime you had, and even the ones you didn’t.

It’s hard to name the most egregious display of consumer abuse from Blockbuster but my favorite might be its “No Late Fees” campaign they were sued for in 2005: given the name you might think you’d be excused if you were a day or two late with your movie, but it really meant you’d just bought it full retail price, plus – and this takes audacity, but this is real – a restocking fee for their inconvenience. But no late fees!

I often think of companies and my philosophy towards them in terms of a rather random source, Dallas Mavericks owner Mark Cuban. After winning the NBA Finals in 2011, the team’s owner said he wouldn’t raise ticket prices. He went on to say why, explaining that the team is good now, but they won’t always be good. In fact, they hadn’t always been good – they’d stunk for a good while now. But while they were good, he wanted to facilitate good will with the fans who support them in the good times, in hopes (and, admittedly, in a gamble) that they would stick around in the inevitable bad times as well. He expressed a sentiment that reflected my whole philosophy towards company policies and customer service: I’m reasonable, there’ll be good and bad with your business and its service, and however you treat customers is how they’ll eventually treat you. 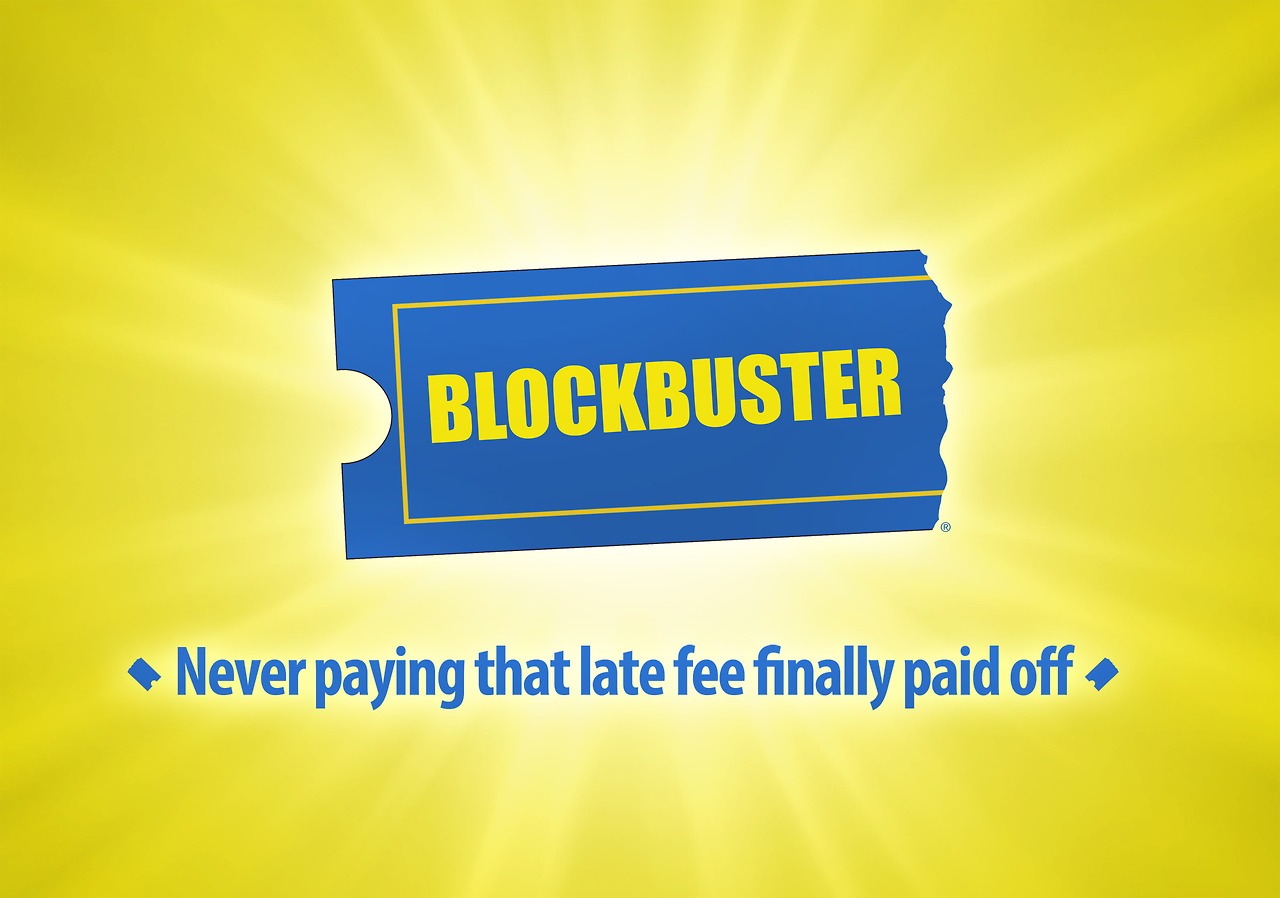 That principle held true with Blockbuster, after decades of business practices and terrible customer treatment that left no loyalty from anyone who was quick to jump ship when Netflix launched, or Redbox, or any other service that finally broke into their market to provide movie-goers alternatives. Would Blockbuster had survived if they had harbored loyalty during their good times? Maybe, maybe not. But one thing’s for sure – if they began a video streaming service (they did), or tried DVD-by-mail (they did that, too), or hosted video game parties (they thought), or installed Blockbuster Express rental boxes (tried, failed, taken over by Redbox) …if there’s an alternative to Blockbuster Video, we were going to find it. Hopefully their replacements adopt the lesson learned. Either way, I thank the Lord, I never have to deal with Blockbuster Video again.