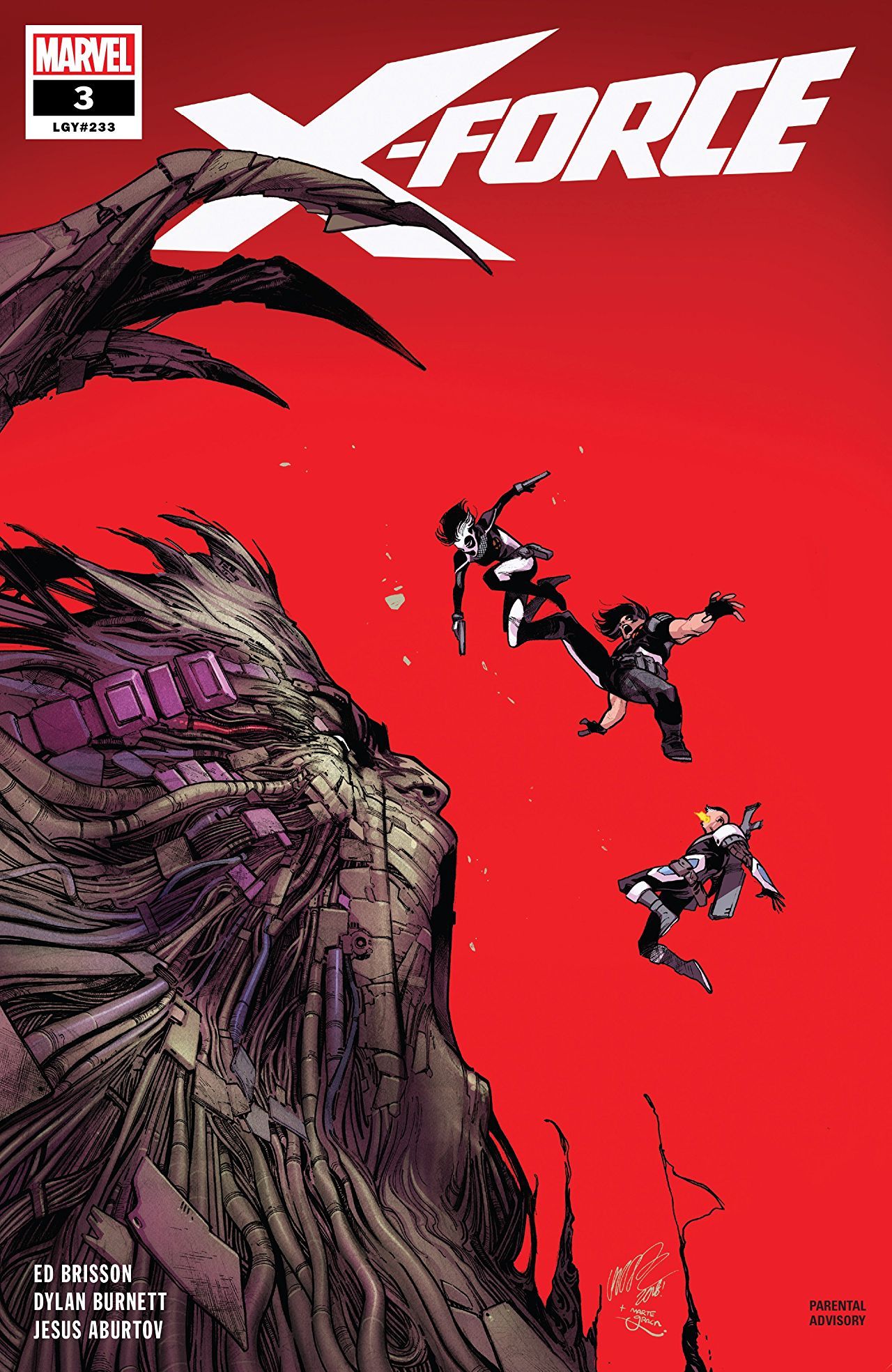 Sometimes it’s touching and inspiring to see Kitty “Shadowcat” Pryde and Jean Grey subdue genocidal bigots nonlethally as according to Professor X’s philosophy. Other times you think, “No, you’re literally pulling some Adolf Hitler shit. Reconciliation is not a thing”. That’s where X-Force comes in. The 3rd issue of the newest iteration finds our heroes in the fictional country of Transia, where the government has taken to hunting and imprisoning their mutant population. Their lethal brand of control comes with the use of weapons a bit too advanced for a country of Transia’s means. Enter the X-Force. They are here to save these mutants and may the good lord X-Man help you if you’re in the way. 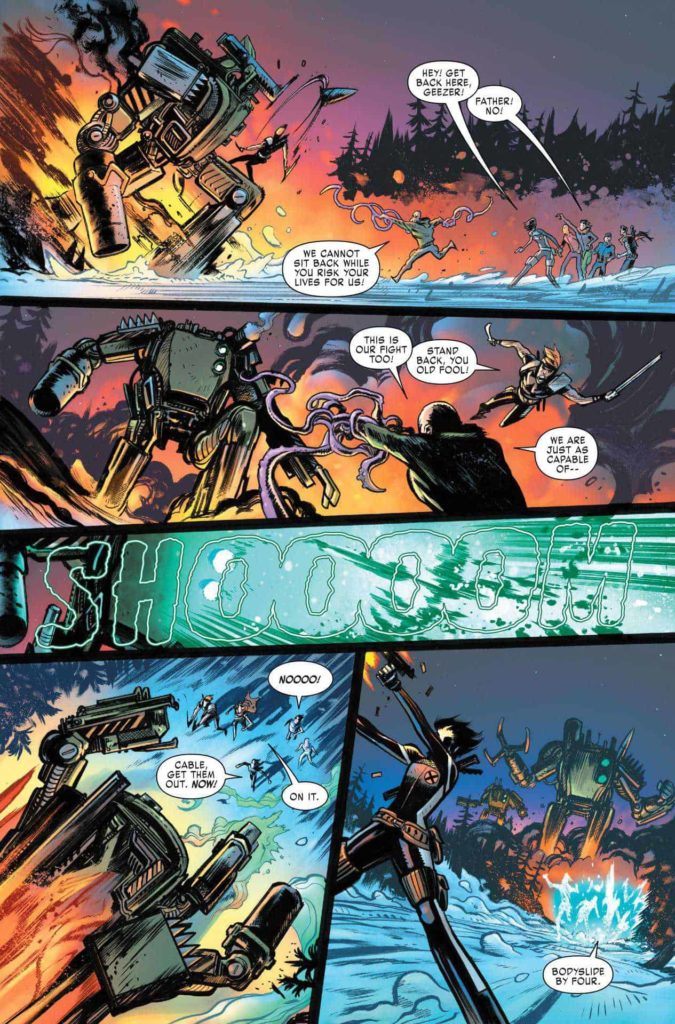 The little bit of flavor that sets this team apart from other X-Force books is the leader. It’s Cable but a much younger one who the team very recently wanted to hunt down and kill because of his murdering of the older version of himself we know and love. This was the premise of the latest big X-Adventure where the original, time displaced X-Men are finally returned to the 1960’s. Cable’s main antagonist from that series makes an appearance here as another anti-mutant, murderous force. 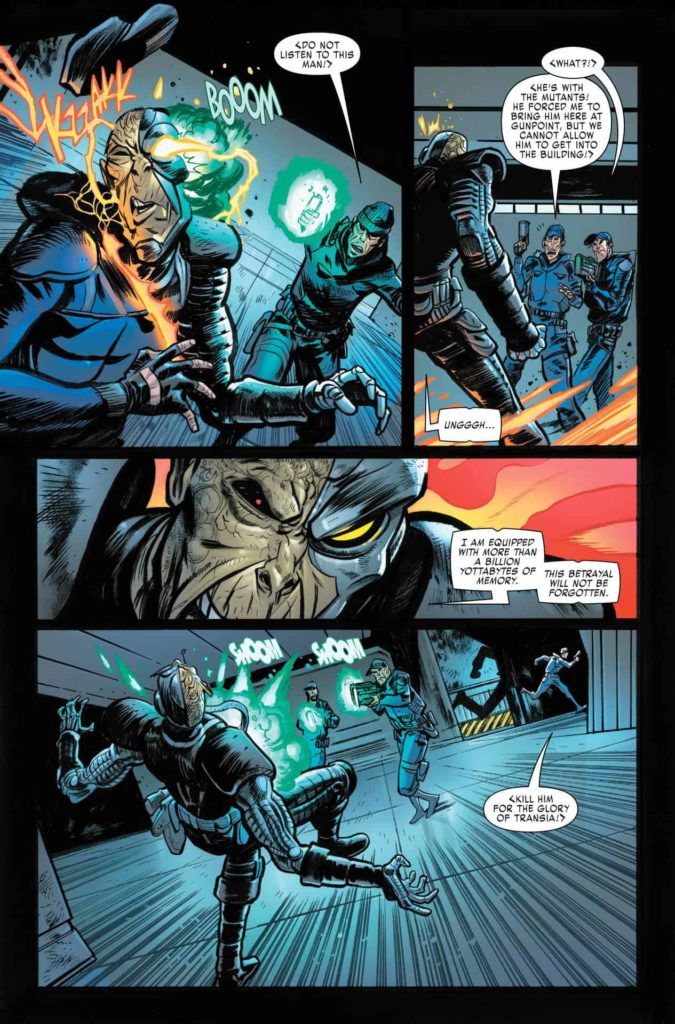 Going into this book the only thing it had going for it was a) being an X-Force book that didn’t try and turn some of the most iconic X-Villains into reluctant heroes and 2) the forces at play are directly connected to bringing back Cyclops into the fray. I’m back and forth about Ed Brisson. He can do some stale stories at times (Old Man Logan) but really blow me away (Old Man Logan). And I won’t go into the art except to say that it’s a unique style that I am not feeling. But let me say that the dialogue between young Cable and Cannonball made this comic sing.

Being able to pause the murder-porn for a second and have a “I know you’re both my mentor and my mentor’s murderer so I need you to work with me to make this work” was the second most intense Cannonball action I’ve seen (The first, of course, being when he punched way up taking on Gladiator). Keep stuff like that coming and maybe bring Scott Summers into the action somehow and this book has the potential to scratch a much needed X-itch.