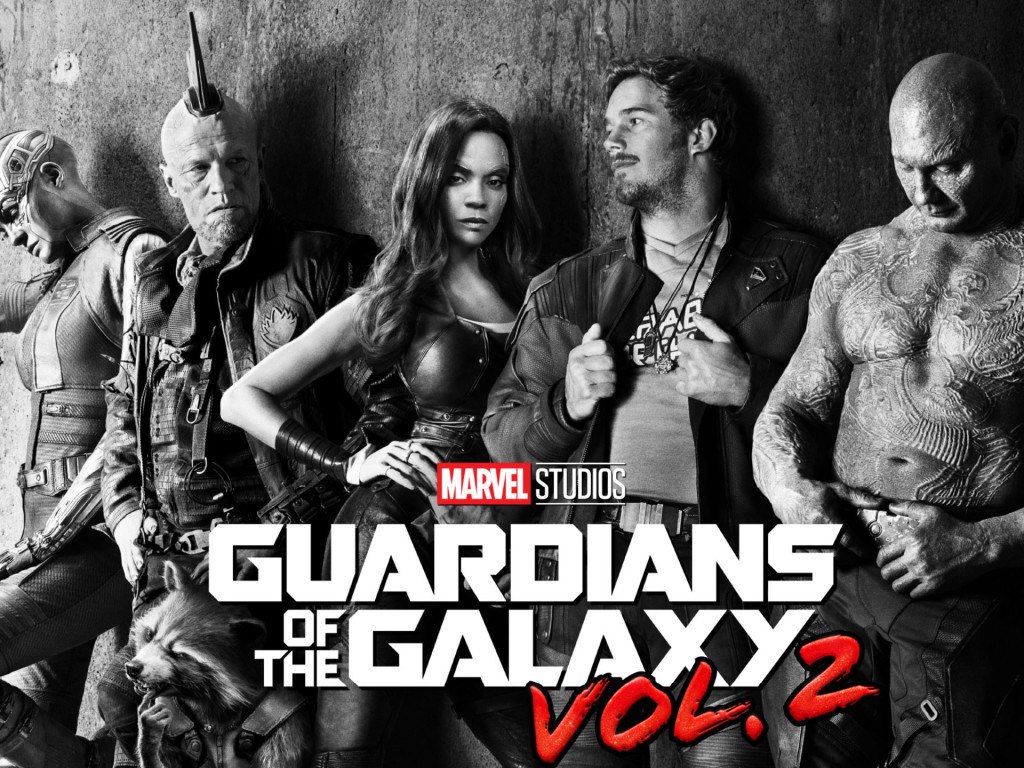 We sent Omar and Nicole, our resident movie haters — you’ve watched their video reviews, right? on the Black Nerd Problems YouTube channel? — to see the first of the year’s Superhero summer blockbusters: Guardians of the Galaxy, Vol. 2. Do they love it?

Light Spoilers for the high points and opening act, but totally worth it.

Omar: Guardians of the Galaxy, Vol. 2, man. Can we get some Ric Flair level “Wooooooos” in here as I type this? Can we turn the mic up and the hate on sequels down as I talk about this right here? Our favorite group project misfits (Peter Quill [Chris Pratt], Drax [Dave Bautista], Gamora [Zoe Saldana], Rocket [Bradley Cooper], and Baby Groot [Vin Diesel]) are back at it again, and you goin love it. We don’t get any measure for how much time has passed since the first movie, nor do we need one. All you need to know is that the Guardians have been hired by The Sovereign to protect these special batteries from attack.

Nicole: Annnnnnd that could be going better. Let’s talk about Rocket and his anti-social tendencies. My dude steals some of the batteries that they’ve been paid to protect. So we’re talking a buffet of bad decision-making that results in antics throughout the galaxy while the head of the Sovereign (Elizabeth Debicki) comes for that ass.

But, the backdrop of space heist, isn’t even really the story. This is a story about relationships.

Omar: We get the unveiling of Peter Quill’s father, Ego (Kurt Russell), he’s a living planet for fangirls/boys, as well as the introduction of his contemporary? (delete that) servant? (strikethrough that) slavaaaaaave? Mantis (ooooooookaaaaayyyy). Quill is finally able to get some answers and this is where the film divides into two separate tales, as Groot, Rocket and a captured Nebula stay behind as the ship is being taken care of.

Once Yandu (Michael Rooker) gets involved in the fray we get the staple theme of bonds, family, and surprisingly enough, nature vs nurture coming full circle. 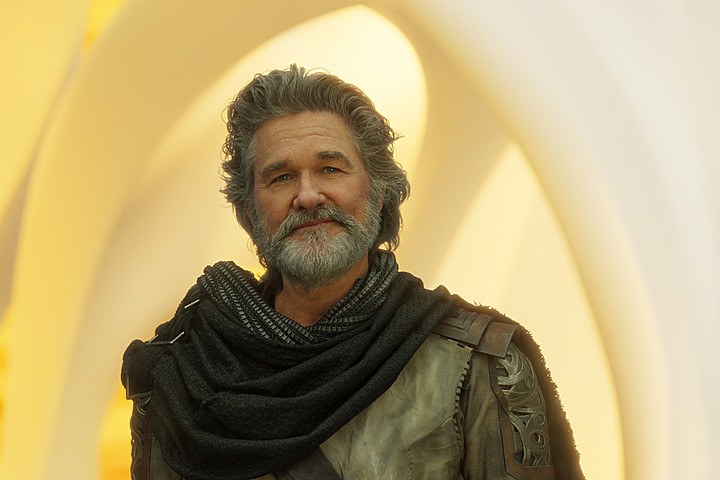 Nicole: I’m a sucker for an orphan story, so I was deep in my feels experiencing some seasonal allergies as the film explored how family — and how we define family — can make us who we are.
The obvious example of this is Peter and Ego (his dad who could have looked like anyone or anything, but was of course and obviously a white guy because when you’re a god and you are selecting a meat suit you’re like “Give me that privilege special”), but we see it weaved throughout, from the way the Guardians all care for Baby Groot to Gamora and Nebula walking down the most depressing memory lane I’ve seen since Mommy Dearest.

There was a quiet moment in the film in which Mantis and Drax are sitting next to each other while Drax thinks about his daughter. This moment is small and fleeting and haunting and solidifies the emotional storyline that’s almost hidden beneath the stunning visual effects.

Omar: Speaking of Drax (instead of family feelings I may be trying to not deal with right now), Bautista out here stealing the show man. Don’t get me wrong, everybody eats in this film, from us seeing how good a strategist and fighter Rocket is, Nebula and Gamora’s dynamic, Yondu’s motivations, and the list goes on and on, but Bautista’s comedic delivery is incredible. He can play off every other character well, but it really shines in the scenes with Mantis. 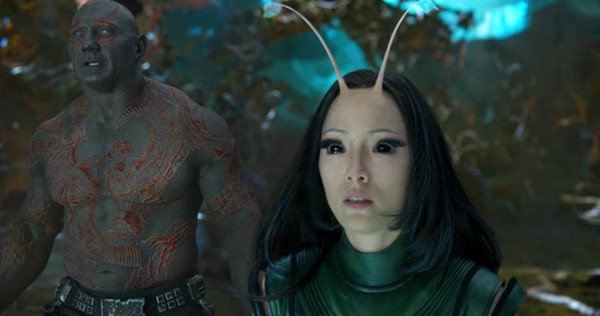 Nicole: I am here for Drax. Bautista is a national treasure in this movie. [looks off into the distance and mutters: a gotdahm treasure].

Right after Bautista as star of the show, is the effects. The characters of varying backgrounds, the literal worlds created, the non-humanoid aliens, the weapons — my good the weapons — are masterful.

Yondu’s arrow may be my favorite. It was this deadly, but breathtakingly beautiful light show. If you gotta go, that may be the most aesthetically pleasing way to do it.

Omar: The opening scene as well as the big chase scene alone put the Matrix 2’s 14-minute highway scene to shame. I’m talking stuff of legends done with ease and precision. Marvel’s team has to be given a lot of credit. It’s not easy to get people invested in a space story if it ain’t Halo, Star Trek, or Star Wars. We’re getting world building away from Earth and out in the cosmos with obscure characters (and numerous cameos from way deep in the fandom) becoming fan favorites. I gotta physically clap for that *physically claps for that*. Throw the music on into the mix and the entire movie is an incredible mixtape, which you could said is the secondary theme of the movies, along with 80’s references. Guardians of The Galaxy 2 as a body of art/work can be added to the list of movies that makes it hard to say the sequels aren’t as good or better than the first movie.

Nicole: I’ll say it: I liked it better than the first one.

I’m giving it a 9 out of 10 orphans crying on their mom’s grave and I’ll buy another ticket.

Omar: I’ll go 9.6 out of 10 feelings I’ll deal with years later as the surface when I’m ordering ice cream at a Baskin Robbins.
Go see this movie! Do it. You go out there and you do it! Legally.