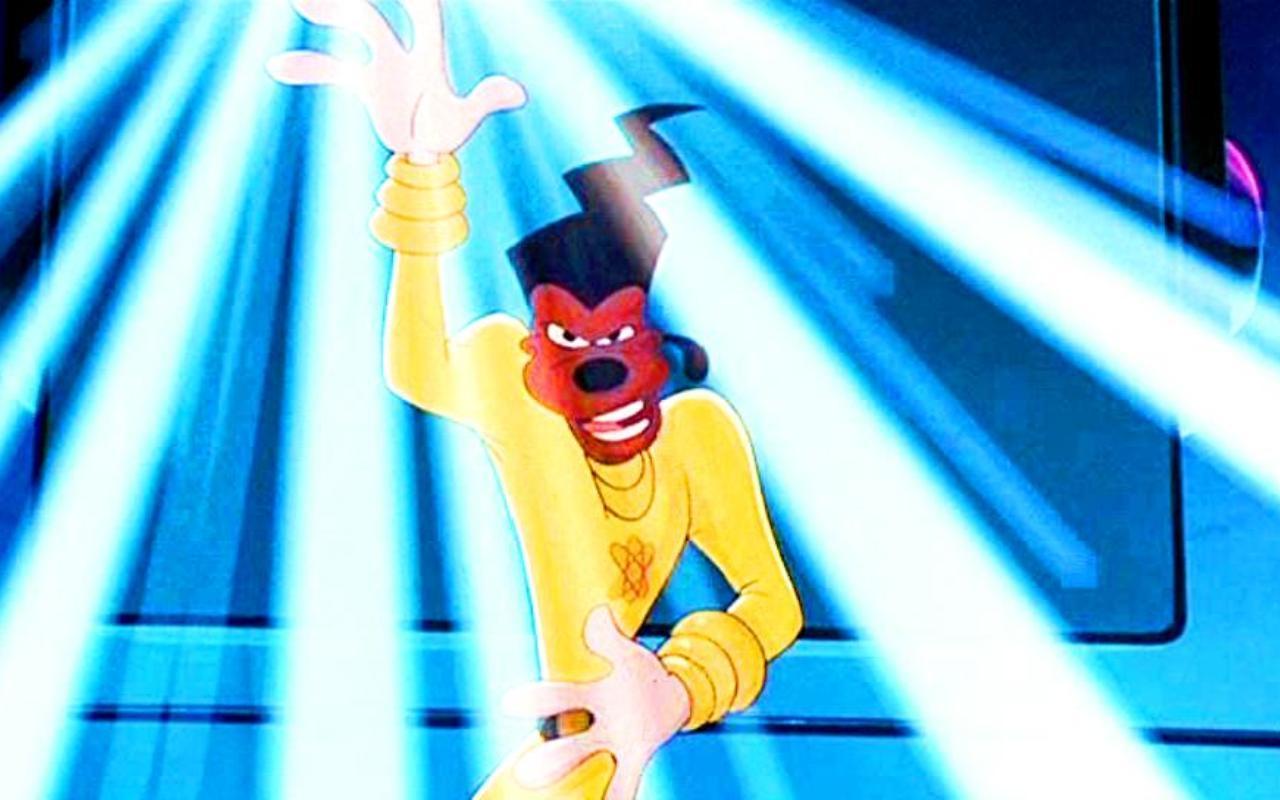 I can’t stay calm any longer. You have to come with me on this journey. You might hate it at first – you might be all like “there’s this other thing that’s really important,” but I promise you, take this journey with me and you’ll thank me for reminding you of what you very well might’ve forgotten.

A little context first: I recently sat with someone who watched A Goofy Movie for the first time. “Watched” would actually be a generous description of her activity as she half-watched the movie playing in the background as she online-shopped for her Halloween costume on Urban Outfitters’ website. Yes, you read that all correctly, and yes, your likely deductions are right – she’s neither a nerd, nor Black. Now aside from being taken aback from a complete lack of nostalgia and enthusiasm, there are certain things you just don’t shade, and a person’s favorite childhood movies are one of them. Even if you don’t dig it, basically you just ride out. But when she asked “Do you hate me now?” I lied and said no. (What’s next, she doesn’t read books? Hates super heroes? Is she voting for Ben Carson?) It wasn’t until she asked about a certain singer that my confusion gave way to a revelation. She didn’t know who he was, and that’s when I realized what I never had before. A Goofy Movie isn’t a nerd classic; A Goofy Movie is a Black nerd classic. A Goofy Movie is unequivocally the Blackest Disney movie of all time.

Now before you jump and say, “What about The Lion King?” let me say the Black Gods of the savannah don’t count by essence of them being non-anthropomorphized. You gotta walk upright on 2 feet to count, no disrespect to Mufasa. And while The Lion King may be one of the best of all time, when it comes to embracing pop culture for the great millennial generation? Navigating your crazy ass family, only to resist, find, and learn to love who you are? 20 years ago we were given that story when we met Max and followed his adventure across country with the person he thought he hated most, and 20 years later it remains one of the most underrated Disney movies in history.

In the year Batman Forever failed nerddom and Black people were still coping with the end of A Different World, in came an unlikely hero none of us ever even heard of, and his name was Max. And Max was the quintessence of the high school experience either in part, or, for some of us, in full. Keep your Dawson’s Creek and your Clueless, Max represented a need most of us nerds – perhaps particularly nerds of color – felt through those years of finding your place in the cafeteria: the need to find your place, the need to fit in. More than anything, Max wanted to be cool.

Think about the plot for a second: Max lied to a girl and spent the next several weeks making that lie the truth (already the Blackest plot ever). There wasn’t really an antagonist. Excluding a villain was a rarity for most childhood films, let alone a Disney feature. Sure there was Pete, but he was less a villain and more of the family friend your parents couldn’t get rid of – the one whose insecurity made them a terrible human being, but a great place to hang out because they had the N64 when you still played Sega. Pete rolled up to a camping trip with a bowling alley. Tell me your fam ain’t have a dude like Pete living next door. But A Goofy Movie was never about overcoming Pete, it was about overcoming your self-doubt and learning to be proud of you, your family, and what you had.

How many of us can relate? While you might claim your upbringing now, how long was the journey before you got there? How long did you deny the family, city, or circumstances that made you, too embarrassed of what others might think? How long before you used it as strength? Max hated his own laugh till the wind blew through Roxanne’s hair as she said “I always loved your laugh” and the breeze carried his self-doubt with it. 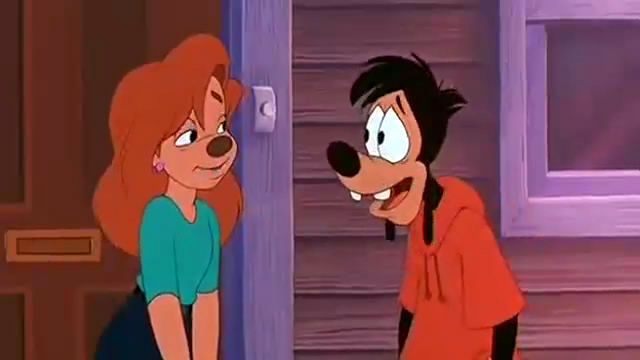 Let’s not forget Max’s persona, either. A pretty good kid, Max was easily misunderstood by a bum ass principal who recklessly labeled him based on his baggy clothes and – okay, fine, Max did highjack a school assembly. But although Max wasn’t perfect, how quick did Principal Mazur brand him? Do you remember what Max was called? “Dressed like a gang member, your son caused the entire student body to break out in a riotous frenzy,” he said. “If I were you, Mr. Goof, I’d seriously reevaluate the way you’re raising your child before he ends up in the electric chair.” Gang member. Riot. Any of this sound familiar? Max did reach his hood pinnacle at Lester’s Possum Park though when he smacked the shit out a mascot that tried to hug him.

Yet the movie’s highest flash of blackness came from a surprise source. Two words: Tevin. Campbell. Tevin “Can We Talk?” Campbell. Tevin “I’m Ready” Campbell. Being cast as Powerline, Disney took blackness and placed it front and center of its fictional universe calling Tevin Campbell “the greatest rock star in the world.” Our Tevin Campbell. Our vest-wearing, S-curl styling, soul singing Tevin Campbell. His voice reverberated through the absolute essence of Black kids in the 90s, and I would swear he knew the impact he could have through Powerline. And if you ask me, he snuck in subliminals, too.

Listen to the lyrics. “Stand out above the crowd, even if I gotta shout out loud. Till mine is the only face you’ll see, gonna stand out till you notice me.” White people may hear a love song, but “Stand Out” is about overcoming White supremacy and tackling the challenge of first-generation high school graduates with college applications. A Goofy Movie had hidden messages to Negro youth. They never even knew. Thank you, Tevin. Thank you.

And in the midst of it all was the movie’s climax. Not kissing Roxanne, not hugging his dad – the most triumphant moment of A Goofy Movie when he made it onstage and his homies saw him. The exact moment Pauly Shore screams “That’s Max! Max is on the tuu-uuuube! That’s Max, I know him!” It makes me cry every time. J. Cole done made at least 3 albums trying to capture the strength of that moment and they’re all trash in comparison. Kanye tried his own version in “Family Business,” rapping “Remember when they ain’t believe in me? Now they like, see? That’s my cousin on TV,” and all of it is shit compared to “Max is on the tuu-uuuube! That’s Max, I know him!”

He did it, y’all. Roxanne aside, that single moment summarizes everything Max ever wanted: validation. For people to be proud of him the way he was never proud of his dad. For someone to claim him. He did it, and I saw him do it. Do you have any idea how powerful that was to 10-year old me? And so there it is. The journey is over, and at least for me A Goofy Movie remains the Blackest, most underrated nerd classic of all time for the message it sent to a young Black kid who wanted to fit in. Whose affirmations were so subtle that they’d instill a seed of confidence we never saw planted. “That’s Max. Max is on the tube. I know him.” I do too, Pauly Shore. I do, too.