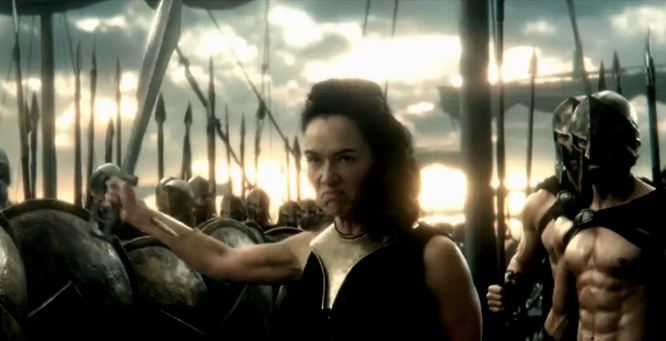 Let’s be honest, shall we? You don’t so much want to know if 300: Rise Of An Empire is as much as you want to know if it matches the legendary defiance, quotable-laden, violently-beautiful excellence of it’s rather epic predecessor, right? Yeah, I know. And I could tell you that right off the bat, but then this wouldn’t be much of a post & MGMT (the Boss, not the band) would side-eye me into a hunchback curse (& none of us want that TRUST). So instead let’s break down some of the key elements of the two movies to compare/contrast & see what we come up with.

In terms of emphasizing every sword clash, blood spill, and carefully rendered CGI effect by slowing down the action to a crawl/speeding it up/repeat- it’s essentially the original 300 hopped up on Bane serum. The movie was clearly constructed for 3D consumption as splatter would float & arc as if contemporary art & everything was shot to come right at you. This is for better AND worse, because though visually eye-popping, it actually loses a bit of the visceral grit that gave Leo & his Spartans a human connection to the audience and, in my opinion, made the story memorable & had a young lord dropping the classic word on some ‘04 College Dropout-Yeezy shit. Don’t get me wrong, ROAE has some epic sequences that at times rival even the original (SPOILER ALERT: Theomisticles goes all Knight-To-Queen 3 Checkmate across 3 or so boats THAT ARE SINKING AND ON FIRE using a ((wait for it)) GOT’DAMN HORSE), but its gift just tends to also serve as its curse, having the movie border on absurd and even kinda comical.

For me (and maybe its because I’m a writer & word nerd), one of the coolest parts of the first 300 was the dialogue between characters & the believable emotion each of the main characters drove it with. Don’t front, we can all recall at least 1-2 quotes from that mug right now without much thought, and were imitating the Spartan front-kick-down-neverending-well on anyone/thing we could find. You may ask “But what does that have to do with the movie?”. Alot actually. We can enjoy plenty movies, but not retain the majority of them. There’s something to be said for any creation being dope and memorable in this mile-a-minute age. That said- ROAE falls short in that department, with notable exception being the leading women since Eva Green (Artemisia) stunts start to finish & Lena Heady (Queen Gorgo/) nails it per usual & has a killer WOWps 1 minute poem near the end. Sullivan Stapleton (Themistocles) holds it down as the head protagonist but its not exactly heavy-lifting considering it’s his character from Strike Back, just with his original accent & 60% more boat. It’s not the same prevalent test of will and might featured 300 and, again, that leaves room for a few napworthy lulls in between action (meaning: DON’T SEE THAT JAWN TOO LATE AT NIGHT). 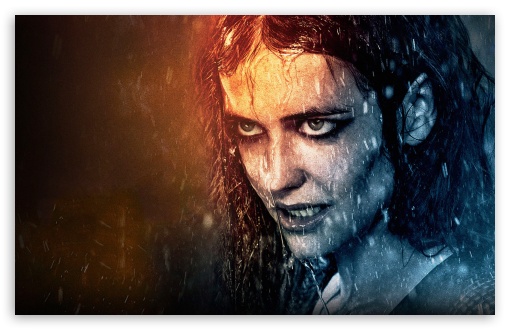 To truly enjoy this flick you’ve gotta 1. Go see it in 3D; 2. Not view it as a sequel, but an homage featuring a different but equally important story; 3. Receive it as more a yarn being spun about Greek lore (much in the way the original is because that had an ogre giants, Notre Dame hunchbacks & non-wooly mammoths so it ain’t like that was any more “realistic”). It’s an entertaining romp through everything the Id secretly wants now & again but never really gets so go ahead and indulge, just do so under the right mindstate. And at the end of it I challenge you to ask yourself this question, and have an honest self-conversation because I believe it’ll be a valid debate: Who was the badder mo’fo?