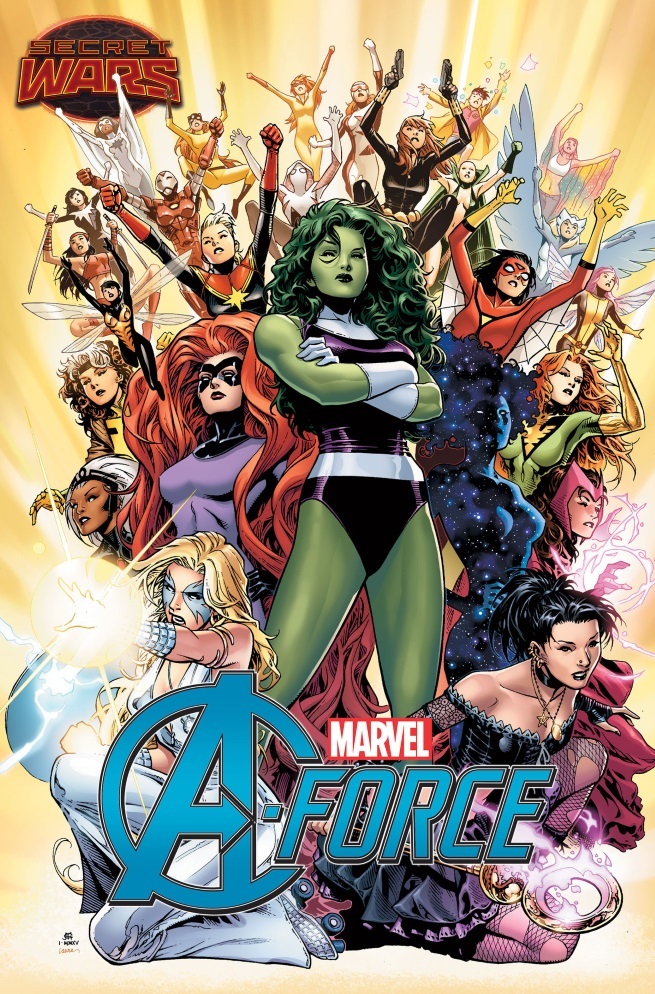 Yo, I don’t know whats going on at Marvel right now, but they are out here whip dancing with the shit they pushing forward. If you thought an all female X-Men squad was where they’d stop, WRONG. They breaking out an all female avengers team that will be known as A-Force. This ain’t just for show because if you look at that pool for the line up? This is a fucking squad, man.

Also we got G. Willow Wilson whose writing put Ms. Marvel on the map and made Kamala Khan, The #1 Fangirl of the state. Wilson got fucking bars, man. She got stories, plot development and the ability to keep the reader engaged. Plus, the woman is fucking hilarious. She knows how to divy up the pathos, the action and where that humor is needed. She’s uncanny with that talent which makes us lucky because we’re going to be seeing her on a team book working with a range of characters that she can flex her pen game with. Joining her on the book is Marguerite Bennett who been slaying the game lately on Angela: Asgard’s Assassin. We got some names that will be in the book for sure like Medusa (queen of the Inhumans. Nuff said), Dazzler (once a shield human/mutant liaison, now punk rock fuck all y’all liaison) but there are some polar opposites with She-Hulk and Nico Minoru.

She’s coming fresh off her own series that was incredible and underrated and has been repping her law game as well as her fist game over on Mighty Avengers. Marvel brought Jennifer Walters (I call her J-Walt) back into the fold and is keeping here there. I like it. I like it. Yes. Yes. This is a character that is as full house as we’ve seen and let’s keep it real, she makes law interesting. The way she handles it, the way (depending on the writer) it gets broken down for the reader. With She-Hulk on the team you are powered up and lawyered up. 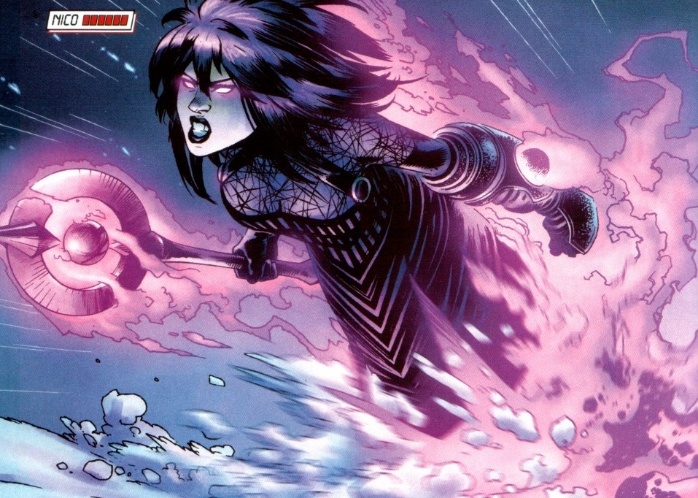 Nico has been making the rounds comic wise. One of our favorites from the Runaways series. We saw her get her Battle Royale on in Avengers Arena, where killing was survival. She was pushed to the brink and found an increase in how her blood magic works. We then saw her in Avengers Undercover trying to right some wrongs. Nico has been teetering back and forth with losing control and being in control and fighting against the villain moniker that would be so easy to be labeled as with all she’s been through. But, Nico done got the call to step up to the Avengers squad tho? She is def going to be a heavy hitter and it will be interesting to see her in working under an experienced field leader.

This book, man. This book going to be a force to be reckoned with. I’m telling you know lies. When you got a strong writer given freedom to carve out a section of the Marvel universe for themselves? Anything is possible! And we got G. Dub Wilson on the track? This is a book you should add to the fucking pull list early. I know we’ll be fighting up in the office to see who’s going to review this shit when it drops.