As the first week of Black History Month draws to a close and you grow weary from watching the media try to pack centuries of complex historical importance into pleasantly digestable pieces (or ignore February’s significance altogether), you might feel like burnout is inevitable. But there is hope, my friend, and it looks like daily posts from cosplayer Chaka Cumberbatch of Princess Mentality Cosplay, the creator of a brand new digital movement called #28DaysofBlackCosplay. The instructions are simple

In honor of black history month, a group of black cosplayers have come together to help celebrate and promote diversity in our community. Every day we’ll be spotlighting a different black cosplayer – and we’re encouraging EVERYONE to join in the fun! If you or someone you know would like to be featured, simply post your picture on Facebook, Instagram, Twitter, etc and be sure to include the hashtag #28DaysOfBlackCosplay – it’s that easy.

but the impact rippling through cosplay communities is huge (as of writing this article the hashtag’s influence has even caught the attention of major news outlets like CNN). I reached out to Chaka recently and she answered a few questions as to what this united force of Black cosplayers means to her as well as the greater cosplay community. 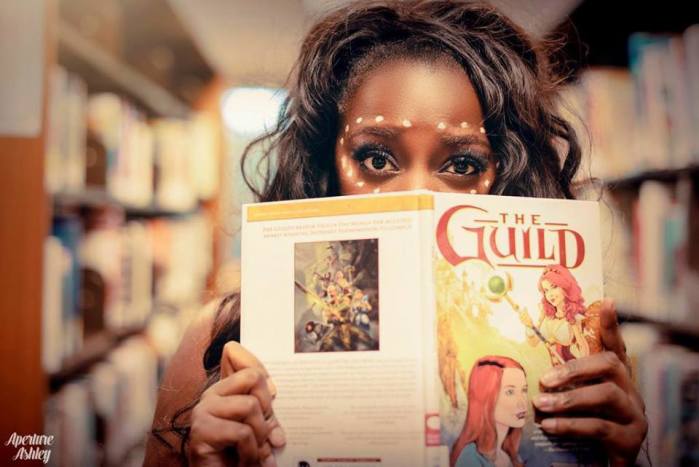 What was the initial inspiration behind this movement?

#28DaysOfBlackCosplay was initially inspired by the desire to help foster and strengthen a sense of community among black cosplayers. It’s not easy to be a black person in this hobby. Your costumes are considered lower quality, you are passed up for photos and opportunities, and you’re routinely made fun of online. On top of which, a lot of people don’t think there are very many black cosplayers out there, because our work is very rarely showcased. So I thought, screw that, why don’t we get together and find a way to celebrate our own work and our own community. It really wasn’t (and still isn’t) about separating ourselves – it was more about encouraging and empowering each other. I got a group of friends together, asked them to invite any black cosplayer they could think of, and we put a developed a schedule to share each other’s pictures, pages and profiles. I spent weeks compiling everyone’s information and putting it all together, and I remember I was so worried nobody would actually take it seriously or participate once the month started. It’s insane to think about that now, seeing how big the thing has become!

But as black nerds, black cosplay is part of what will be our history. This is a story that we’re in the process of writing right now. It’s important to us, and it’s a part of who we are.

How do you think cosplay/nerdom fits into Black history?

I view cosplay almost as a relatively new to black culture form of performance art – in many ways, it’s very similar to music, dance and other creative outlets we use to express ourselves. Different forms of creative expression has always been part of the fabric of our culture, and I think cosplay and geekdom as a whole fits in under that umbrella. We’ve gotten a lot of flack from people claiming that it’s arrogant of us to celebrate black cosplay during black history month, because cosplay isn’t important enough to black history. But as black nerds, black cosplay is part of what will be our history. This is a story that we’re in the process of writing right now. It’s important to us, and it’s a part of who we are

Where do you hope that this movement leads?

I hope this movement inspires black nerds who may have previously been too nervous about it to attempt a cosplay of their favorite character. I hope it gives them enough encouragement to join in. I hope it makes existing black cosplayers feel more connected to and inspired by each other. Above all else, I hope that this movement leads to an increased level of respect, understanding and acceptance for black people – not even just in cosplay, but in nerd and geek spaces as a whole.

To read more about the origins of #28DaysofCosplay, check out Chaka’s interview at Black Girl Nerds, and if you’re headed to Katsucon this month, don’t forget to stop by the #28DaysofBlackCosplay photoshoot that will be happening Saturday!