Let’s face the facts: Disney movies generally exist to tell an entire world of young children that in most cases, women who are often literal royalty still can’t get anything they desire without the help of male sidekicks. Some of the sidekicks can’t even speak. And yet there they are, scene stealing, taking the lead vocals over all the hottest production, getting on licensed merchandise and shit. The Disney male sidekick ego and purpose can only be matched by one other group:

After months of weighing scientific evidence, I have found the rapper who matches the personality and contributions of ten prominent Disney sidekicks. I believe this to be my life’s proudest work. I didn’t want to have children before taking on this painstaking and beautiful process. Now, I hope for many, many children. Just so I can have something to show them. Until then, I hope this makes you proud.

I’m not here to say whether or not I rock with Zazu, I’m just stating facts. Zazu was always a little overzealous, if we’re being honest. He couldn’t ever just let stuff slide. The downside of always having your ear to the streets is tricking yourself into believing that the streets always need your input, often in the form of long, drawn out speeches. Also, let’s be clear: just because you have the ability to string together a few bars and sing the morning news, doesn’t mean you actually NEED to sing the morning news. This is the jungle. Shit is as real as it gets. The morning report was trash. Mufasa tolerated that joint because Zazu was his homie from way back in the day before he was king or whatever and you gotta keep the squad together I guess. Zazu was relentless in the pursuit of doing it for the culture, which a purist like me can respect, but after a while, you end up wanting to mute him.
Sebastian (The Little Mermaid ) – Fetty Wap

Sebastian was giving us hits.

An overwhelming amount of hits.

We just gotta be clear about this one thing and then agree to never debate it under any circumstances. “Under The Sea” is a banger. “Under The Sea” barely even classifies as a simple Disney song anymore. You can play that shit in the club and it would go up. If I pull up to the function on a crisp summer evening with the windows down and “Under The Sea” playing in the whip, the streets would respect it. That joint gets run in the streets AND the daycare. I’m legitimately disgusted thinking about how fire that song is. Like, how could someone give something that good to such a terribly undeserving world?

Which brings us to another instant Sebastian classic, “Kiss the Girl.” After watching Scuttle and Flounder (Remy Boyz) drop the ball yet again (a theme in this documentary film), Sebastian just hopped in the studio and produced a hit in like 30 seconds. My dude built a wall of sound. Had turtles being played by ducks, grasshoppers on the strings, flawless vocals. Fam, I would have played that joint at my wedding if I could have. In the little known 2008 prequel, Ariel’s Beginning, Sebastian is living on Atlantica (clearly pre-Redman New Jersey IMO) where music has been outlawed.

But wait guess what…

HE’S STILL PLAYING MUSIC IN THE UNDERGROUND CLUB AND ALL THE SONGS ARE HITS. HIS LOVE OF THE MUSIC IS TOO STRONG. THE STREETS WERE GOING TO GET THOSE RECORDS NO MATTER WHAT.

Finally, fun fact: Sebastian has two albums released under the Disney label. They are both critically acclaimed. I have heard them both from front to back on high quality speakers and can confirm that they are flames.

Olaf (Frozen ) – Drake. But like So Far Gone Drake. Not “I’ve been working out lately” Drake. 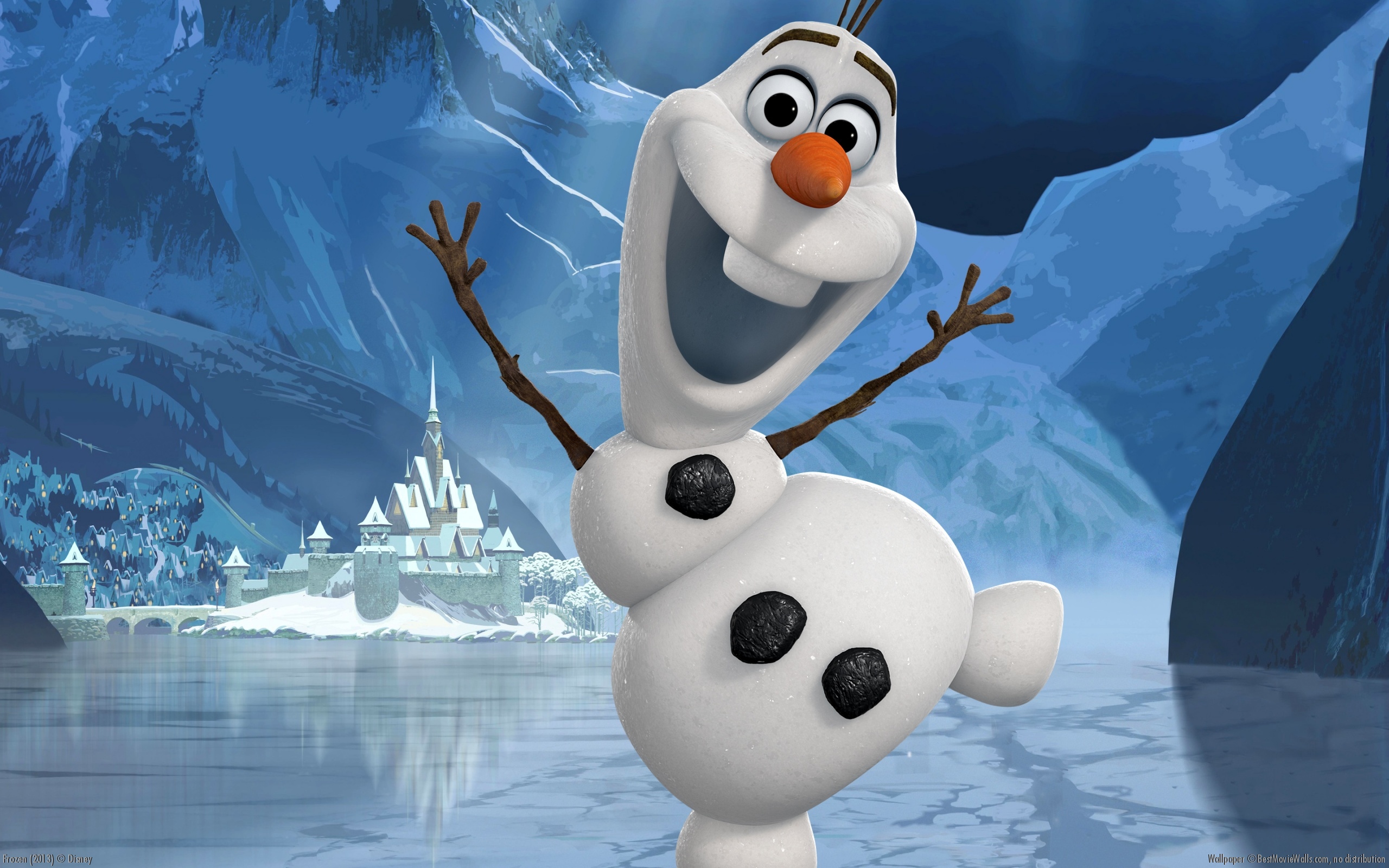 Olaf, who has a body that is literally made entirely of snow, enjoys fantasizing about experiencing the warmth of summer, completely oblivious to the idea that he would absolutely melt.

I don’t believe I need to draw any other parallels. 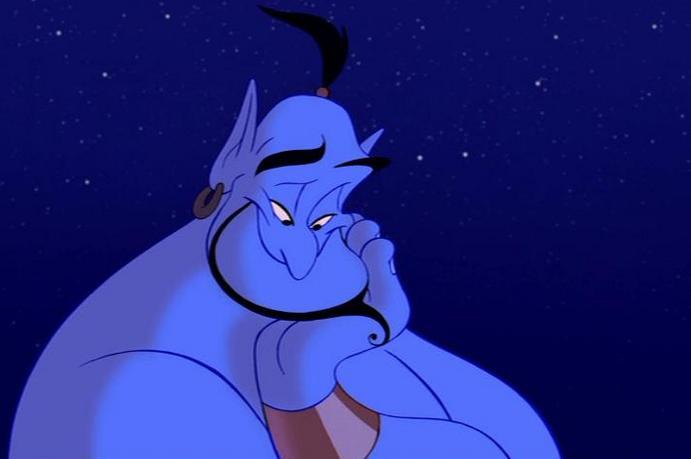 Wow! Look at how funny I am! I mean I am REALLY, REALLY quirky! Sure, you don’t exactly NEED me here. I’m probably sticking around a little bit longer than you expected, you know. Wearing out my welcome and all. Dominating every space I’m in. It’s just…listen, can I be honest with you? I just can’t help but think that everything I feel and experience is really important. I feel like people need to know and understand me. I feel really bad about some things in the world, you know? Why can’t I just let my songs and impersonations fix them?

Tell me about your culture. Scratch that. I’ll tell you about your culture. You’ve never had a friend like me. I don’t even know what other friends you’ve had. Fuck your friends. 10,000 years is a long time to not talk to anyone you know? I just need my voice to be heard all the time now. Tell me what you’re into. I can dress up like anyone except myself.
Rafiki (The Lion King ) – Future 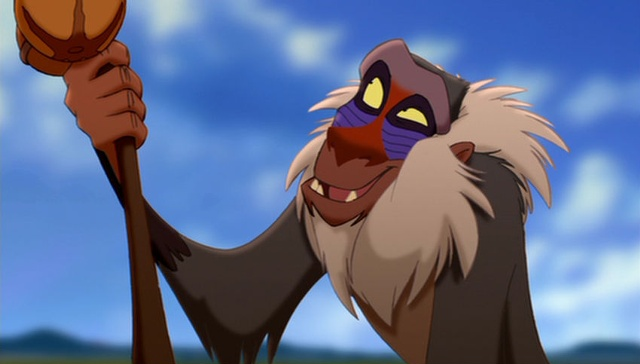 This may not be what you want your children to hear, but it’s the truth: Rafiki did his best work when he was gone off that lean. When Rafiki cracked open that “melon” and had a drink before seeing the vision that told him Simba was still alive, that’s when I knew. Rafiki likes to lay low unless he’s needed. Pops up with some incoherent rambling wisdom when it’s time, and then fades into the background to take drugs and fight off the mental and emotional demons that are consistently haunting him, due to his reckless and difficult past. He already has classics under his belt. He doesn’t need to prove anything else. Dirty Sprite Legendary.
Lumiere (Beauty and the Beast ) – Wale 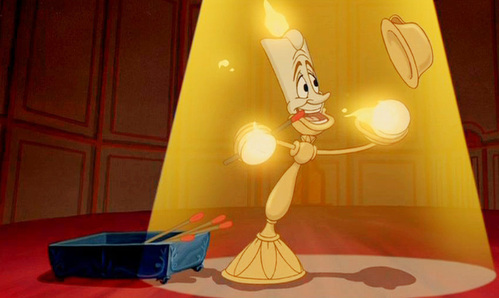 Lumiere had a good early career run, especially when you consider that my dude was definitely a candlestick. Odds were against him from the jump, but he still flourished. His hands were on fire at all times, so the music he was producing isn’t even a question. When you’re on fire at all times, it’s pretty much nothing to put together a flawless 96 bars like “Be Our Guest” on the fly. But once he hit his stride and became human again, Lumiere got real entitled. Shit was lowkey corny. I know people didn’t want to say anything because he was trapped in the body of a candlestick for all those years, but Lumiere had no one in his corner telling him to chill. He got caught up in the lifestyle of having hands and legs again and just stopped fucking with the craft. Damn shame if you ask me.
The Seven Dwarves (Snow White ) – The Migos 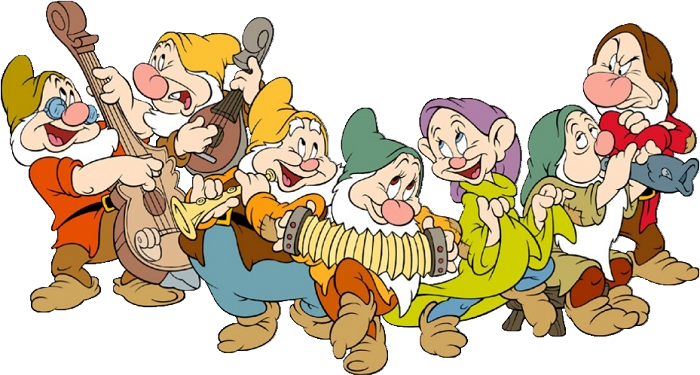 The Seven Dwarves were some wild boys, bruh. They had more jewels than they knew what to do with. There is an actual scene where one of them is just rolling a whole wagon full of gold and diamonds. Pretty much every lyric in the song “Handsome and Wealthy” describes an aspect of the complex life of one of the seven dwarves.

Dwarf translation: “Smh, clearly this random woman showed up and cleaned our cottage because she knows we’re rolling in ice. Sneezy, hide the diamonds, fam.”

In a film riddled with violence and an uncomfortable relationship with consent, the dwarves were there the whole time, peeping the jig. Just trying to protect their overwhelming amount of jewelry.

Okay, look. If you’ll allow me to get personal for a second.

Here’s where I tell the truth and say that I’ve never actually finished Mulan. I once put on Mulan during my sophomore year of college, a time before “Netflix and Chill,” when the only option for proper low-budget courtship was “whatever DVD your roommate left on top of the TV and Chill”

So, the truth is that I’ve only seen about 35 minutes of Mulan. I haven’t revisited it in my adult years, and I feel deep shame about that.

But in that brief time of pretending to pay attention to the movie while also trying to gauge the proper amount of distance on the couch between me and my date for the evening, I just remember thinking god, this dragon thing really won’t stop talking. And he has really weird concepts about masculinity. Like, it SEEMS as if he’s making sense. But I think he’s just talking. It sounds so brilliant in this moment though. Like it almost doesn’t even matter if he’s making sense or not, right? He’s talking a bunch and that’s almost always a good sign. How can you not be inspired by someone who never runs out of things to say, right?
The White Rabbit (Alice in Wonderland ) – Meek Mill 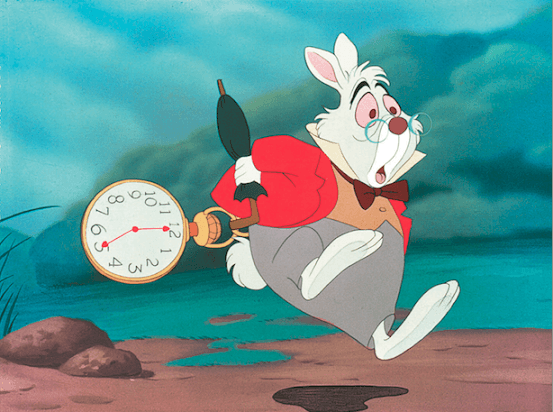 I get how Alice could look at the White Rabbit and be like “yeah, this dude seems like he has real purpose and a lot of real goals. Let me follow him into this darkness and it’ll just sort itself out later, lol bye cat”

But then you spend like 3 minutes in White Rabbit’s world and you realize that dude has no idea what the fuck he’s doing and he’s always on edge for no reason.

There is no better metaphor here than White Rabbit being late to everything, despite having a gigantic stopwatch that tells him the time.

I still gotta sit up here, after all these years, and listen to you people tell me how great Meeko is? Despite Meeko not having one memorable moment during an entire feature film? A film in which he did not say one single word? A film in which he just laughed a lot and made some unrecognizable noises while eating and sleeping?

But Meeko is a legend? Meeko changed the game is what you people are telling me? Meeko didn’t even make songs but he didn’t have to because “that’s not what he’s there for” is what I’m hearing? “Sure, Meeko just slept and ate a lot, but look BEYOND that to see his real contributions” is the move then?

As a small aside, Pumbaa is Nas. For reasons that could fill an entire book’s worth of pages, but also reasons that I will never explain to any of you. God bless.