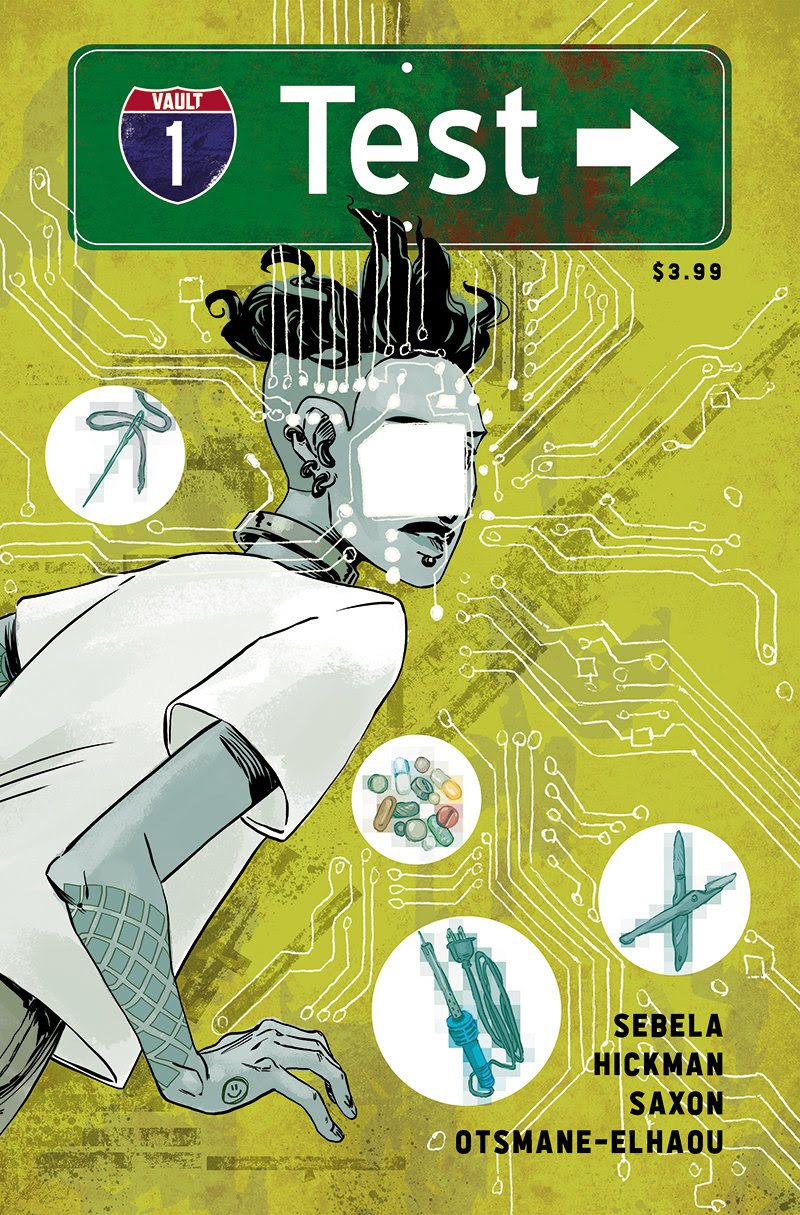 What would you do to survive the capitalistic framework? What parts of our yourself are you willing to success? What is the price on humanity? Or perhaps more importantly, what would you do to escape the framework entirely? Does your answer change if you were an orphan? Would you become a body hacker? A hardcore future junkie? A corporate asset? What about a human Guinea pig undergoing medical tests for cash? 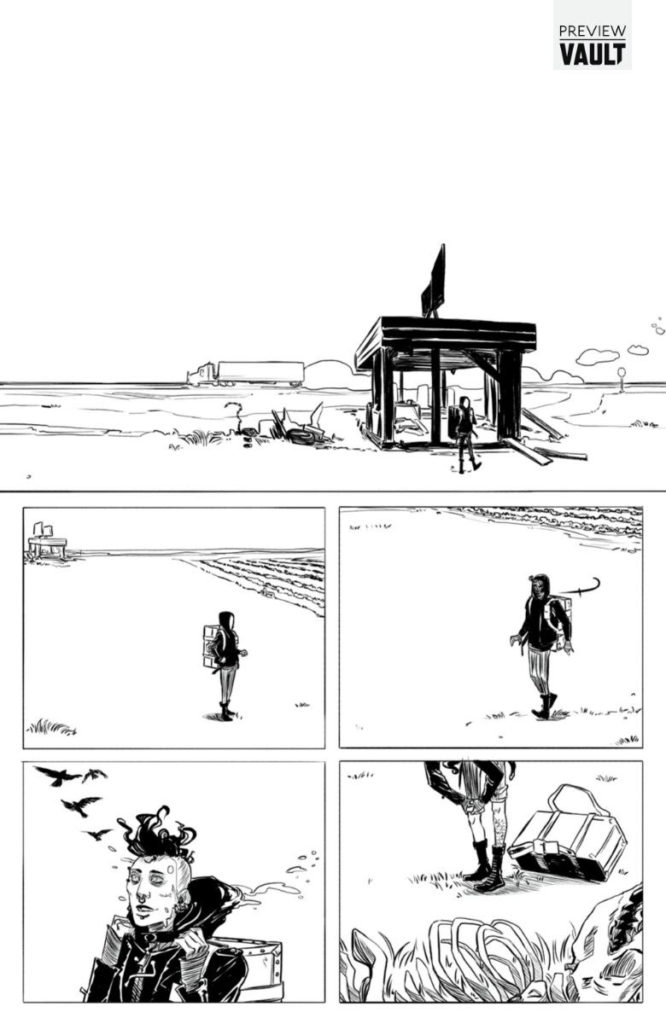 If any of those questions shake you to your core or otherwise capture your imagination, well then you’re in luck as Vault Comics has just announced their new science fiction series: TEST. Written by Eisner Award nominated writer Chris Sebela (Crowded, Shanghai-Red), illustration by Jen Hickman (Moth &Whisper, Jem and the Holograms), colored by Harry Saxon (Vagrant Queen), and lettered by Hassan Otsmane-Elhaou, TEST is a biopunk tale that explores urban living, and the shady underworld of drug testing practices. 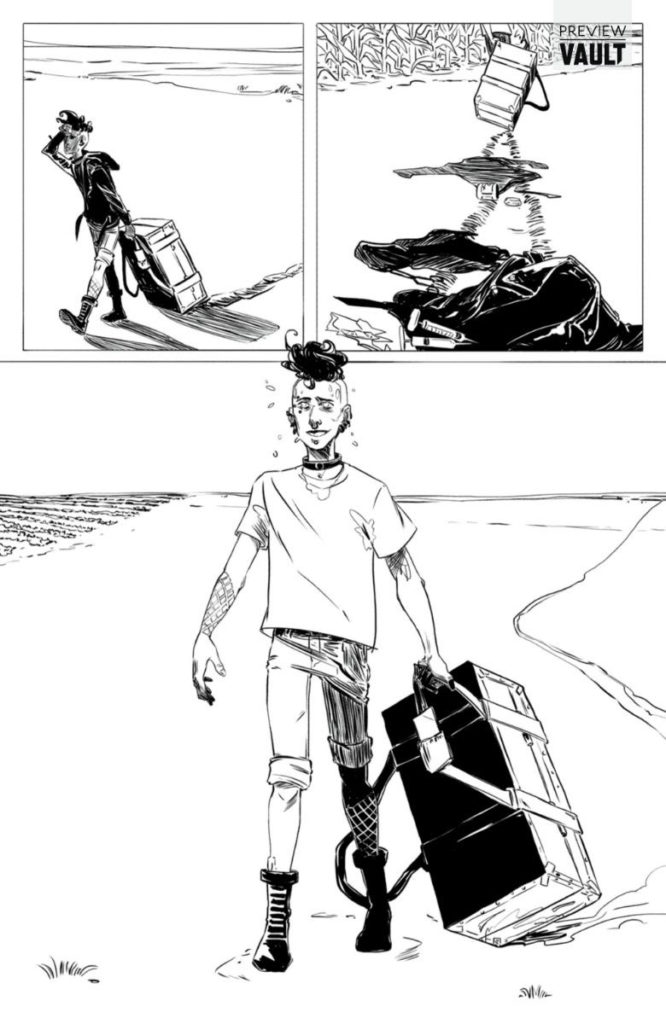 The series stars Aleph Null, the aforementioned orphaned human guinea pig/hardcore future junkie/corporate asset as he searches for a mythical, Midwestern town called Laurelwood, a place where the tech their testing is ahead of the technological curve and probably a better deal than their current gig. 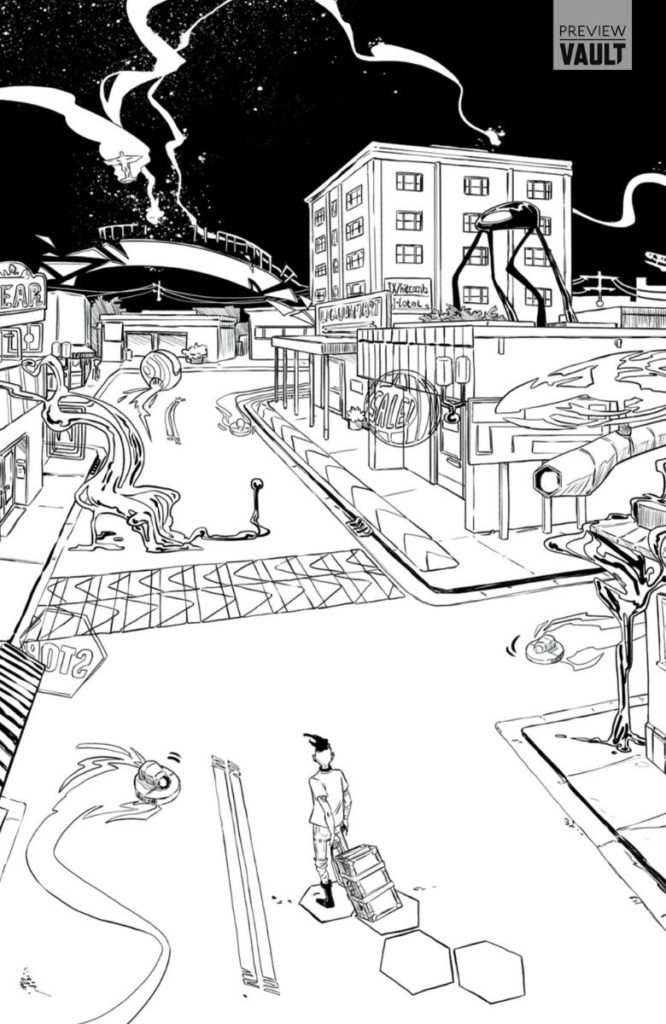 Sebela recalls his past job working at a market research firm in his drifting 20’s as he saw testers break every safety protocol in attempts to make a quick buck as the folks behind the glass make millions. His experience saw the creation of Test Towns, “American cities chosen for their demographic perfections, where companies question concepts like fast food nightmares and new unnecessary technology – products that live or die depending on how well they sell,” while life goes on for most people unsuspecting that there are other risking life and limb. Sebela’s and Hickman’s TEST explores Aleph journey in such surreal circumstances. 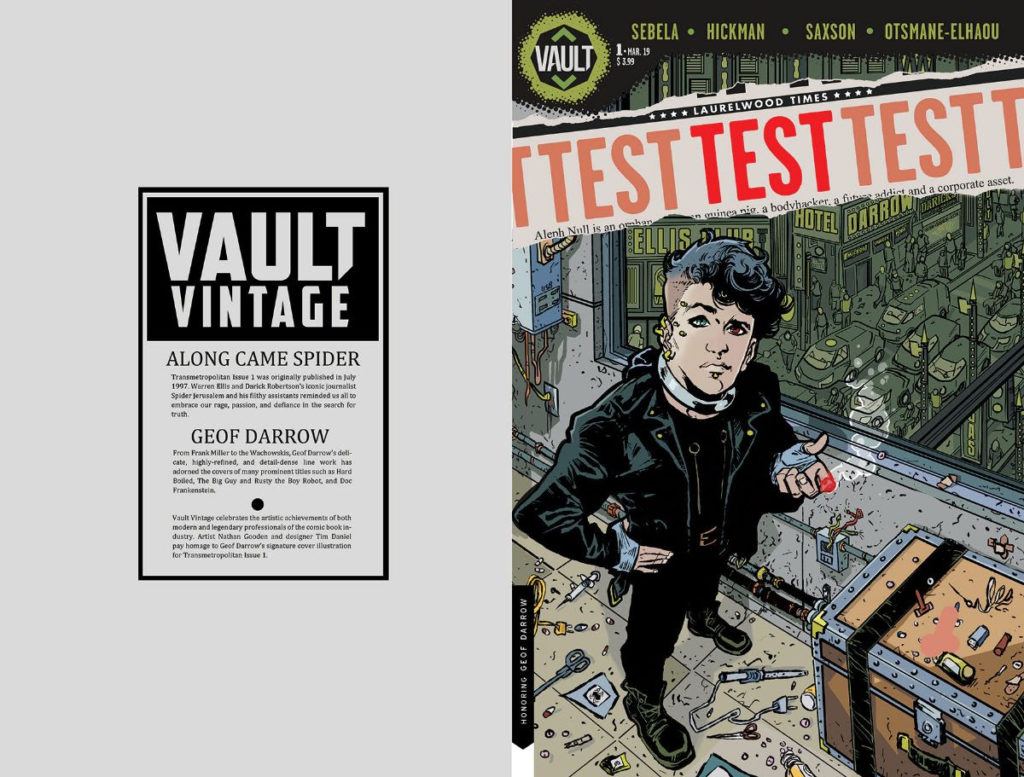 With beautiful artistry from the preview pages, a promising pitch, and a Vault Vintage variant cover paying homage to Warren Ellis’s and Darick Robertson’s Transmetropolitan, Vault Comic’s TEST is definitely a comic you want to be keeping on your radar.

Writer’s Note: The following pages are not final. Final version will be colored and lettered.