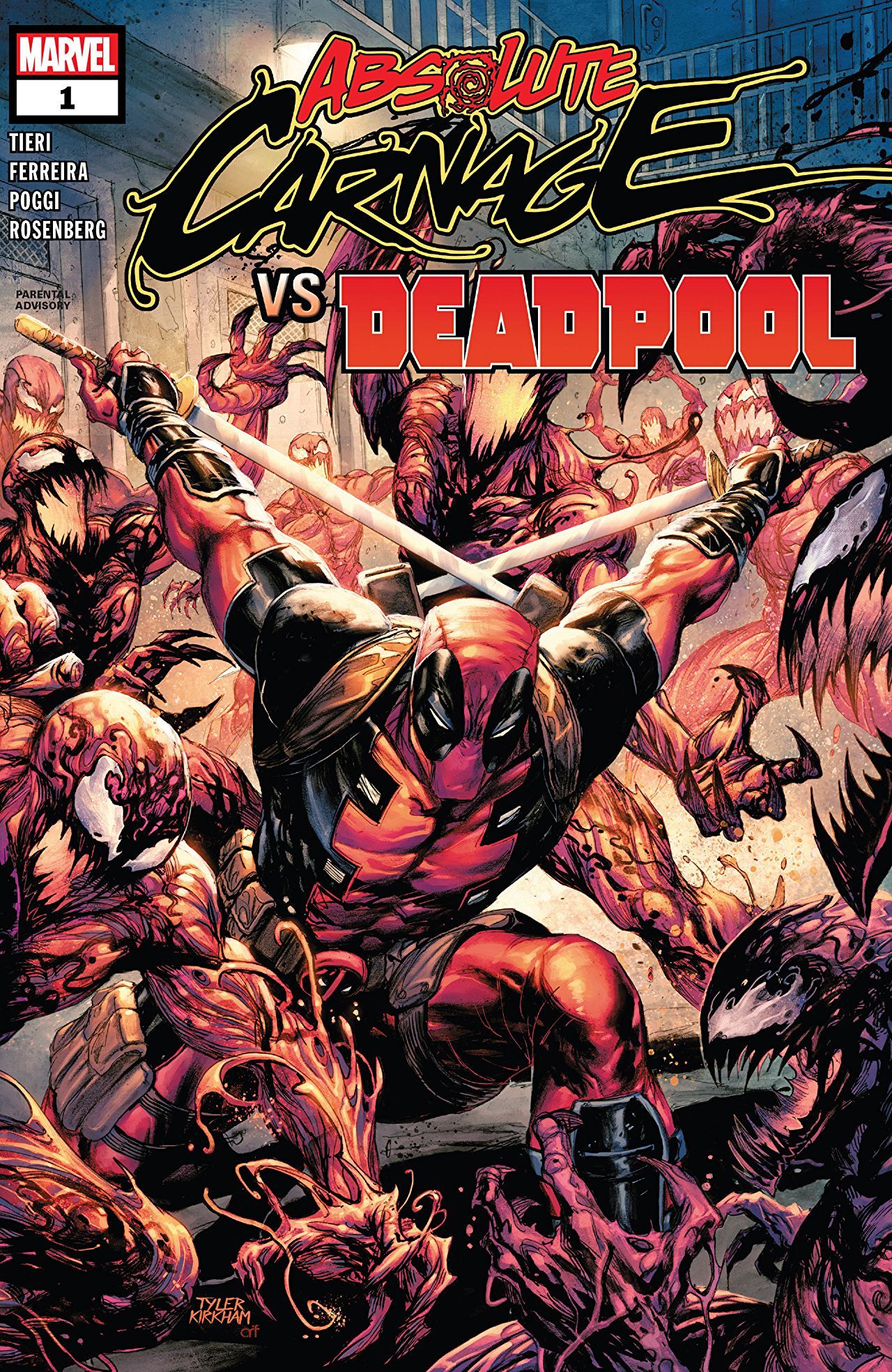 The Mind, The Loss, The Inevitable

Absolute Carnage vs Deadpool #1 honestly got me at loss for words. I literally clung onto my head-wrap yelling: “Wade, WHAT ARE YOU DOING?!” In which I realized, yeah you can love someone and absolutely be taken aback by their actions. The Tieri-Ferreira-Poggi team really knows how to capture a DP fan. If I wanted to put someone onto Deadpool comics, this would be one of my introductory choices. In Carnage vs Deadpool #1 we get the chaotic side of Wade where it’s so funny it’s absolutely nuts.

We get the Spidey and Deadpool duo swinging throughout the city and of course something goes wrong. This time it is purely Wade’s fault. You would think as partners in look-a-like super-suits that they would have an emotional connection so strong where your partner wouldn’t summon all of your enemies all at once and have them chase you down the city. Honestly this sends Spider man off edge (and rightfully so, because you can’t be out here running from ALL of your enemies). Spidey pushes Deadpool to get himself checked out and honestly this is where hell begins to reveal itself panel by panel. 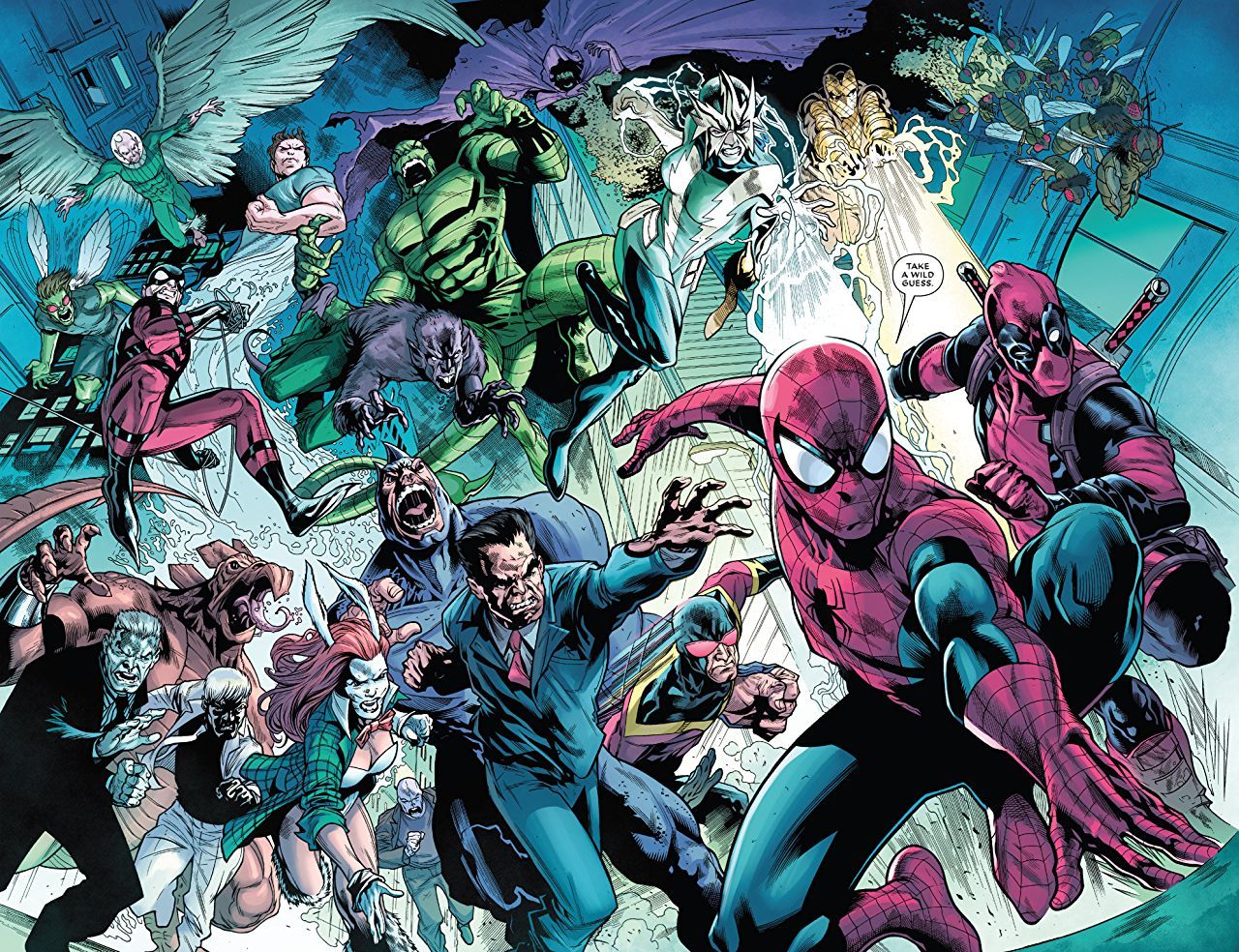 Deadpool walks into a mental hospital looking for recovery but instead he is runs into his destructive past. When poison taints your body, a layer of protection is created to keep it from taking over again. In some cases, it lingers, and much like what he did to Spiderman in the earliest part of the comic, it often comes flooding. In Absolute Carnage vs Deadpool #1 I learned that karma never fails and that the only way to protect yourself from poison, is to allow it to run its course and take it head on. The creative team gave this comic a cinematic feel with deep sharp cuts and even wittier clap-backs. With this, unfortunately it can be easy for readers to get lost towards the middle. The scenes reveal like a horror film. Releasing surprise after surprise, so it will be a fun read if you pay close attention.

What I hope to see in future issues is a better handle on the cuts as well as bumping up Deadpool’s intention. This would be a perfect time for the creative team to take advantage of the ideologies behind mental health, Deadpool’s instability and carefully construct a metaphorical representation of what it feels like to be consistently at war with something that made a home inside of you. (This plus avoiding the stereotypes of mental instabilities to not come across as insensitive, because mental health has so many more layers than just pain and hurting people you love, but I digress).

Reading CARNAGE VS DEADPOOL? Find BNP’s other reviews of the series here.