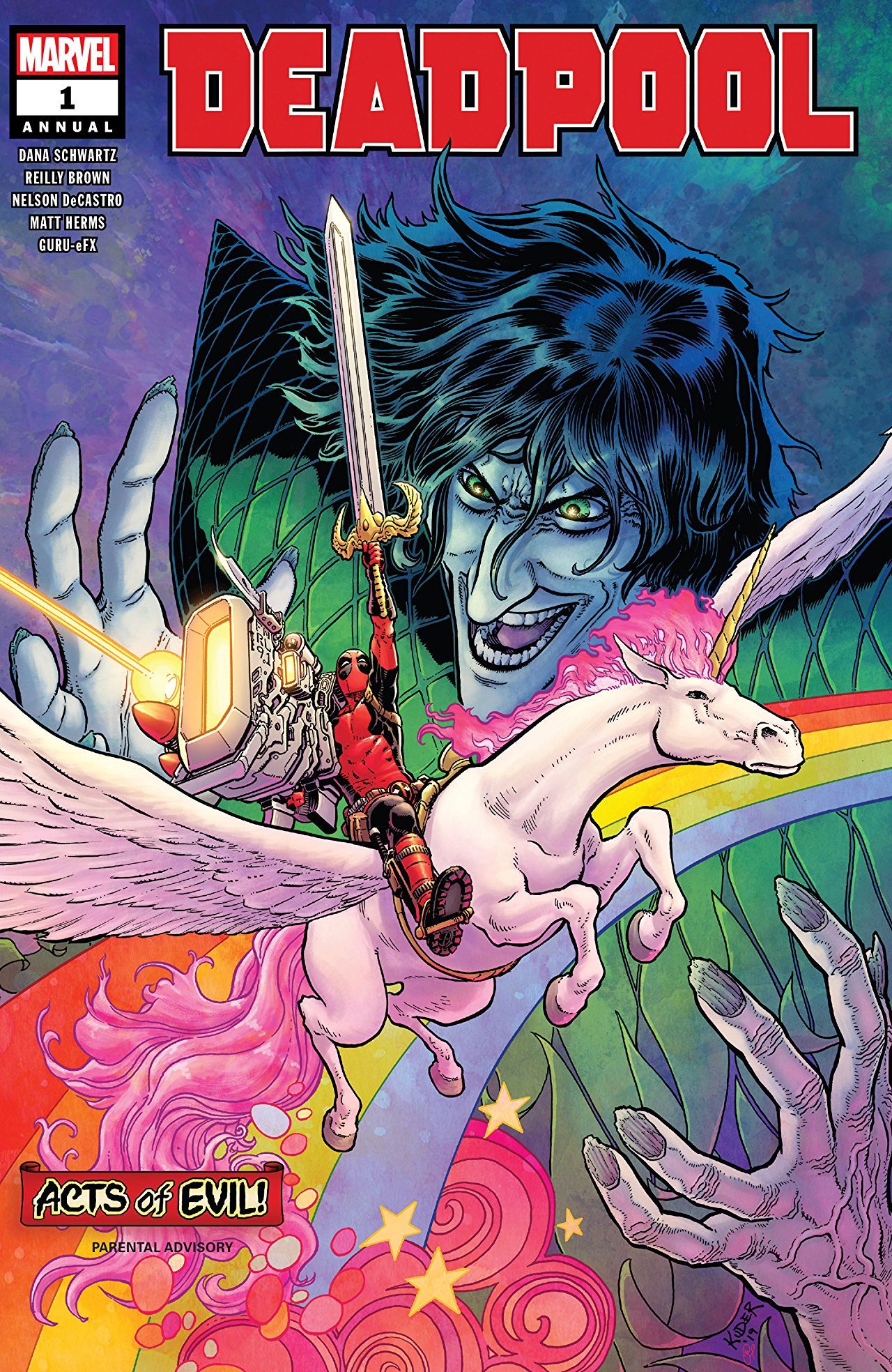 I’ll Give You Everything I Have

If there is one thing that this comic taught me it is this: If you’re desperate enough to get a mercenary, you’ll find one. (Yes, even if they don’t have a mailbox.) If you want to read something that simultaneously both drags millennials and grows your soft spot for the Merc with a Mouth, you need to read this year’s Deadpool Annual. In this year’s adventure, Deadpool is approached by an eight-year-old boy who cannot escape the dreadful pull of his nightmares. Wade is summoned by cries and cuteness and sets off on an adventure to relieve the child of his burdens. 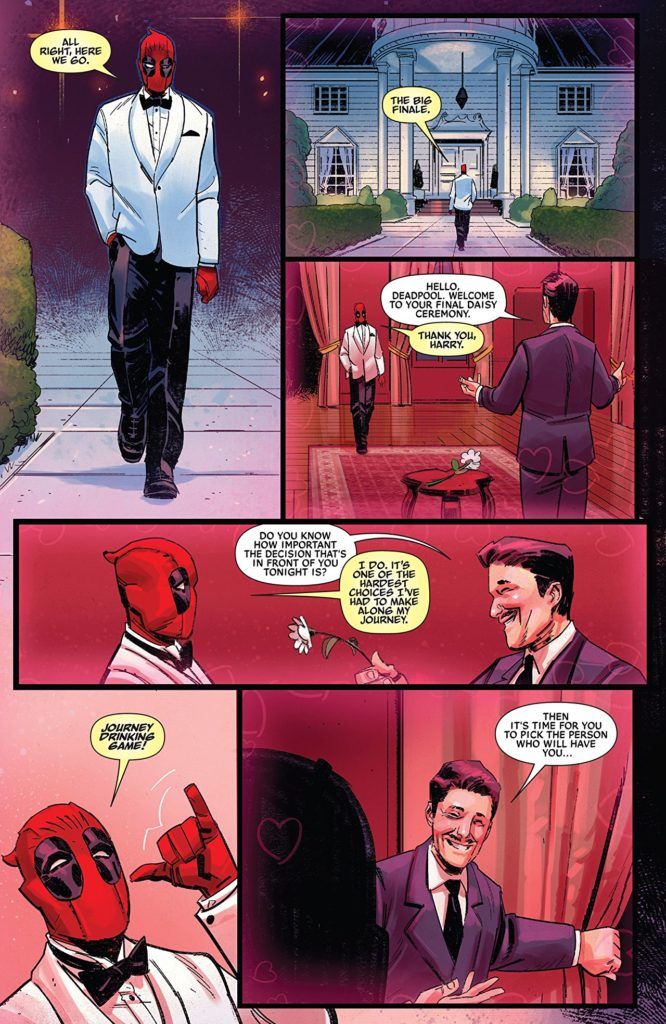 You Owe Me 7 Dollars

Deadpool Annual 2018 takes the nuances of storytelling (the humor, the heartbreak, the character dynamics) and creates a world where readers can laugh and within five seconds gasp and grab their chest. Unlike plenty of other Deadpool comics, this entry is more about the dialogue and the tenderness we often forget Wade has. The fighting is limited, the wit is brought forward, and each panel feels like a surprise. What we do not get in blood splatter we receive in emotional attachment. This is one of the rare times I see Deadpool move with intention instead of impulsivity. Violence is not even used as a first option but rather a “if the moment calls for it”. Deadpool Annual 2018 gives an added depth to a character we know and love. 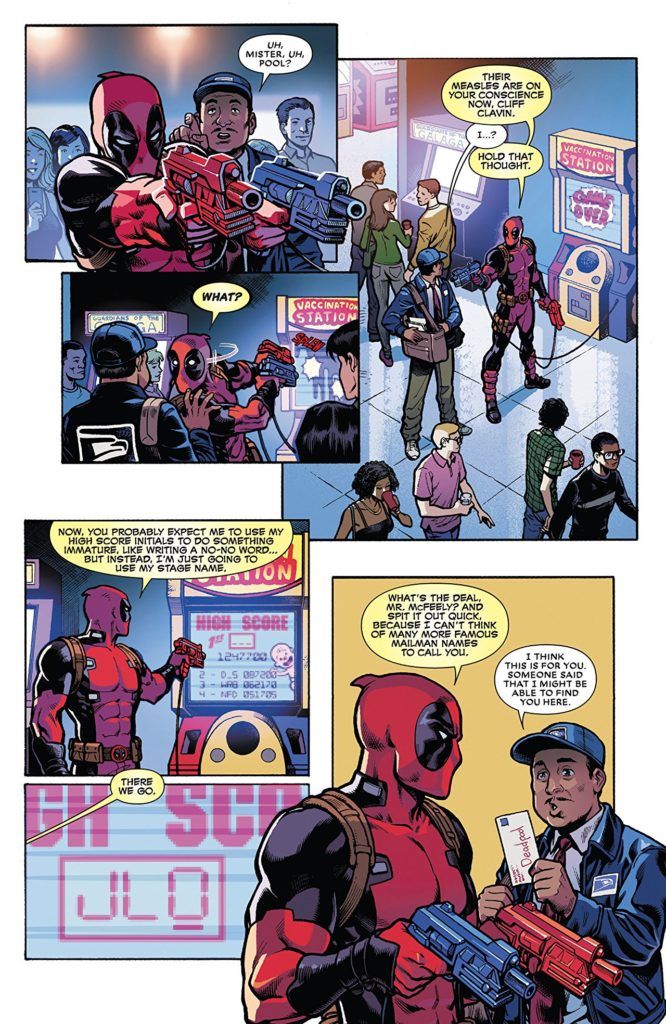 Don’t get me wrong, Wade stay strapped, Katana in the back, fourth wall stay broken.

The Schwartz-Brown team takes the sentimental values we love and throws it in the mixing pot for readers to enjoy. My favorite part about this comic is the physical representation of nightmares. Deadpool Annual breaks down nightmares into the physical and psychological. It tests the ideologies of the subconscious. What we are force fed in our lives runs rampant even in the dream world. Dreams have the ability to be excessive and carries with them the power to hold us hostage throughout the day. Deadpool Annual gave me the heart to believe that without my knowledge Wade could be out here wrestling with the burdens in my subconscious. Ain’t that the most beautiful thing a Merc could do for a fan?