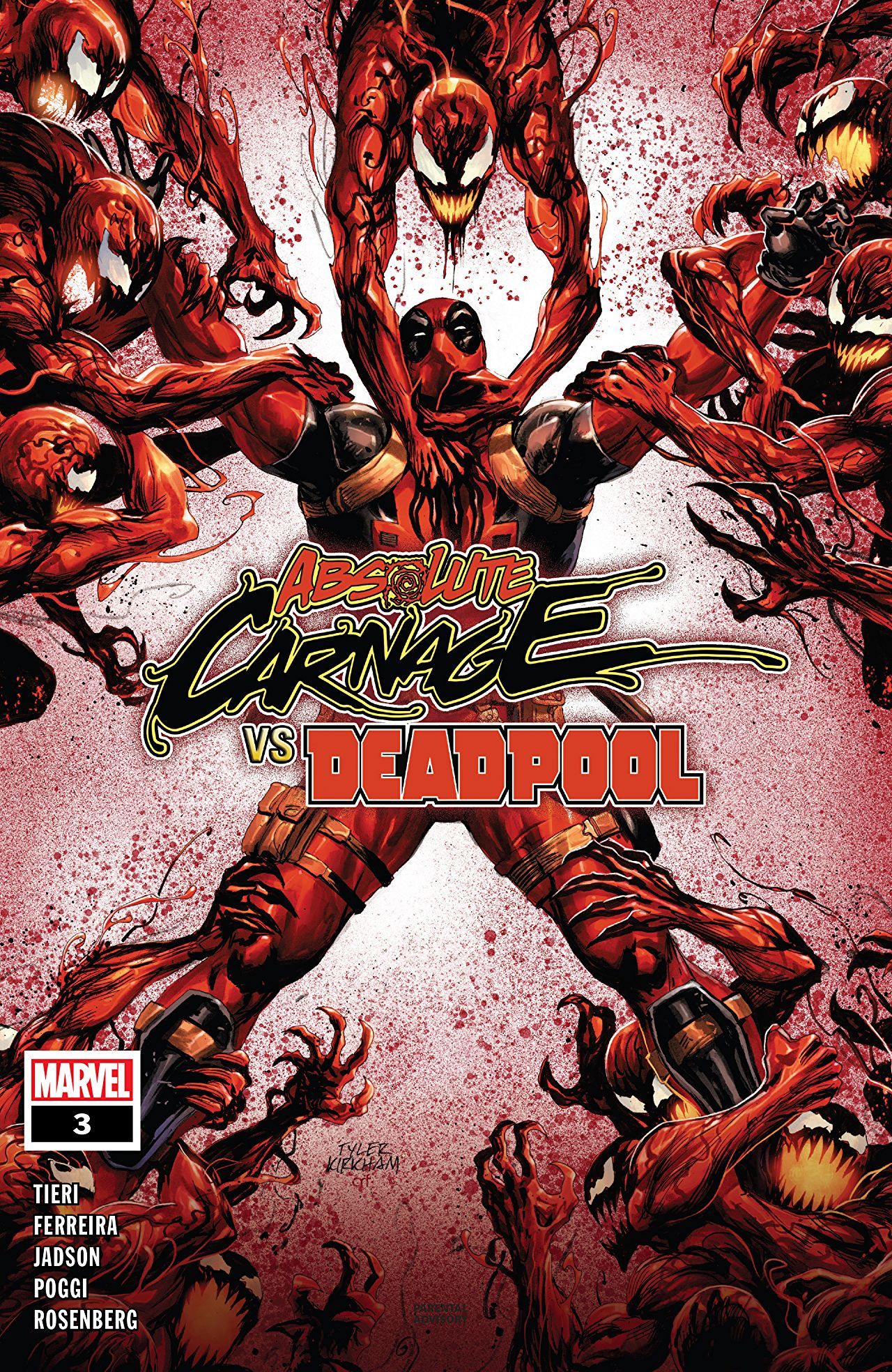 We began this series when Spidey said to Deadpool:”Iigh B, you doing the most, and you getting me tight. Clearly, you got some issues to work out, so we not gon’ talk until you get that sorted.”**
**Loose New Yorker translation

After millions of calls and voice messages, Wade finally went to get help and of course the “unthinkable” happens — he runs into some trouble. We’re here with a symbiote-possessed Norman with a bit of an identity crisis, trying to sacrifice Deadpool to his master.

Absolute Carnage vs Deadpool #3 is a fun comic to read when you’re just looking for the joys of friendship. The classic DP and Spidey match-up is always filled with quips and clap-backs as their separate comics often reflect. In the previous issues of Absolute Carnage vs Deadpool, there were metaphorical aspects that one should think about. Accountability vs Mental Health: at what point do you cut your friend off until they do what needs to be done to better themselves? Also the idea of letting something that once inhabited your soul, consume you once more. Deadpool once was a home for the symbiote (and many others), so what is it about hosting an entity that you once rid from your body? 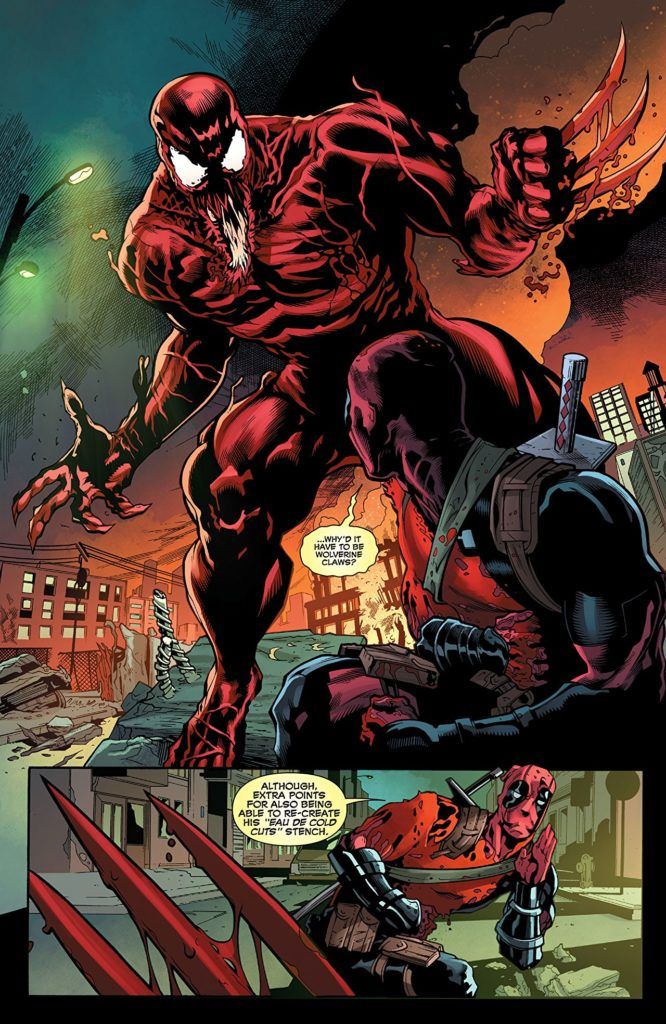 In this issue we see how being there for your friend as they are struggling, even after they sought out help, is part of the growing process. Symbiote is a physical representation of Wade’s internal struggles. Essentially Wade’s demons are returning along with the bits and pieces of other previous experiences. Absolute Carnage vs Deadpool #3 gave me quick laughs and a lesson on the true meaning of friendship. No one is obligated to fight your demons, but the friends who understand (and have the emotional health) will try to swing in when they see you’re trying.

Though the metaphorical implications were beautiful, I wanted to see more experimentation with language. It felt like the weight of the content did more work than the writing could have done. We brought the lord of symbiotes to the field, one with a grudge for both Spidey and Deadpool, there was so much that could have been done. We learn lessons on friendship, sacrifice, the journey to mental health but what was missing was the recognition of mental turmoil. It didn’t spend enough time on growth, the transition felt like light flickering which made me wonder, what happens if we left the lights off for once? What would be Deadpool’s experience?

8 Absolute Wreckages out of 10