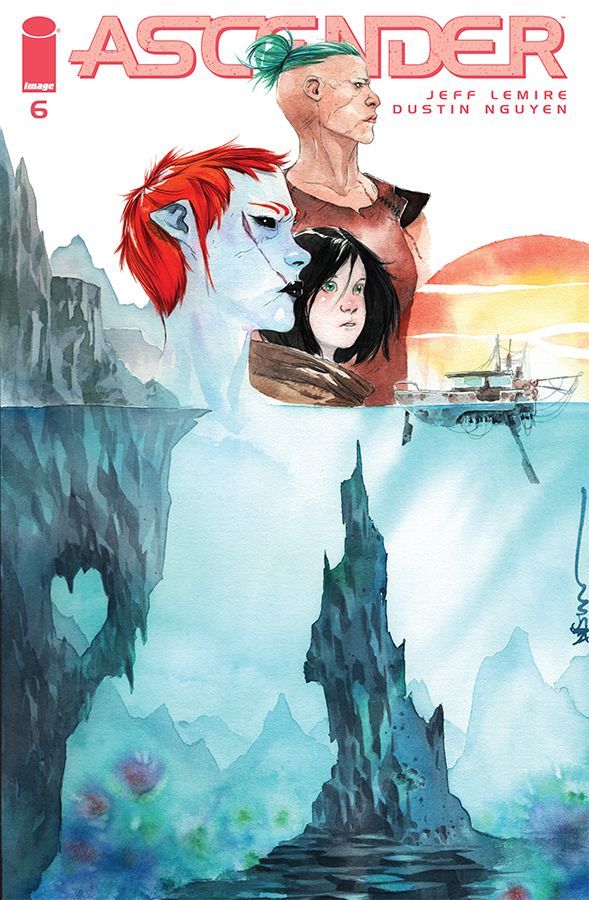 Ascender #6 pulls at the heartstrings as it deals with the aftermath of the separation of Andy and Mila.

Picking up after the cliffhanger from last issue, Andy wakes up in the ocean in a pool of his own blood, and he’s soon brought ashore by some of Mother’s followers. I’m sure he wishes he’d just bled out in the water, to be honest. Once he fully comes to, it’s revealed that he’s being taken to a vamp feeding farm. No need to use your imagination. It’s exactly what it sounds like. To make matters worse, his wife Effie, who turned into a vamp a while back, is at this farm and ready for some of her hubby’s blood. You truly hate to see it.

Mila and Tesla were the best part of this issue for me. We spend a lot of time with them. They are very much alike due to their circumstances. Mila just lost her father and she doesn’t know how to cope. And Tesla got thrust into the adventure and probably has a hangover. Both of them are a little stubborn but at the same time, they need each other. So seeing them figure this out in real-time when there are Werewhales — yes, Werewhales — attacking their ship was nice to see unfold. 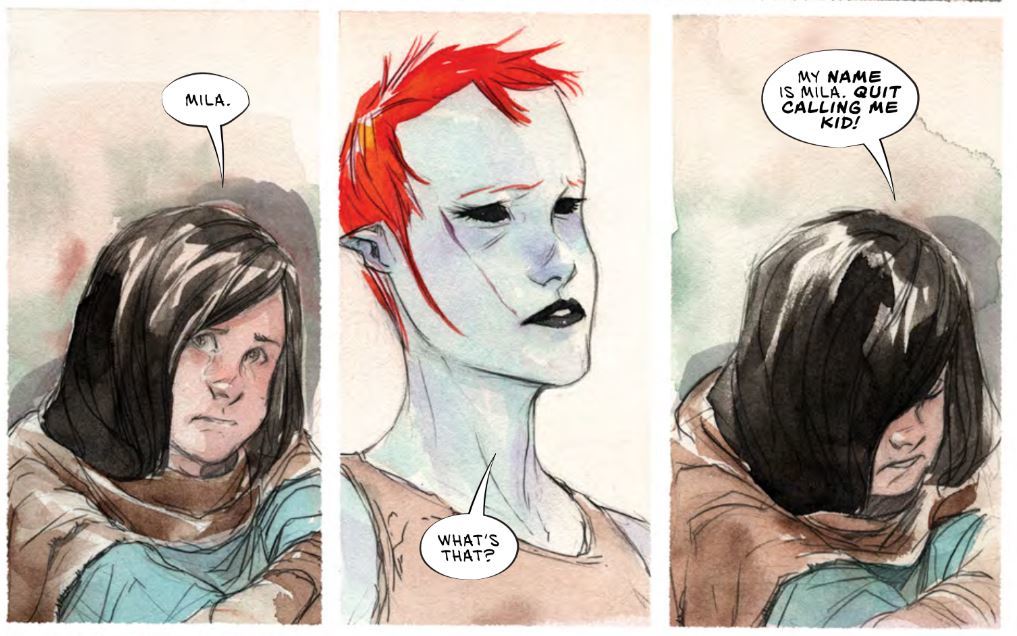 This issue, in general, was a study in stripping the characters’ desires away from them. Mila lost her father, and she thinks he’s dead. He was her guide. And he sheltered her from the world. Now she’s in for a pretty rough crash course. On the other hand, Andy lost Mila and he’s cursed with the knowledge that she is alive, but he can’t get to her. Imagine being a parent and being in this situation. Knowing that you are willing to do anything to get to your family, but you’re in a situation that not only doesn’t allow you to do so, but is actively trying to kill you. Tesla would probably like to be day drinking her problems away right now. Instead, she’s forced to take care of a kid she hadn’t met until today and her ship is being attacked by sea monsters. Even Mother, our all-powerful villain has to deal with the imbalance that Andy and Mila’s presence has caused and now she’s gotta chase after them and figure out why they’re so important.

No one is getting what they want and everyone is on edge. Sucks for them but it makes for a really engaging read for us.

Dustin Nguyen contrasts his action-packed illustrations with some beautiful pastel blues and pinks as dusk settles on a really tough day. It’s a beautiful opposition to the subject matter of this issue and a reminder that nature is unbothered by the squabbles of man. It’s gonna flaunt its beauty no matter what’s going on.

Ascender #6 gives all of the main characters a bad day by stripping them of what they desire most. A father and daughter are split up, a drunk has lost her leisure, and an evil witch loses her patience.