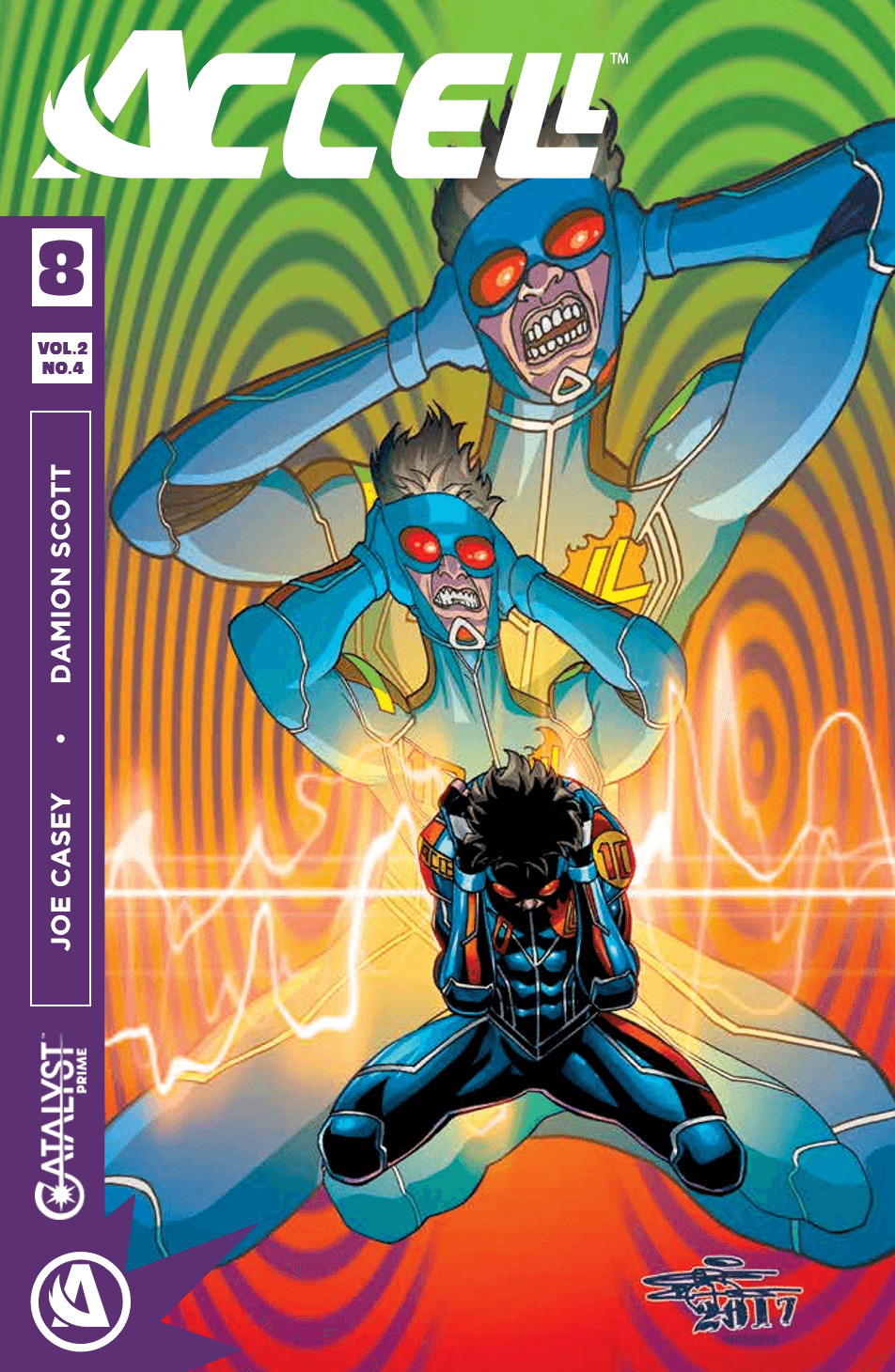 One of the easier comparisons to make in modern media when talking about speedsters is benchmarking them against the speed of light, and it is a sensible decision. Light is one of the few constant of universal laws that we can all readily grasp. Yet Accell #8, always willing and ready to take the unexpected step, asks us to tap into a different ideation of speed: the sound it would inevitably generate.

Casey has been building up to this inevitable conflict between Accell and this enigmatic sound based entity currently wreaking havoc in a research station somewhere in Antarctica. Even the opening panel shows Daniel at peak glib, commentating on this sheer inanity of the situation. Yet as the story continues to progress, I take moments to appreciate how the Catalyst Prime universe is very deliberate with its storytelling and the rules of its universe. Accell is arguably one of the more outlandish titles, and is definitely one of the most surreal. Yet, every shocking revelation feels like a logical progression of the seeds that previous issues planted. 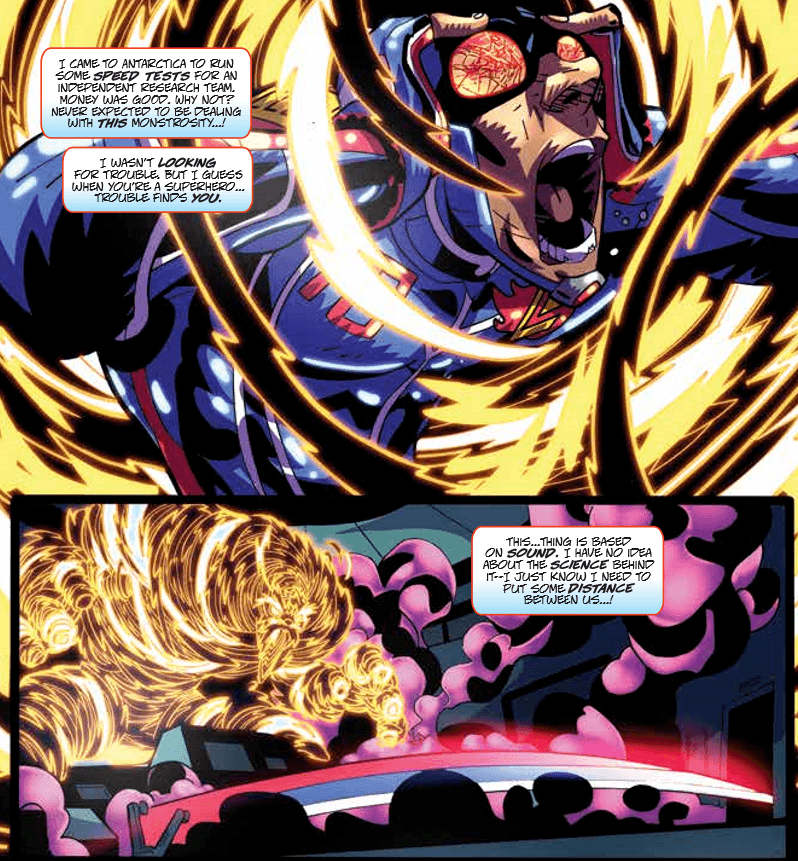 This living embodiment of sound is a far cry from the street level villain Daniel was facing at the start of the series, but it is impossible to imagine the series going anywhere else after reading everything before it. Super speed often is a gamebreaking power, and Casey has managed to develop reasonable tradeoffs, including the creation of an antagonistic force that actually feels like a threat. Scott’s pencils and Campanello’s colors animate the monster, this epitome of discord and cacophony. And where Accell moves in fluid curves and arcs, “the Fuzz’ bristles. Its entire being seems to only know vibration and distortion. It’s a beautifully stunning point-counterpoint, and continues to highlight why Accell is great superhero-centric science fiction piece.

As the Catalyst Prime universe continues to grow, I implore more and more people to delve into the smartly constructed and wonderfully illustrated world. And Accell will often be the first title I recommend.