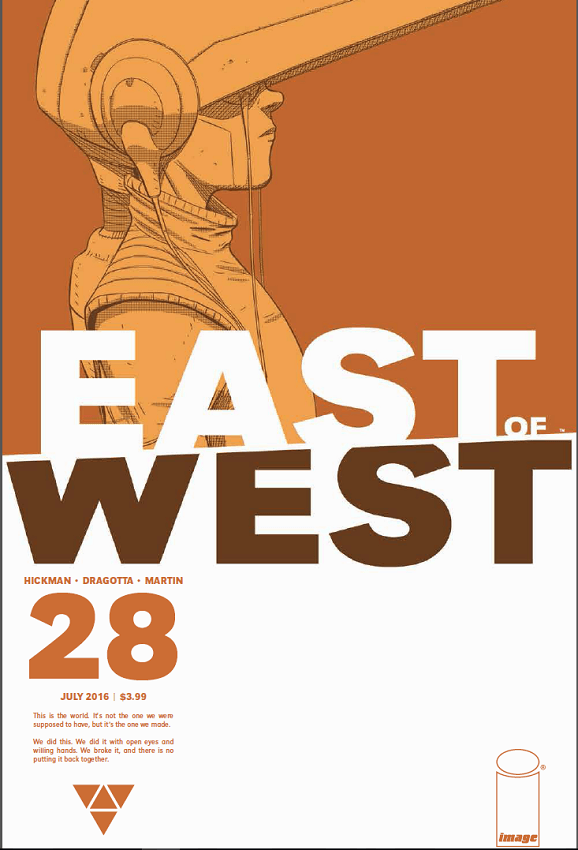 I love this book, but I’ll be the first to admit that we rarely get two action heavy issues in a row anymore. The formula has mostly been three pages of visceral deliciousness albeit large setup, big boss fight, then set up again. This issue falls into the set up category. However, at the very least, we got the most interesting characters to deal with as they pondered the world and how it’s going to end, along with the introduction of some new characters. We’ll see how long they last because nothing is promised in East of West. Turns out, Death isn’t the only person searching for his son, there are hunters also on the prowl and their goals are very different from daddy dearest.

If we aren’t getting guns blazing and kinetic madness, Hickman is at least building enough tension to launch an arrow off of. We’re left to wonder just how close these hunters are to Babylon, if Babylon will be ready when they come and if Death will get there in time. I’d be very surprised if we get those answers in the very next issue, but I’m at least excited to see what happens when we see these characters again. 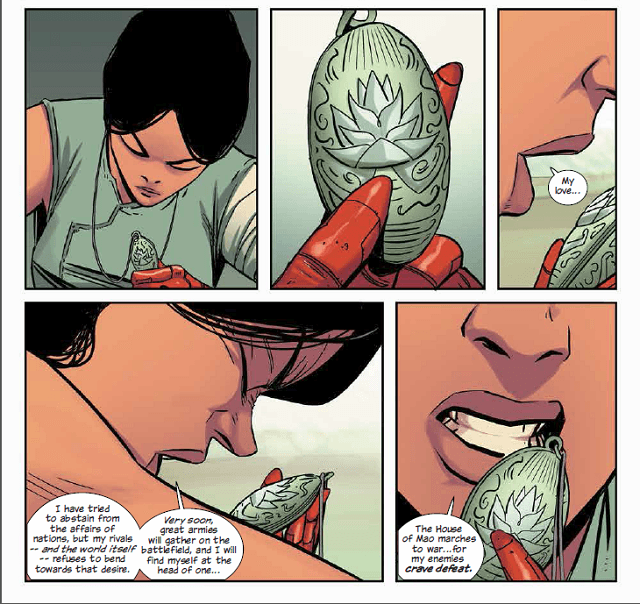 Dragotta doesn’t get to flex too much in this issues as it’s mostly talk, but the art is still fantastic with some pretty interesting and dare I say perverse situations. Whether it’s Babylon wrestling with a boar or Death putting ‘pressure’ on the all seeing eye to tell him where they’re at, each scene is richly detail and defined as a unique place in the world.

We are moving chess pieces around again, but this is still a solid issue as we (hopefully) move closer to the confrontation/meeting between father and son that we’ve literally waited years for. One wonders if Hickman is going to give us what we want or throw another curveball our way.

8.3 Intellectually Maturing Beasts out of 10