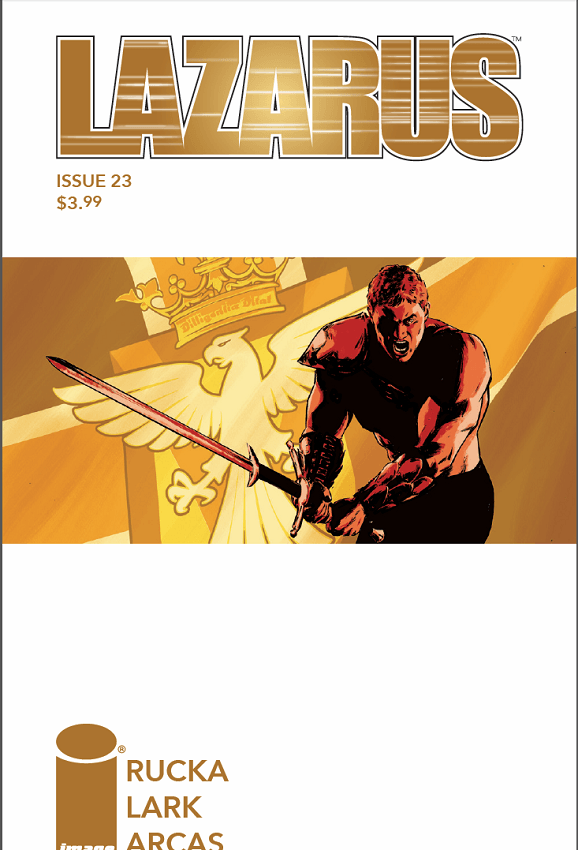 Even though I had my hands on this issue two days before it hit news stands, I almost held off so that I could spoil the shit out of this book. But nah, I wouldn’t do that to you, fam. Let’s just say this, Lazarus checks off all the boxes that you want in a great comic book. Unique writing and plot movements. Check. Compelling lead characters with a deep bench of interesting supporting characters? Check. Good action? Check. Great looking book. Check. And another check for good measure. Lazarus is the kind of comic book that will get your cynical-comics-are-for-kids-but-don’t-knock-over-my-Blade-Runner-memorabilia friend into comics. And if you’re already into comics, then there’s no reason you aren’t reading this book. 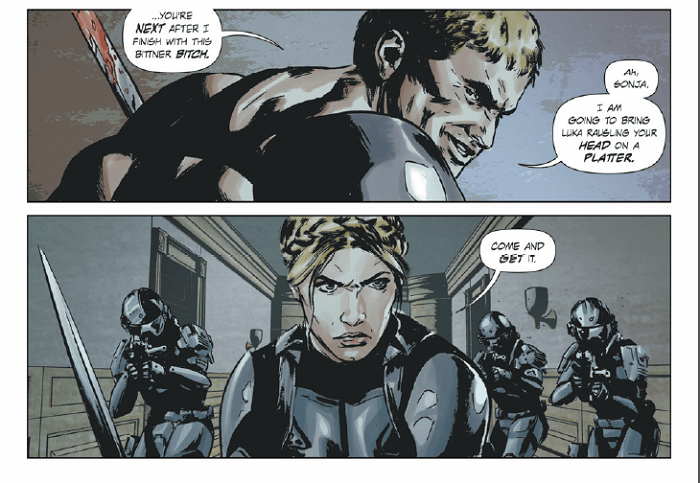 As for this issue, we get to see only our second official Lazarus vs Lazarus fight and it does not disappoint. When we last saw Sonja Bittner in the previous issue, she was walking up in her mom’s crib, ready to kick the Rausling fam the hell out. The fight is visceral and brutal and worthy of two super-human fighters with a satisfying conclusion. But how a fight between two Lazari isn’t the highlight of this issue amazes me. The political intrigue and movements might have more resonance. A number of important conversation happen that answer some lingering questions and open up some intriguing possibilities. We get the details of their Lazarus contingency plan, the family’s plans for Forever, a confession from the old man, more political maneuvering, it’s all pretty involved and lets you know that Rucka and Lark have a lot of story to tell yet with no signs of slowing down, even if their main protagonist is somewhat sidelined with a brand new leg she’s trying to rehab. 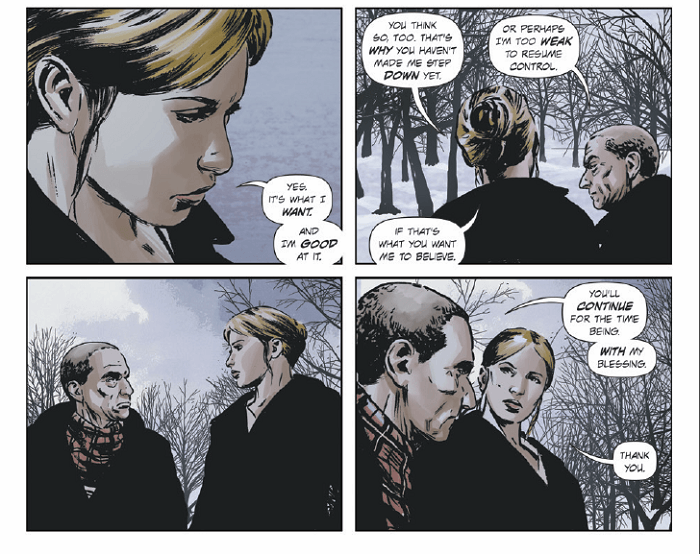 Lark is just special in this issue. His consistency not only in this book, but since the beginning of the series is remarkable. The creators play with the timeline a little bit, but Lark’s art leaves some good clues as to the time period and the importance of certain characters with good visual cues without them blatantly telling you. The magic of this book is that it’s for those that like to hunt and not be spoon fed a story. It’s rewarding in its narrative and revelations.

Lazarus turns in another stellar issue with some big, bit questions answered and a few more asked for the future. The tight storytelling and beautiful art combine to give a very dense, yet quick moving story that lets you know this tale is far from over or losing any steam.