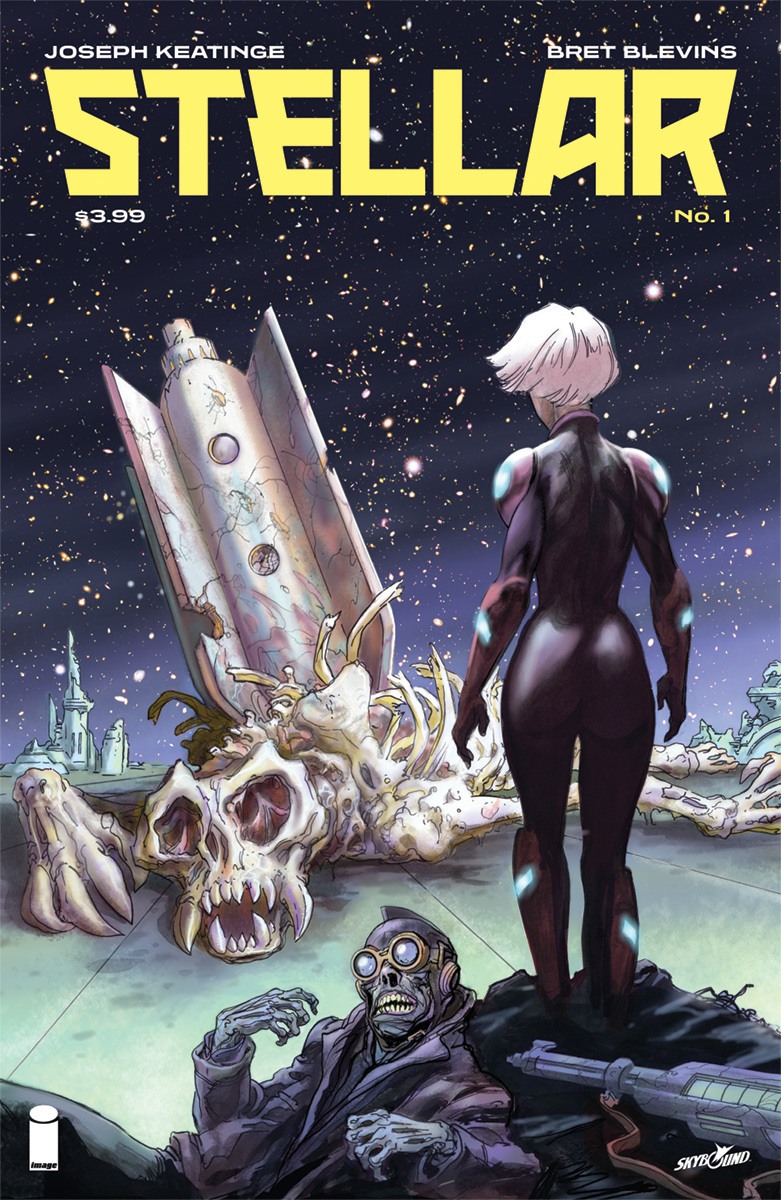 Bounty hunter with a tortured past is often an overused trope. Sometimes it can feel like the same old story told over and over again. But when done right, it reminds us of why we love these kind of tales. Thankfully, Stellar is one of those stories done right despite feeling familiar at times. 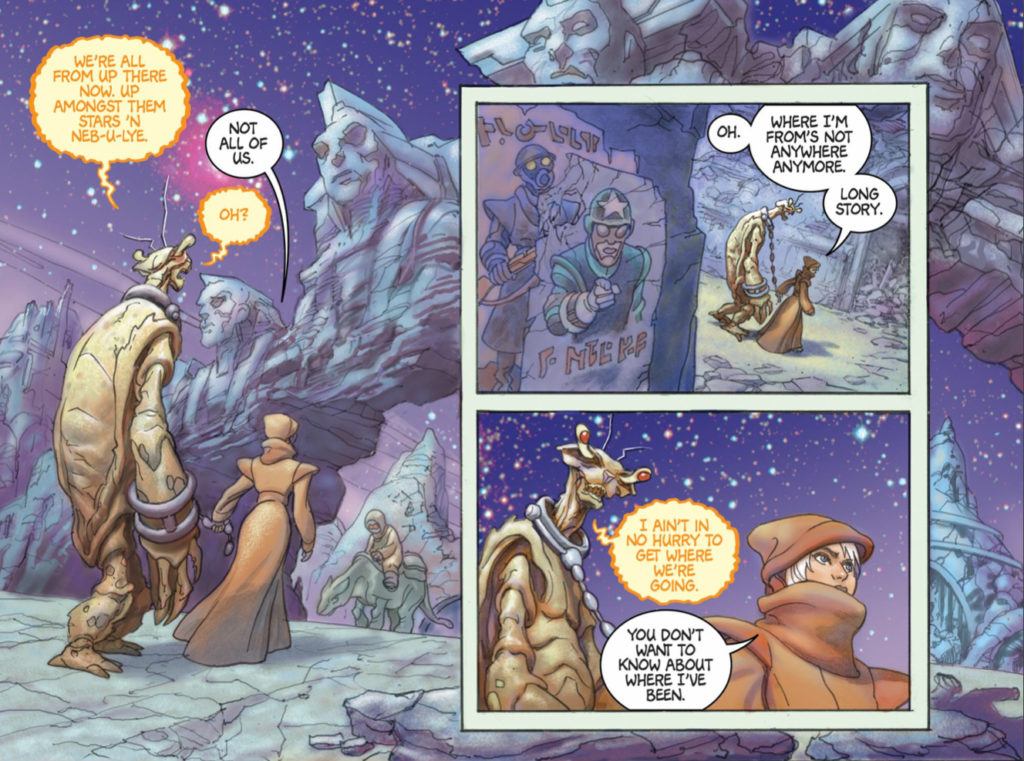 Stellar cements itself in a sci-fi setting on a planet ravaged by war. Aliens, death, and poverty all come as part of the package. Of course it does, it’s hitting all the points on the classic sci-fi dystopian checklist. Once again, it’s all familiar. We’ve seen stories like this before.

Where Stellar succeeds is its lead, who the book is named after. We are immediately introduced to the bounty hunter as she journeys with her bounty in tow. As she makes her way across the planet, we learn a bit more about Stellar and her past.

What I like is that writer Joseph Keatinge knows when to hold back. He gives us just enough about the lead to make us wonder. Stellar is a character filled with regret about a lot of things. It makes you want to turn the page to find out more. While the sci-fi setting doesn’t really stand out from many others, there is a level of intrigue to Stellar to makes us still want to know her part in shaping it. 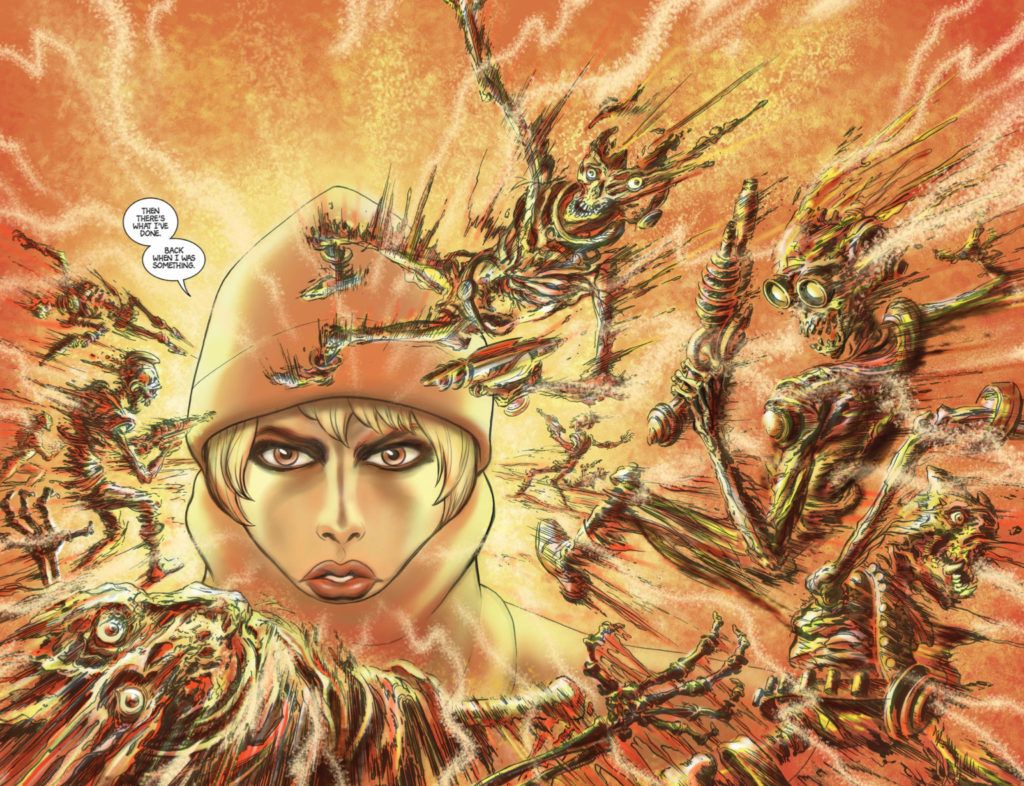 Speaking of setting, the art by Bret Blevins does a fantastic job of making this otherworldly wasteland look colorful. It’s like if a desert surrounded by death and vast empty space was hit with a Kaleidoscope. There’s also a classic futurist feel to the designs of Stellar, the aliens, and the various other characters in the book.

The first issue of Stellar works. While not wholy original in its premise, it knows its genre well. Combined that with an interesting and mysterious character, and you have a solid first issue that gives you enough to make you want to stick around for more.

8 Freakin Orphanages out of 10