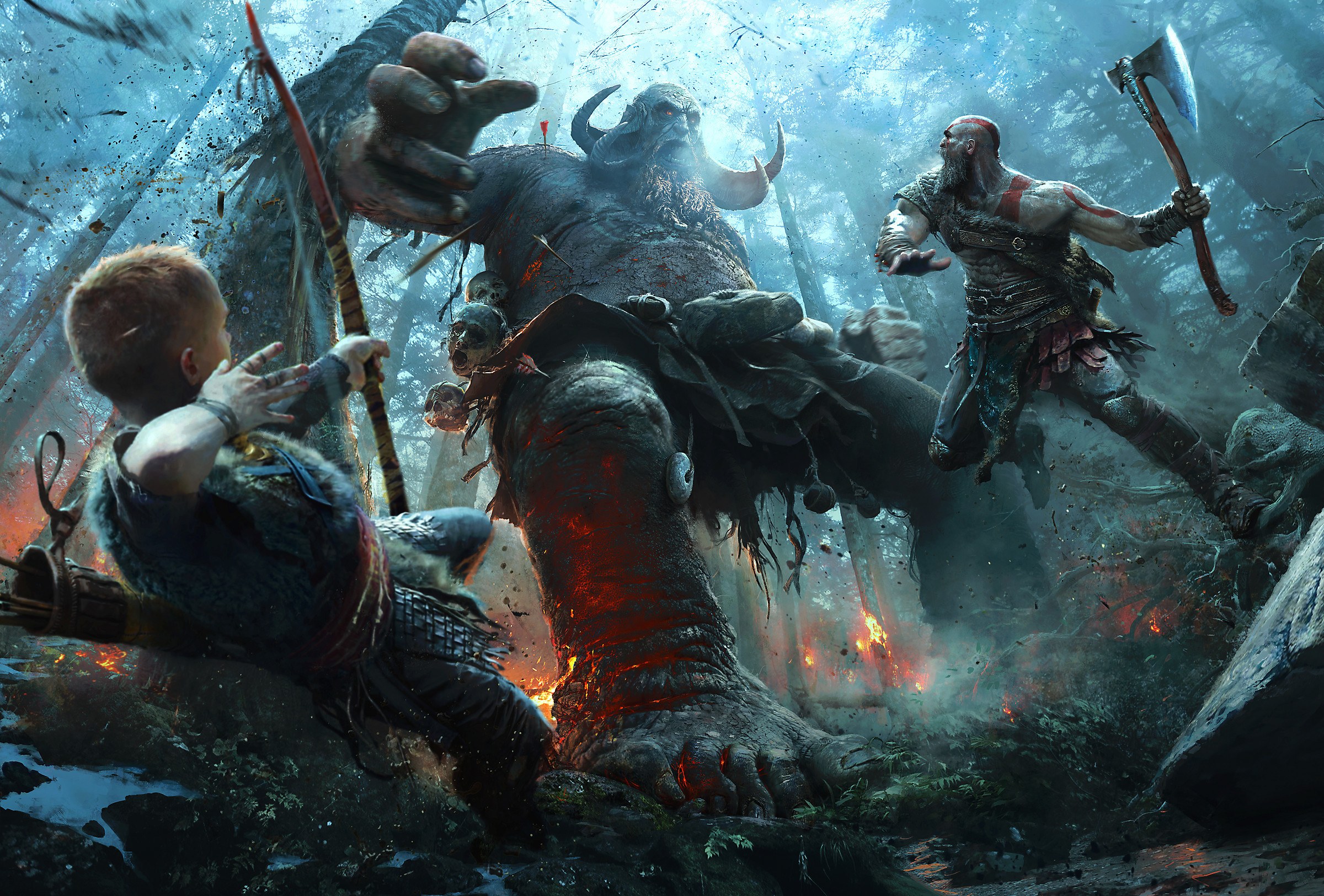 Let’s be honest. The original God of War games prided themselves on action, violence, and over-the-top set pieces over anything else. Who could forget Kratos tearing off the head of Helios or battling atop a Titan? He stormed his way through Greek mythology like a one-man army and we loved every minute of it. However, there was always a reason for the violence. A story of tragedy, betrayal, and vengeance that drove Kratos to ultimately kill everything in his path. It’s a tale that is well told, but all very surface level and nothing is ever fully fleshed out. Kratos’ original journey is largely to provide the players with the brutality they crave rather than to dig deep into the character.

There was a special appeal to the bloody extravaganza that was the original God of War games. They were truly a spectacle to behold as Kratos carved a path of vengeance through the gods of Olympus – no enemy too tall, no obstacle too daring. However, it was during God of War: Ascension that I realized that Kratos’ current journey of vengeance had run its course. It was the last game to stretch a story with no more reveals and the gameplay, while satisfying, felt all too familiar. There was nothing left to tell.

Or so we thought.

Enter the newest addition to the series, which is simply titled God of War. Not quite a reboot but a fresh new start that reinvents everything about the world and evolves in a way that I had not thought possible. This new God of War is a testament to how to breathe life into a long-running series and make it feel fresh again. What I’m trying to say is that God of War is not quite its old self anymore, and that’s for the better.

The original God of War games were amazing stories – for their time. You see, with a lot of older games, I’ve found that we look more fondly on those big shock and awe moments. Like Kratos killing his own family, finding out that he is Zeus’ son, or releasing the Titans onto the world. It’s the concept at work holding our attention rather than the actual story itself. As gamers grow older, we crave more intricate stories with layered characters. In the new God of War, we get just that. A tale that focuses on developing the character of Kratos to give us a new perspective on his story. 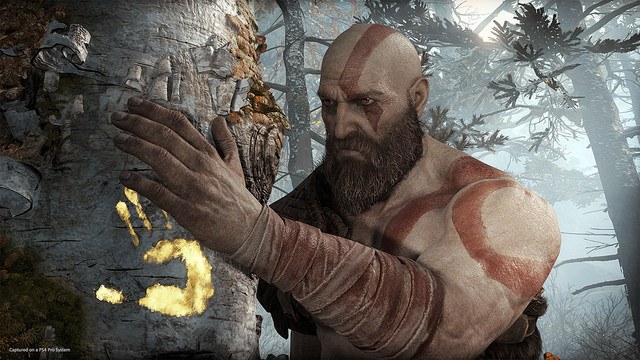 Santa Monica Studio excellently does this by using the original games and all their violence as something for Kratos to reflect on. Many years have passed since Kratos killed the Gods of Olympus. We quickly learn that in between that time and now, Kratos moved to a new land and created a family. The game begins with Kratos and his son, Atreus, on a journey to spread his wife’s ashes on the highest peak in all the realms. The relationship between Kratos and Atreus is the crux of the game’s whole story. It’s well done and, though he is still his usual brooding self, we get more emotion out of Kratos then we have ever seen before.

Pairing Kratos with a son is actually quite brilliant. Kratos doesn’t have a good track record with kids, judging by his daughters Calliope and Pandora in God of War 3. However, they have always brought out the best in the character. Just look at the scene from God of War: Ghost of Sparta where Kratos has to tear his daughter off of him in the Underworld – it’s heartbreaking. What we get in this game are the ramifications of what Kratos has been doing since the beginning, which is running away from his sins. Only, no amount of blood and violence allow him to ignore it this time because he needs to confront his past for the sake of his son. 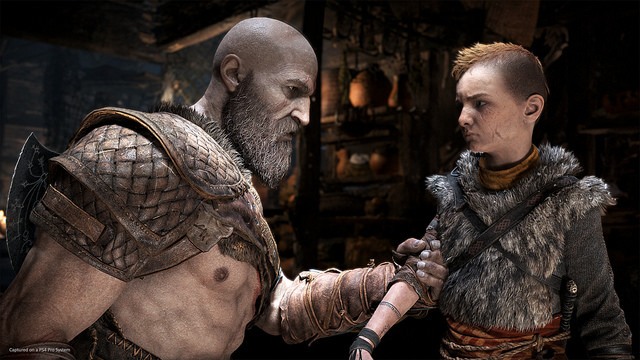 Putting Kratos’ past into this context helps to grow both Kratos and Atreus along their journey. What I love is that you see Kratos try to connect in his own way. He really is his own worst enemy and he has to think about the way he operates, as well as the impressions it leaves on his son. And Atreus is such a great character as well because, as a child, he brings a level of wonder, innocence, and optimism to the journey that makes Kratos want to do better. If the original games were about Kratos seeking vengeance, this one is his journey to redemption and forgiveness.

Of course, there are challenges along the way. The new setting of Midgard puts Kratos right into the middle of Norse mythology, where he and Atreus confront new enemies, gods, and realms. It’s great to see the developers play with another pantheon and it pays off. Norse mythology is not played with often except for in comics with a certain avenging Asgardian. Setting the game in this territory gives it a new feeling. The Gods of Asgard and creatures of the nine realms are much grittier and rough around the edges than the elegant and regal Olympians. 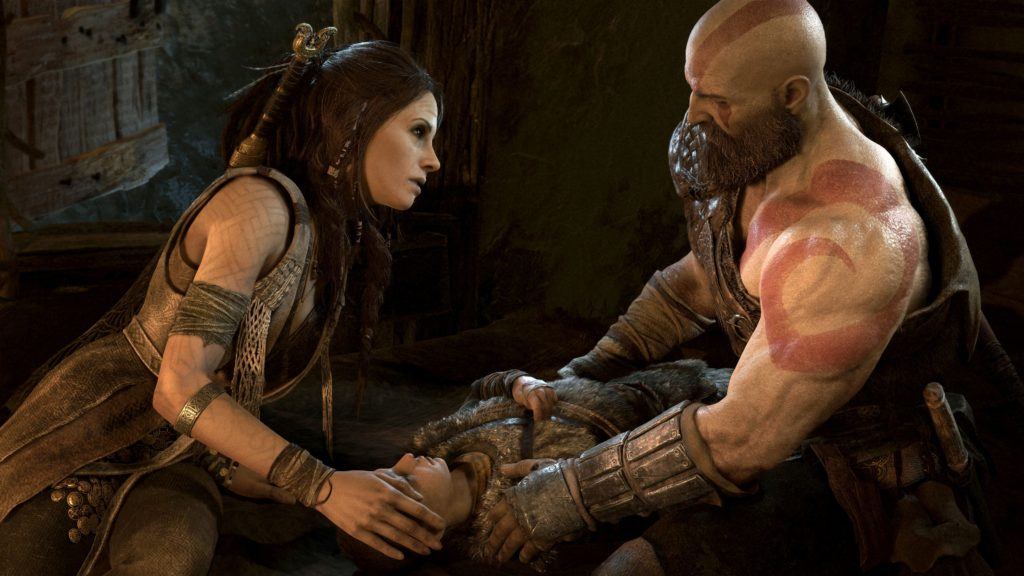 Tackling another pantheon also allowed Santa Monica to explore what it means to be a god, which only helps to develop Kratos and Atreus’ story. As you meet more characters, you learn their stories and more about the world Kratos has stepped into. In fact, all of the characters, enemies and allies, have their own distinct personalities. Many of them are fun, some are rightfully tragic, and all of them are developed pretty well. There is more focus on characters aside from Kratos. Major props should go to the voice cast for putting on such a great performance, especially Christopher Judge who nails it as an older, more nuanced Kratos.

While a more introspective take on God of War makes it more compelling, it wouldn’t be the same without combat that’s brutal, visceral, and epic. Thankfully, I can tell you that all of that and so much more still remains and older Kratos still gets it poppin’. However, what you shouldn’t expect is the same old God of War. Combat and action are completely overhauled to create gameplay that is more personal. Gone are the days where you can mow down hordes of enemies without breaking a sweat. Now, just taking on one opponent feels like a challenge and you can be taken out by any enemy you encounter in the game, no matter how big or small. It’s a change that makes combat so much more satisfying and makes you think about your every move more carefully. 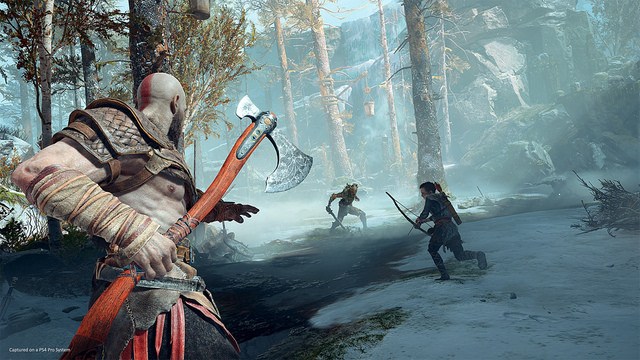 Santa Monica Studio achieves this by pulling the camera closer to Kratos. Without the expanded view of the old games, you are now less aware of the enemies behind you and unseen threats. This keeps you on your toes as multiple enemies enter the scene. Kratos also fights differently as well, as he is armed with a new weapon called the Leviathan Axe. The Leviathan Axe is satisfying in a different way than the Blades of Chaos. You quickly grow used to hacking enemies with light and heavy attacks. Also, being able to toss the Leviathan Axe, switch to pummeling enemies with your fist, and call the axe back like a boomerang is pretty sweet. There are also blocking and dodging aspects to the combat that become absolutely necessary to master. 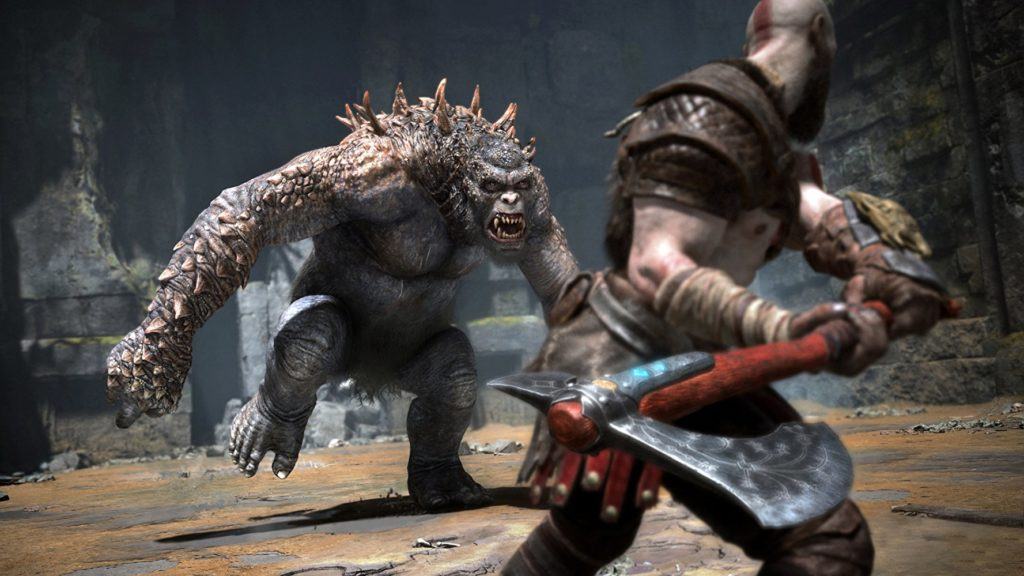 It takes some getting used to and when compared to how the old games play, it’s less familiar than it is new. It was definitely an adjustment for someone like me, who was so used to the hack-and-slash action of the previous games. Your new weapon works though. The more intimate nature of the combat makes the game feel like something completely new rather than just another sequel in the series.

Plus, the developers have added customizable and crafting options that allow you to upgrade your combat skills, weapons, special moves, gear, and support from Atreus. Speaking of the boy, he plays a role in combat as well. You usually have to be wary of companions in video games being a detriment to the player, but Atreus acts as more of an extension and never gets in the way. It’s wise to use him often to distract enemies and provide support.

Aside from combat, exploration has been retooled as well. You are no longer moving from just point A to point B. Midgard is an open area, with sections to unlock, secrets to find, and challenges to take on. There are new realms to explore as well, many of which aren’t even part of the main story. Exploring is tempting as I struggled to stay on the main stories path. I highly recommend not fighting against fate. Let the game distract you. There is so much more hidden within Midgard and the other realms that is too interesting to ignore. 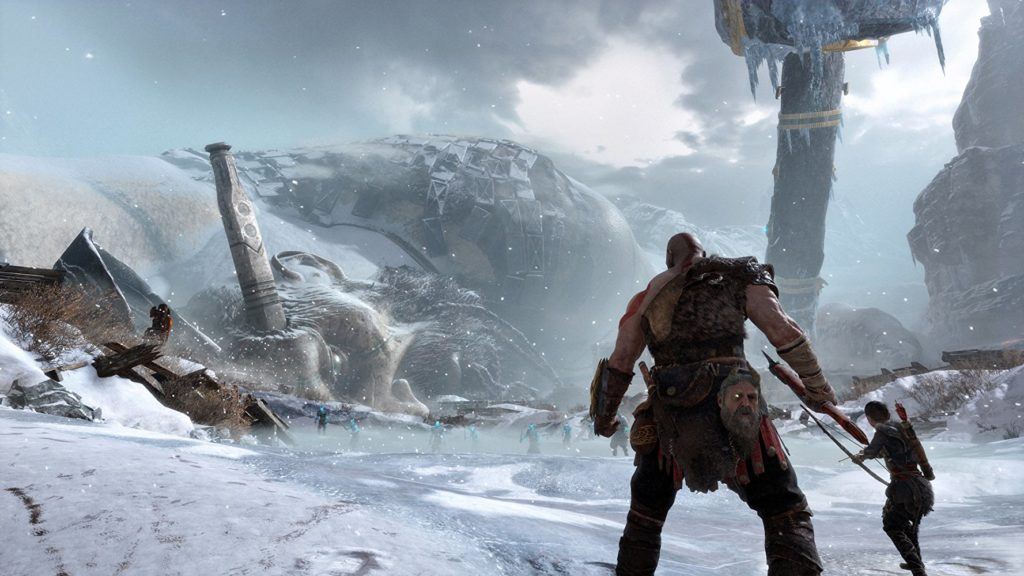 The game also features fun puzzles that make great use of the throwing and freezing abilities of your Leviathan Axe, as well as your other weaponry. My only gripe is that these puzzles aren’t too challenging. Then again God of War prides itself on the action more than anything else. And if you were wondering if the epic spectacle of over-the-top action was scaled down as well, don’t worry. Fully expect Kratos, with Atreus behind, to give you the awe-inspiring action you deserve.

In the end, God of War is a triumph. It fully reignited the same feeling of excitement I had for the series before. I came in expecting something different but didn’t know how much better it could get. There are so many memorable moments that I can’t wait to go back and relive. I want to explore the parts of the game that I didn’t have the time to visit. Santa Monica deserves an award for crafting a story where Kratos actually deals with what he had become on his path to vengeance, crafting characters with depth, and a narrative that truly allows players to connect with Kratos for the first time. Do yourself a favor, pick up God of War for a single player experience filled with wonder.