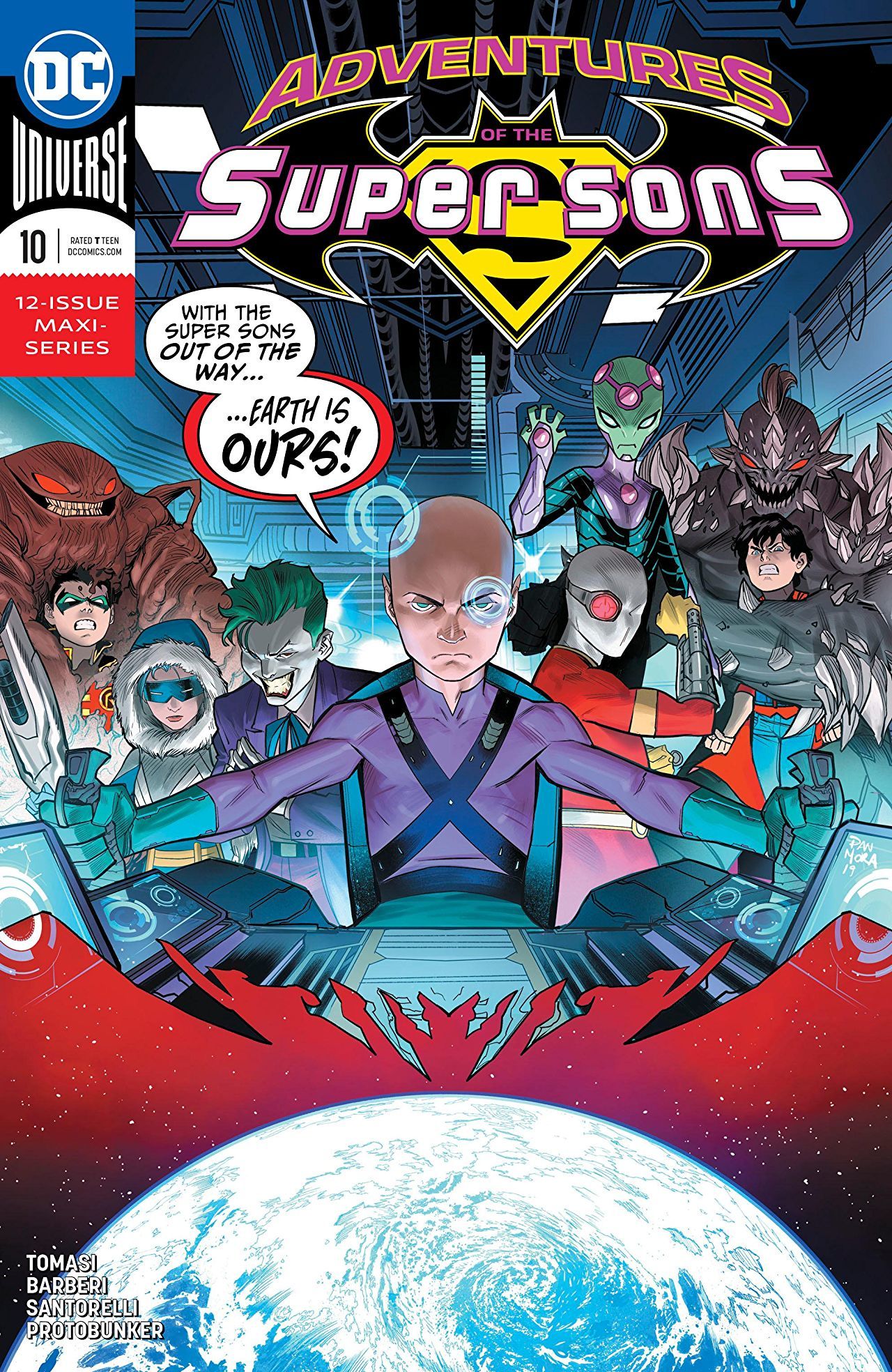 There is comfort in having certainty, in knowing that the story has a happy ending. Adventures of the Super Sons is one of the few relentless optimistic series in the DC portfolio, so there was never really any doubt that there would be a joyful conclusion, but Adventures of Super Sons #10 does something that I greatly appreciate: bring the story back to the frame.

In the opening pages, we see the World’s Soon-To-Be-Finest skirmishing against the Injustice Gang, as the narrator ramps up the drama. And then it is quickly brought back to a high-rise apartment where we see an old grandpa reading to two kids, one of which has laser vision, and it’s a fun callback to how the story began. More importantly, it’s just fun. Old Jon and Old Damian are crotchety as when they were kids, and it’s unsurprisingly giving all of their adventures. 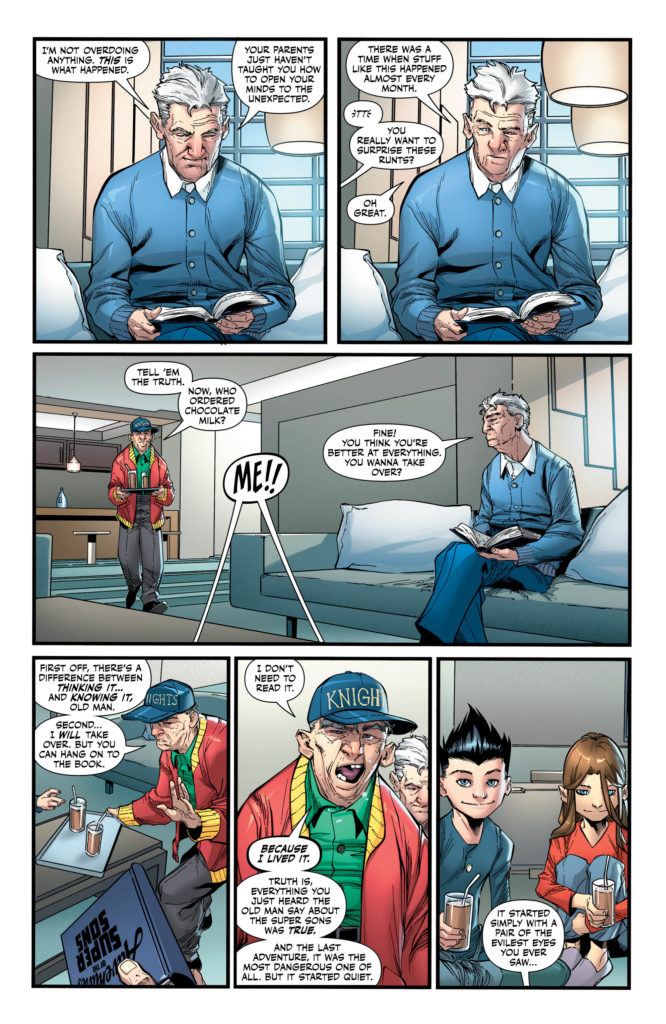 As Adventures of the Super Sons #10 begins to gear up towards that grand finale, Tomasi continues to flourish his ability to write adolescent dialog like a Bastdam champ. The banter between Robin and Superboy is golden. Rex’s bratty nature and bossiness continues to act as a fantastic villain as he fumbles to coordinate a league of newly villainous characters. The sheer audacity of everything that happens in Gang War pops off the page with a brisk rhythm that is beautifully realized.

It also helps that Barberi continues to revel in the shenanigans. The younger Injustice Gang’s costume design are crisp. The galactic set pieces perfectly underscore the frantic action that fill the pages of the book. It’s bright, poppy, and generate so much glee.

This is a simple maxi-series. Tomasi has penned a tale of two superheroes-in-training, and Barberi brings it to life brilliantly. It is consistently one of the highest caliber stories in my pull, and the only thing I don’t like is that it’s coming to an end.

Enjoying Adventures of the Super Sons? Check out BNP’s other reviews here.