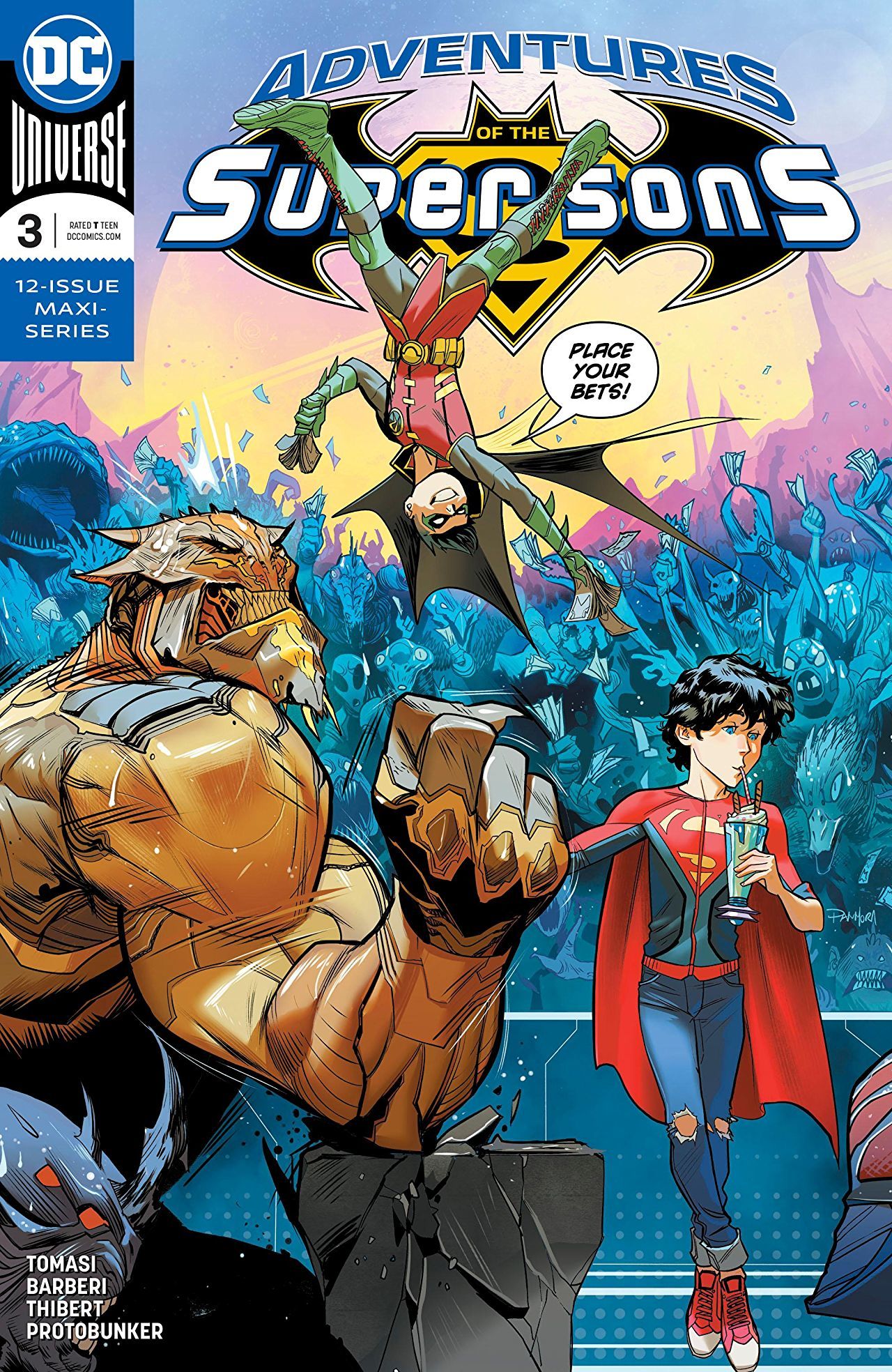 I am running out of ways to explain how much I adore Tomasi’s Adventures of the Super Sons. Throwing a mini-Legion of Doom in the path of Damian and Jon and then throwing the entire cast into deep space has made for some really strange sequences, and I absolutely love it. The entire pitch is such a strange homage to the past that plays with all our preconceptions of heroes and villains and in the process gives us a lighthearted playfulness that I appreciate.

At the end of Adventures of the Super Sons #2, we saw Damian open up a mysterious puzzle box that was revealed to have some red kryptonite and now we have a Red Superboy and a blue Superboy, and given how wholesome and good Jon is, it’s actually seeing his split personalities be absolutely belligerent as they try to navigate a way off the Gang’s ship. 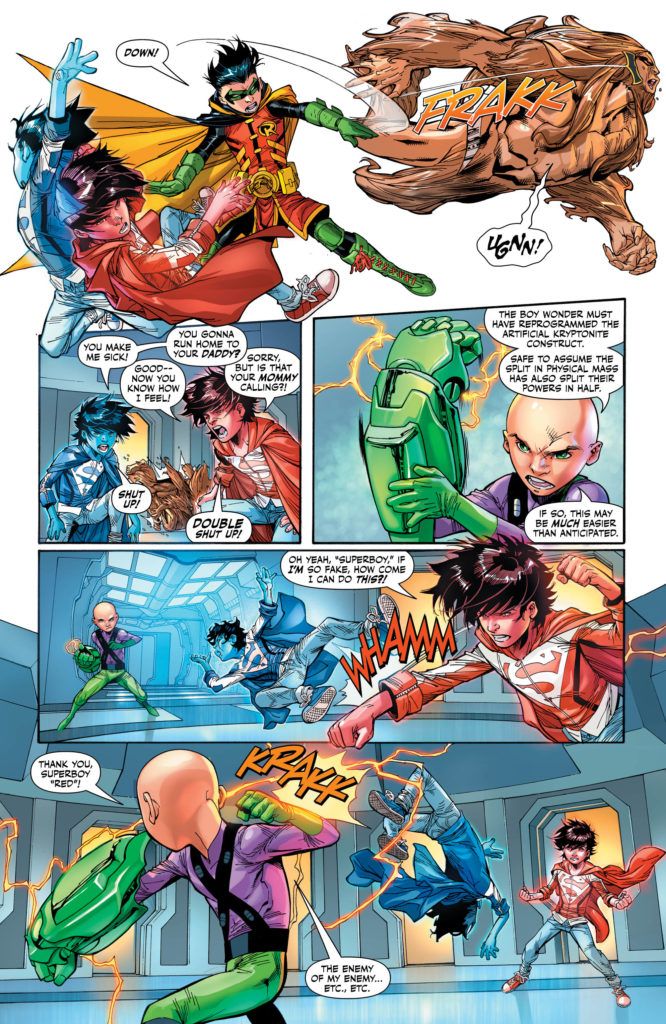 What follows is a prolonged fight scene where Barberi gets to show off some fantastic pencil work and Tomasi continues to showcase how great he is at writing children. It is such an underappreciated skill to getting kids’ dialog right. There is such a temptation to make smart kids speak like adults, when in reality they have their own rhythm and cadence, and Tomasi knows how to inject the right type of youthfulness into every line. It helps that Barberi captures wonderful expressions on each of the characters that plays perfectly with tone and features some stunning action freeze frames.

I love Damian’s cockiness, and I love how poorly Damian is handling the two Jon’s being that cocky. I love how the Gang, this mini-Legion of Doom, captures the exact type of kid who worshipped villains and tried to aspire to be like them because they thought they were “edgy” and “cool.” And I love the fact that the Super Sons have been jettisoned to space after spending so much time on Earth and how ridiculous the whole situation is. It’s just fun and bombastic and such a great palette cleanser to all of the darkness currently swirling in DC comics at the moment.