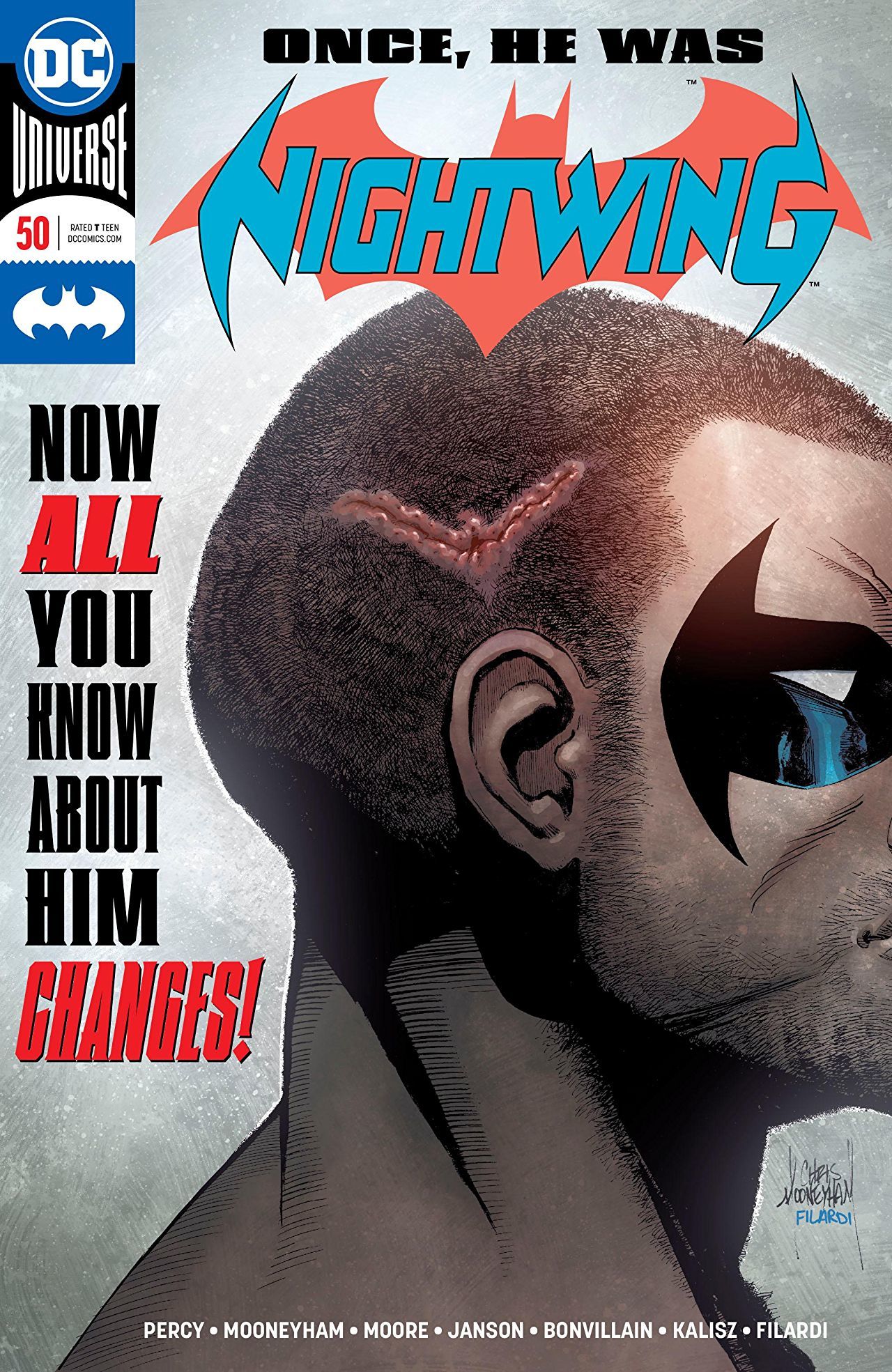 Now All You Know About Him Changes!

If you didn’t read Batman #56, you’re probably wondering why Dick Grayson has a prominent scar on the side of his head. And if you did read Batman #56, you’ve probably been stressing out over the aftermath. Well, I’m here to tell you that Percy is going to continue to stress you out when it comes to the fate of our favorite acrobatic vigilante.

Nightwing was shot square in the head, and it has taken a toll on him: memory loss, mood swings, blackouts, seizures, loss of motor function. All of these are so severe that the current Dick Grayson is essentially an entirely different character. The term tabula rasa, or blank slate, comes to mind. Even though he is nominally the same, watching this iteration of Dick Grayson feels like watching a stranger go through the action.

It’s a strange pivot from the conspiracy-ridden Dark Web arc. Percy spends a lot of time on analyzing how such a trauma reverberates throughout life and impacts everyone around a person. Layer that deep introspection with some flashbacks to Robin flying through the skyline of Gotham, and you have a somber story, a difficult story, a surprisingly honest story. 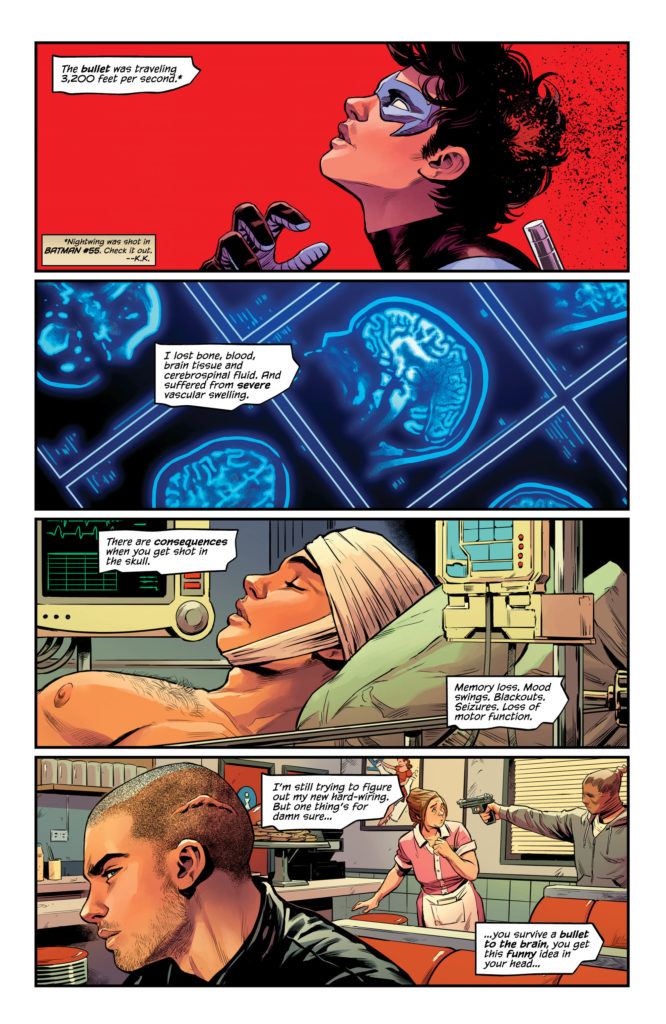 As Moore, Mooneyham, and Janson trade-off art, Percy bounces back and forth between time periods, and the entire issue looks gorgeous. Gotham of the past captures a sort of aesthetic you’d imagine from the old 90’s animated series, whereas Blüdhaven of the present has a much more film noir aesthetic. The two distinct visualizations really convey the disconnect between the two versions of Dick Grayson, and it tantalizes the reader with what will happen when narrative elements of the past become more pertinent in the present.

This isn’t exactly what I was expecting for the milestone issue of Nightwing, in that it’s not really a Nightwing story, as it is a Dick Grayson rediscovering who he is story. This brooding aftermath of horrible incidents is probably the biggest change up to the series in a minute. Still, I’m a fan of the creative team, and I am absolutely fascinated to see how the story is resolved.