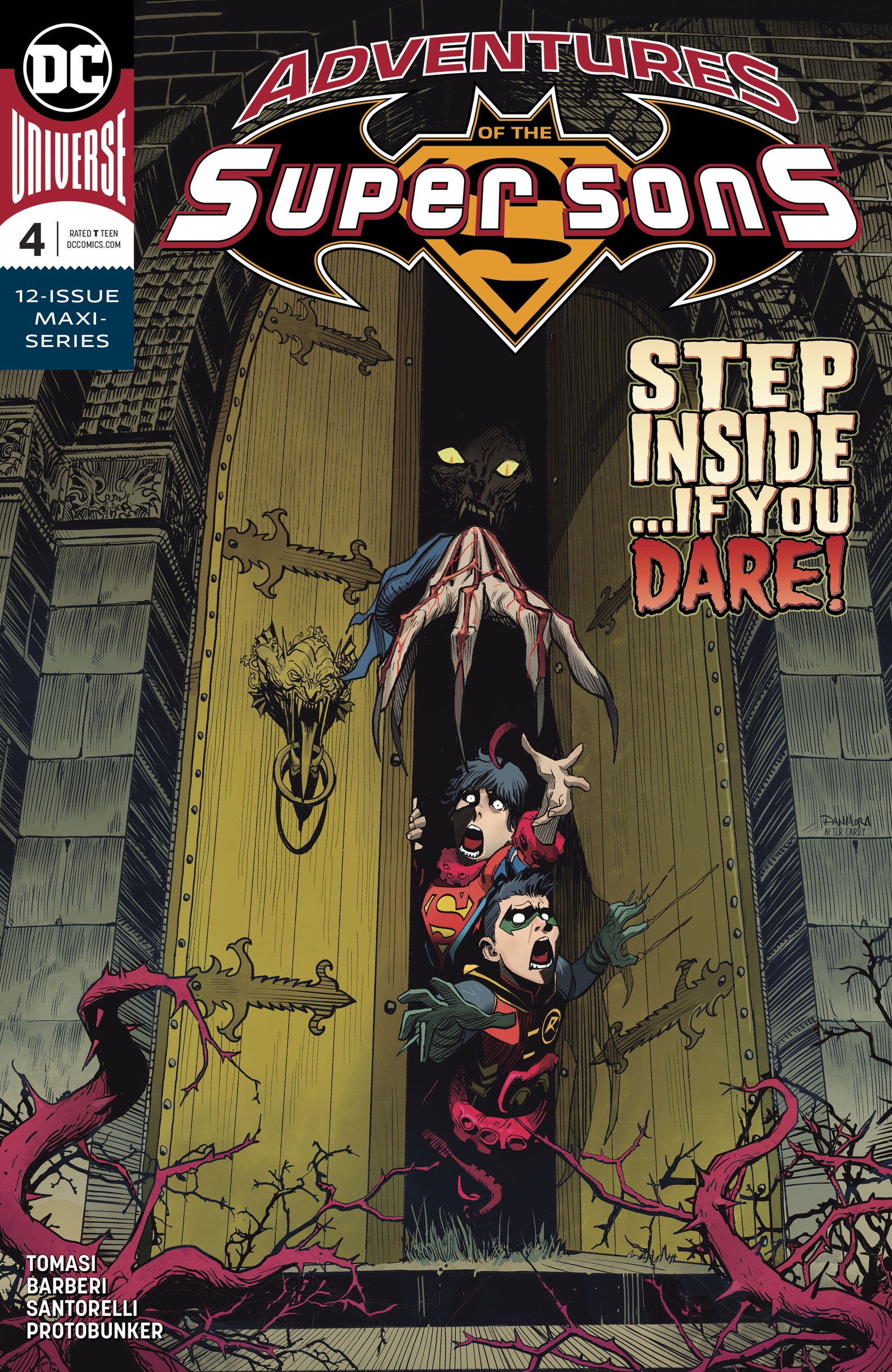 Adventures of the Super Sons #4 marks the end of the first of act of the series, or at least roughly marks that point. A third of the way through the 12-issue maxi series, I’m still utterly endeared to the World’s Soon-To-Be-Finest. Jonathan Kent and Damian Wayne are two of the brightest beacons of hope in the DC Universe, and their cosmic journey is the highlight of my day every time I get my hands on the latest issue.

At the end of the last issue, Joker Jr. was jettisoned into space only to meet up with the familiar B-List hero: Space Cabbie. Space Cabbie helps our quartet of young folk (if we’re counting Superboy Blue and Superboy Red) escape from the Gang and off to parts unknown. The Gang is left to muse on how they got into their current predicament, and Tomasi continues to play with the idea of fandom idolization weaving in a familiar motivation into our villains in a way that makes them…not sympathetic…but understood. 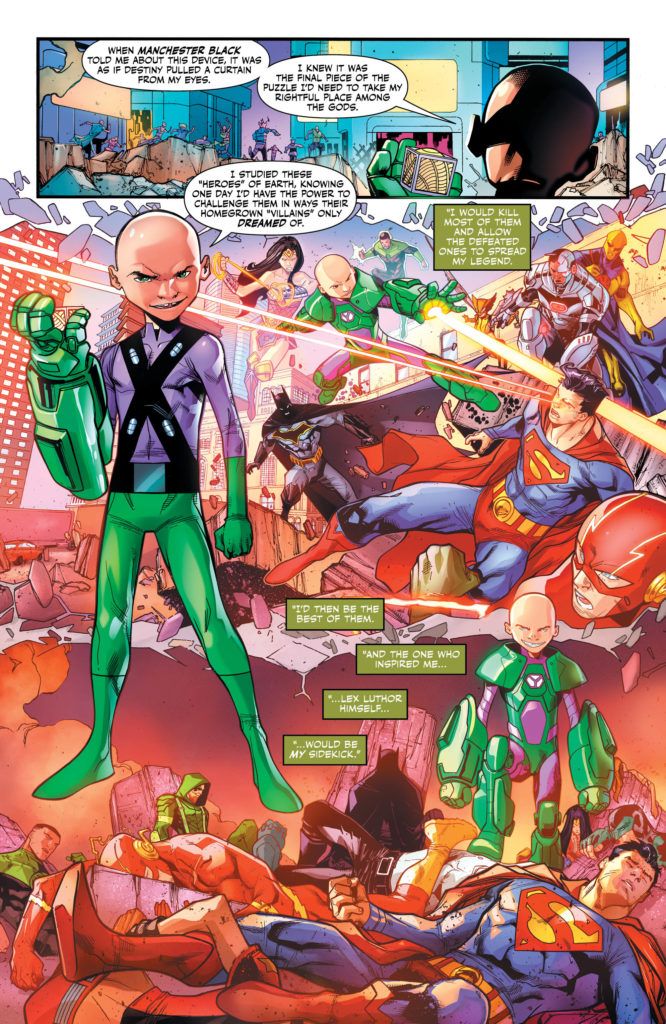 Issue #4 spends a lot of time in transit and transition. Jon and Damian are in the process of getting further away from home and after a series of shenanigans (including my single favorite line of dialog in 2018 so far: “Oh my GOD, Kent. You’re such a goody-two shoes, you’re inspiring YOURSELF!”), the duo find themselves in alien territory in pretty much every sense of the word. The new status quo makes for a very interesting launch the next segment of the series.

Everything about this comic is just brilliant. Tomasi’s script aside, Barberi’s artwork is absolutely top-notch and pops off the page with Santorelli’s inks and Protobunker’s colors. As I said earlier, this series is the bright beacon of hope in the DC Universe. It’s a whole post coming-of-age of story. If Super Sons was the traditional “we have to learn to work together by leveraging our uniqueness,” Adventures of the Super Sons is the mature follow up. The one where our heroes are tested against an antagonist who stands in opposition of their ideals. It’s my jam. It’s fantastic. Jon Kent and Damian Wayne deserve a full series run under Tomasi’s guiding hand. It’s just so whole and good.